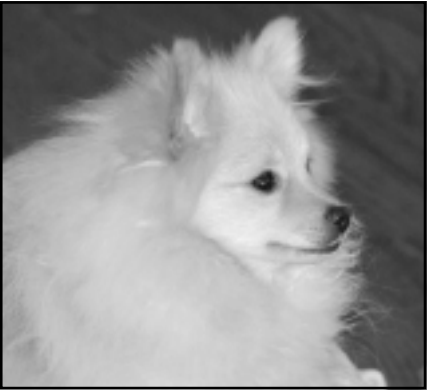 Joanne Levy has bred and exhibited Alaskan Malamutes since 1972 and has finished 17 champions. Last year, she and her husband shared their Rockland County, New York, home with seven Malamutes, one Akita, one Poodle, and two six-month-old Pomeranians.

Their peaceful life changed in December when Jonah, one of the Pomeranians, threw up his dinner. “Because his vomit contained a funky old apple from the tree outside and some asparagus fern, which is toxic to dogs, I thought he might have given himself a wicked tummy-ache,” Levy recalls. “I kept an eye on him, and during the night he vomited little circles of frothy white foam.”

The next morning, at her veterinarian’s office, Levy was asked whether any other dog in the household was sick. “If any of my other dogs had shown symptoms, they would have done a parvo blood test,” she says. “But because everyone else was fine, we approached it as a case of indigestion.

“If he didn’t improve by the next day, I’d bring him back.”

That night, Jonah’s symptoms advanced to bloody diarrhea and severe nausea. He stopped breathing, and Levy and her husband performed artificial respiration. Rushed back to the clinic, Jonah received IV fluids and other support therapies. But despite two days of intensive care and a vet bill approaching $2,000, Jonah died on New Years Day.

Three days after Jonah first showed symptoms, so did his brother, Micah. Three days later, eight-year-old Tyrone and two-year-old Vivian, both Malamutes, became ill. Levy caught their symptoms early because she kept all of her dogs confined and followed them individually to check for diarrhea. “Parvo’s diarrhea has such a specific, pungent, metallic smell,” she says, “that it viscerally imprints itself on the nasal passages. I believe I could diagnose any dog that has parvo by the odor of its feces alone.” Micah and Vivian were as ill as Jonah had been, but immediate treatment saved their lives. Tyrone had milder symptoms and did not require hospitalization.

Levy blames her vaccination protocol for the outbreak. In 1994, she stopped giving her adult dogs annual vaccinations and put her puppies on a reduced schedule of shots.

“For eight years I thought I was doing the right thing,” she says. “Then four of my dogs got parvo, three were hospitalized at great expense, and one of them died. I lost a spectacularly healthy, fat, robust, powerful, well-muscled six-month-old puppy who was in excellent condition and a joy to live with – to a disease that’s completely preventable.”

Now Levy is a vaccination advocate. “Losing Jonah was one of the most devastating experiences of my life,” she says. “I will never allow it to happen again. Parvo is terrifying because dogs that die from it suffer horribly and unnecessarily. I absolutely resent people who have their dogs on reduced vaccinations or who don’t vaccinate at all, for the obvious reason that all dogs, their own and others, are needlessly put at risk.”

Levy revaccinated her dogs for parvovirus and distemper and plans to repeat their vaccinations every two years. If she ever gets another puppy, she says she will probably alternate between parvo and distemper vaccinations until the puppy is six months old.

“To me the only valid argument is whether to give a multiple-vaccine cocktail or individual vaccines,” she says, “and I agree with those who favor individual vaccines. A month after vaccinations end, I’ll have the puppy tested. And I’ll keep him quarantined at home until I know he’s fully protected.”