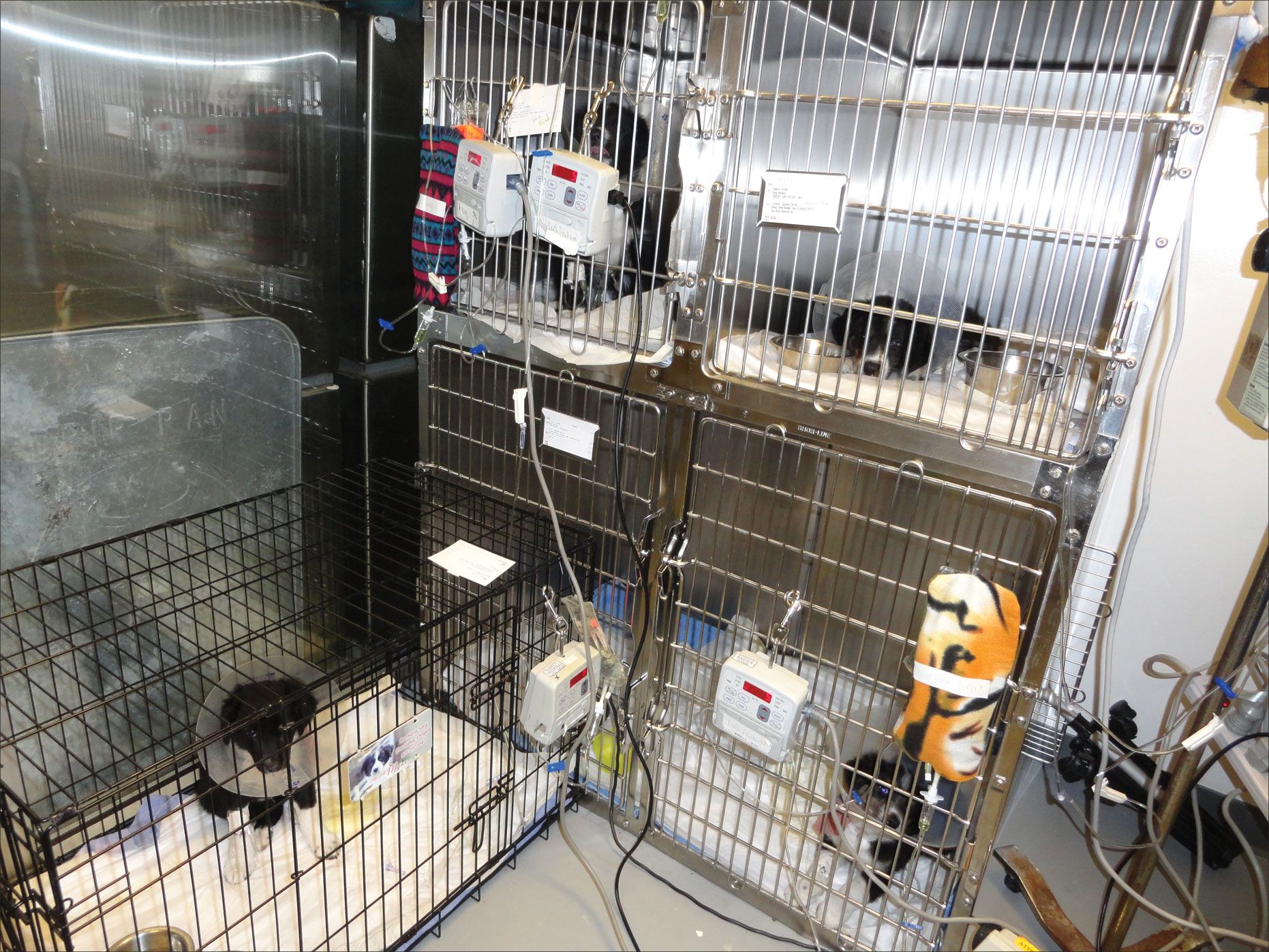 When experienced breeder Barbara Sorg noticed that Winks, one of her five 8-week-old puppies, was listless, not eating, and by nightfall was suffering from diarrhea, she hustled him off to her long-time veterinarian the next morning, a Tuesday.  The vet suspected that Winks had not tolerated the dewormer he’d been given Sunday. Although he had never left her property and had no suspected exposure, Sorg asked that he be tested for deadly parvovirus; her veterinarian discounted the possibility. Wednesday he was doing much worse. By Thursday, Winks had lost a third of his body weight along with his will to live. The SNAP test her vet finally administered confirmed that he was a victim of parvovirus. Sorg made the heartbreaking decision to euthanize him.

By Friday morning, all his surviving siblings had begun to vomit; fecal testing confirmed that they were also infected.   What was a dog owner of ordinary means to do?

The Scourge of Economic Euthanasia
When parvovirus first appeared in dogs the late 1970s, the new disease killed nearly every puppy and dog it infected. While researchers quickly got to work developing effective vaccines, veterinarians began evolving the supportive treatment protocols that would enable the majority of patients that were diagnosed and treated promptly to fight the viral infection, survive, and recover.

The standard of supportive care for “parvo puppies” is hospitalization with 24-hour veterinary care that includes intravenously administered fluids, antibiotics, anti-nausea medication, and electrolytes. The dogs who respond to treatment generally recover well enough to go home for continued nursing in five to seven days. Animals diagnosed, hospitalized, and treated before they are critically dehydrated and shocky stand an 80 to 90 percent chance of survival. That’s the good news from 30-plus years of veterinary experience.
The bad news: the cost of treating a single puppy or dog for parvovirus generally starts at around $1,200 in less expensive veterinary markets, and can rise to more than $5,000.

Owners of limited means with brand-new and very sick puppies, shoestring rescue groups, or breeders with four (or eight or twelve) vomiting pups and two kids in college are often offered two choices by veterinarians: A bill they cannot possibly pay, or “economic euthanasia.” Many find their hands forced to the latter option. The death rate from parvovirus among infected puppies and dogs therefore remains very high, even though “gold standard” supportive treatment is very effective at helping patients whose owners can afford it to survive.

An Effective Alternative?
A new treatment protocol that has been tested at Colorado State University is meant to correct that tragedy. Researchers at the CSU College of Veterinary Medicine & Biomedical Sciences Veterinary Teaching Hospital conducted a clinical study of an outpatient parvovirus treatment protocol that is aimed at permitting owners – including shelters and rescues – to treat their sick dogs at home, under veterinary monitoring and supervision. The study was funded by Pfizer Animal Health, which produced the antibiotic and anti-nausea drugs that were tested. (Pfizer recently spun off its animal health division and renamed it Zoetis.)

The protocol was tested on dogs and puppies whose owners were unable to afford “gold standard” hospital care at private practices in Colorado, and were facing the prospect of economic euthanasia. The 40 dogs were randomized into a control group that received the standard in-patient treatment, and a study group that were cared for by veterinary students in a simulation of outpatient supportive care.

The results were dramatic. Ninety percent of the dogs in the control group survived with “gold standard” care administered at a veterinary teaching hospital, which is in line with usual expectations. The exciting news: 80 percent of the dogs in the study group survived, thanks to the new protocol, which can be administered by a non-veterinarian who is available for around-the-clock nursing care and willing to give injections.   (One puppy worsened under the study protocol and was moved to the control group, where he received the conventional intensive care treatment and recovered.) Eighty percent is not as good as the hospital protocol’s 90 percent, but significantly better than the 10 percent survival rate of untreated animals, and the 0 percent survival rate of dogs who are euthanized due to lack of funds for treatment.

The cost of the drugs and fluids used in the outpatient study group is about $200 per animal, according to Lauren Sullivan, DVM, DACVECC, the principle investigator for the parvo study. However, these are not the only treatment costs that a pet owner will incur; Dr. Sullivan stresses that all the dogs in the study were stabilized with intravenous fluids and had their electrolytes evaluated before being placed in the study or control group. Owners will have to pay for a SNAP test to diagnose the disease, daily monitoring, and further testing to determine when the dog has ceased to be infectious after recovery. These costs will vary depending on the location and type of veterinary practice, but at the CSU hospital, Dr. Sullivan estimates that the total cost of treatment would be about $400. Contrast that with $2,000 to as much as $5,000 for the gold standard hospital treatment that she says would be her choice if her own puppy contracted parvo tomorrow.

Dr. Sullivan also stresses that the outpatient protocol may not be effective for the most vulnerable patients – especially young puppies of small breeds, who are less able to maintain cardiac stability and blood sugar levels, and require aggressive monitoring of both variables.

The Cost of No Options
Barbara Sorg’s four surviving puppies are fortunate little tykes. Yes, all four got treatment, and all four recovered.

While Sorg confronted the reality that she could not front the cash to treat Winks’ siblings, and prepared for a gut-kick of a decision, help came from unexpected quarters.

The expectant owners of one pup told her to start treating him – they would pay what it took to save the pup that they had never met. A family member offered her a loan, to be repaid when she could. Her friends in the agility community began an online fundraiser that was publicized on social media, and taken up by both agility competitors and members of her breed community. Not only friends and colleagues, but also strangers contributed toward the puppies’ care.

Barbara Sorg may not have had the cash up-front to save her puppies, but as a member of caring dog-sports and breed communities, she had unexpected resources – resources not available to a less-connected pet owner, or even many nonprofits. Sorg calculates that the cost to diagnose and treat all the pups in-hospital (a different clinic than the one that missed the diagnosis) has topped $16,000 – including the charges for Winks, the one who didn’t make it.

That new veterinarian told her that 90 percent of the clients whose dogs receive a parvovirus diagnosis at that clinic end up euthanizing their pets.

What’s Next?
The CSU study has been presented to the veterinary community and its protocol is online for any interested veterinarian to use with clients who cannot afford hospitalization, but the study has not yet undergone peer-review and journal publication.

It’s important to note that this initial study does not address one of the most important factors in any medical treatment – compliance. The “outpatient” protocol was administered by veterinary students in a supervised, clinical setting. Dr. Sullivan would like to see larger studies that examine the effectiveness of the protocol when owners administer it in their homes.

Pet owners, breeders, and shelter and rescue personnel will vary in their discipline and compliance, and the variation in their diligence will affect the outcome of treatment. Dogs treated with the outpatient protocol still require 24/7 nursing care. Owners who must work or attend to other commitments will be unable to provide this level of attention. Shelters will need to train staff or volunteers and set up shifts in order to ensure continuous care and maintain infection control.

Dr. Sullivan says that she has seen a lot of interest in the outpatient protocol from veterinarians serving impoverished communities, where a combination of chronic low vaccination rates and cash-poor owners means that parvo death rates are persistently high. Veterinarians on reservations and who do international work, who serve poor urban and rural communities, or who just have a middle-class client who cannot front the cost of a new Lexus to save a litter of 10 puppies, are “in the trenches” and want to be able to offer an effective alternative to nothing to their clients who love their dogs. – Heather Houlahan

Heather Houlahan lives on a small farm near Pittsburgh, where she has recently learned that one of the things one should not do while raising her SAR partner’s litter of beloved puppies is research and write about parvovirus.

More Info: The Colorado State protocol can be found here 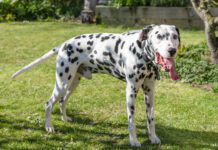