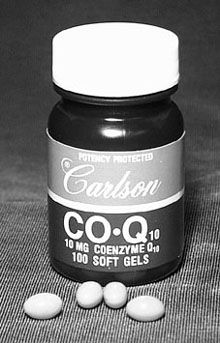 Who hasn’t heard of CoQ10? A powerful antioxidant, coenzyme Q10 is one of America’s most popular supplements. Literally every cell of the body contains CoQ10. In fact, its other name is ubiquinone, reflecting its widespread distribution in the body.

CoQ10 is most concentrated in the mitochondria, the portion of cells that produce energy. The heart and liver contain more mitochondria per cell than other body parts and thus contain the most CoQ10. Human and animal deficiencies are not yet well understood, but low CoQ10 blood levels have been reported in patients with heart disease, gingivitis (inflammation of the gums), morbid obesity, muscular dystrophy, and AIDS.

Not everyone agrees that CoQ10 works. Bruce West, DC, dismisses CoQ10’s popularity as unsubstantiated hype. In the November 2000 edition of his popular Health Alert newsletter, Dr. West cites a double-blind study showing CoQ10 to be useless in the treatment of congestive heart failure in humans. He expects CoQ10 supplements to simply die a slow death. “It will be around for years, create plenty of millionaires, and then disappear,” he predicts.

Yet other studies have shown completely different results, and many holistic veterinarians and physicians credit CoQ10 for improving their patients’ health dramatically. One explanation may be the type of CoQ10 that is used, as oil-based preparations are usually considered more effective or more easily assimilated than powders. Oil-based CoQ10 is sold in soft gel caps, while crystalline CoQ10 is sold in capsules, tablets, or powders.

Like many veterinarians, Stephen Blake, DVM, of San Diego prescribes daily doses of one milligram (mg) oil-based CoQ10 per pound of body weight for dogs with congestive heart failure and twice that amount (two mg per pound of body weight) if powdered CoQ10 is used. Similar recommendations are common for dogs with gum disease and other health problems.

The October 2001 issue of the Townsend Letter for Doctors & Patients offers additional insight. In a short article, retired chemist Wayne Martin describes his conversations with two leading CoQ10 researchers, Karl Folkers and William Judy. Martin’s friend Karl Folkers, Ph.D., who died in 1999, discovered vitamin B12 in 1948 and later worked with CoQ10 at the University of Texas at Austin and at an institute he founded. According to Martin, Professor Folkers hoped for a better way to get CoQ10 into blood circulation, as the crystalline form of CoQ10 does not pass easily through intestinal mucosa. Because CoQ10 is fat-soluble, Professor Folkers recommended taking it with a teaspoon of coconut oil.

William Judy, Ph.D., a colleague of Professor Folkers, investigated the treatment of hormone-refractory prostate cancer with CoQ10. He discovered that one way to improve the absorption of CoQ10 into the blood circulation is by melting it. Coenzyme Q10 melts at 104 degrees Fahrenheit, which is only slightly above normal body temperature. In Dr. Judy’s highly successful trial, patients taking CoQ10 consumed it in a cup of hot coffee or tea to which fat was added.

How to Give CoQ10 to Dogs

A dog’s normal body temperature (100.5 to 101.5 degrees F) is higher than the normal human temperature but still lower than the melting point of CoQ10. “If one can get a dog to drink warm water,” says Martin, “this should be a good way to give coenzyme Q10 to a dog.” Consider stirring the appropriate amount of CoQ10 into a small amount of hot water to which you have added a teaspoon of coconut oil or butter. Most dogs enjoy the taste of fats and oils, which simplifies its delivery. If necessary, the water/CoQ10/oil mixture can be poured over a favorite food.

In our follow-up interview, Martin explained that all of the world’s CoQ10 comes from a single Japanese supplier. Supplement makers may mix it with oil or put it in different types of capsules or tablets, but the main ingredient of all these products is identical.

Considering the price of CoQ10 supplements, it is reassuring to know that with the help of hot water and a small amount of saturated fat, inexpensive CoQ10 can be more easily absorbed and more thoroughly assimilated than the most expensive oil-based CoQ10 gel cap.

CJ Puotinen is the author of The Encyclopedia of Natural Pet Care, Natural Remedies for Dogs and Cats, and several books about human health including, Natural Relief from Aches and Pains, published last summer. She and her husband live in New York with Samantha, a nine-year-old black Labrador Retriever, and two cats. 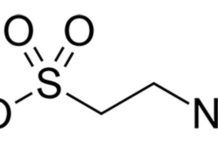 Cayenne for Canines: They’re Not Too Hot! 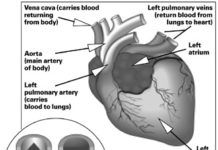