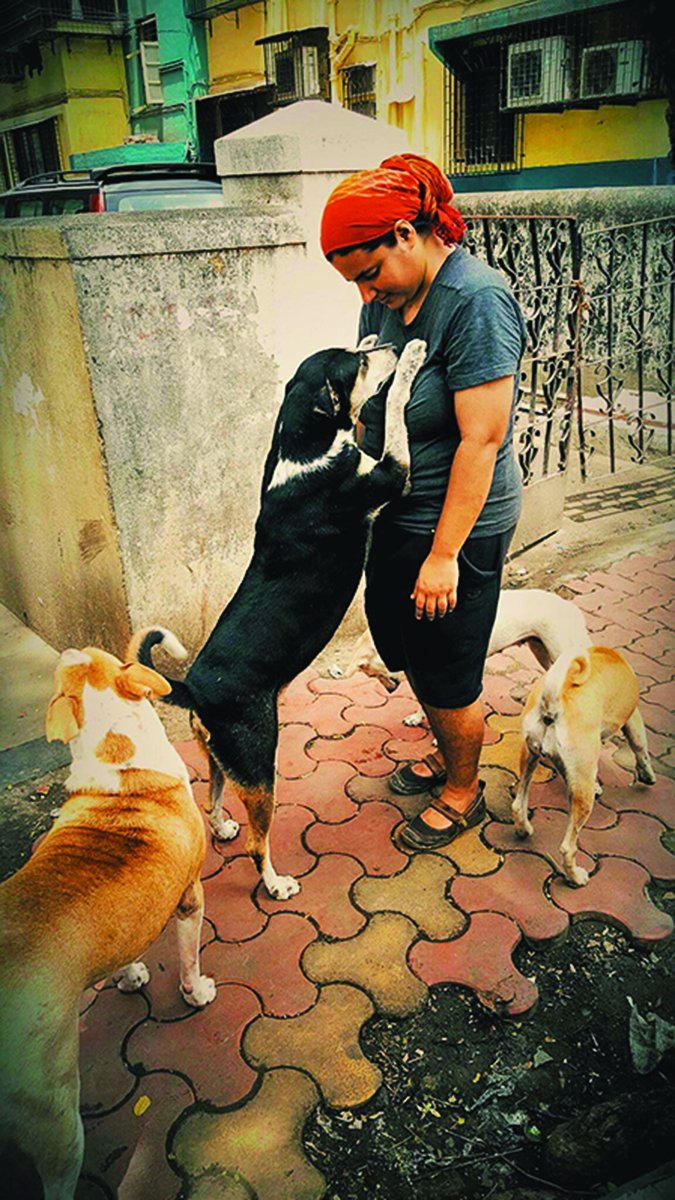 Anyone who lives with dogs is aware that dogs are almost universally attracted to meaty foods and treats. Trainers use these preferences to select different levels of “treat value” for dogs and almost invariably, the treats that are of highest value to a dog are those that have a meaty texture, smell, and (we assume) taste.

It is also true that most dogs are highly attracted to and readily consume high-protein diets that include cooked, extruded, or raw meat of various types.

Are these preferences a vestige of the dog’s predatory past? If so, are such preferences something that dogs are born with, or is there a strong influence of learning and environment on our dogs’ apparent taste for meat?

A recent set of experiments conducted by researchers who study free-ranging dogs in India asked these questions and provide us with some new information.

Free-ranging dogs exist in numerous countries around the world, including Mexico, Italy, Nepal, Japan, many African countries, and India. They survive almost entirely by scavenging and occasionally augment their diet by begging and hunting small animals.

In India, the history of free-ranging dogs is well-documented, extending back to the 9th century BC and representing more than 1,000 generations of dogs.

Indian free-ranging dogs consume a diet that is rich in carbohydrate (biscuits, bread, and rice) and relatively low in protein. The protein that is consumed is in the form of scraps of meat or fish adhering to bones, decomposing meat, and carcass remains.

Domestic dogs are better adapted to scavenging and a diet that is higher in carbohydrate foods than were their wolf-like ancestors because of changes in foraging behavior (increased scavenging/decreased pack hunting) and an enhanced ability to digest starch (increased copies of the gene AMY2B, the gene that codes for pancreatic amylase; for more about this, see “Dogs and Carbs: It’s Complicated“).

However, just because dogs can consume and digest diets that contain a high proportion of carbohydrate (starches), it does not necessarily follow that they prefer such diets or that it is the healthiest or best way to feed them.

Although the study of these free-ranging dogs could shed light on many interesting questions, the two that the Indian researchers attempted to answer were: “Do dogs have a strong preference for meat in their diet?”  and, “If so, is such a preference innate (are puppies are born with this preference) or is it reliant upon or strongly influenced by learning?”

In the first study, the researchers offered 30 free-ranging dogs a variety of food choices in four separate experiments:

• The dogs selected between bread, bread soaked in gravy, and cooked chicken in the second experiment.

• The third offered the dogs choices between dry dog kibble or bread soaked in varying concentrations of chicken broth.

The purpose of this final set of choices was to separate the factors of meat smell from nutrient (protein) content, because dogs have been previously shown to be capable of self-selecting a diet according to its macronutrient (protein/fat/carbohydrate) content.

The following preferences were found in the adult, free-ranging dogs:

Smell beats all. When the dogs were offered kibble (high protein food) or bread (low protein food) soaked with varying concentrations of chicken broth, they consumed all of the foods equally, showing no absolute preference in terms of the quantity that was consumed.

However, the order of selection depended completely upon how much chicken broth was soaking the food, regardless of its nutrient content. In other words, the dogs chose according to smell, not in accordance with the actual amount of meat protein present in the food.

Rule of thumb: Choose the food that smells the most intensely of meat first. The cumulative results of the four experiments support the existence of the above rule of thumb for food choice. This means that the dogs preferred foods that smelled of meat (but that were not necessarily good sources of protein) over those that smelled less meaty, even when the less meaty-smelling foods actually contained more meat ingredients and a higher protein content.

This of course, makes sense, since in nature, a stronger meat smell is highly correlated with high meat and protein content and invariably predicts higher meat quantity. This relationship only becomes skewed when clever experimenters enter the picture and mess with it.

The authors concluded that while domestic dogs have adapted a scavenging lifestyle, they appear to have done so without giving up a strong preference for meat. They suggest that while the domestic dog has indeed evolved to more efficiently digest carbohydrate and exist on a carbohydrate-rich scavenged diet, they continue to be strongly attracted to the smell of meat and preferentially select meaty-smelling foods. (Not surprising at all to most dog owners; but again, good to have science backing up experiences and beliefs).

But wait, they’re not finished. The same researchers then asked, “Are domestic dogs born with a preference for meat, or is it a learned trait?”

The researchers conducted the same series of the experiments described above with the puppies of free-ranging dogs. The puppies were 8 to 10 weeks of age at the time of testing. Using a clever design, they found that:

Puppies do not discriminate. Unlike the adult dogs, puppies near weaning age showed no clear preference for foods that smelled strongly of meat and chose each food selection equally, regardless of how intensely the food smelled of meat.

Dogs use a sniff and snatch strategy. While the adult dogs tended to first smell and inspect all available food choices before choosing and consuming one, puppies did not show this behavior. Rather, they would smell a food, eat it, and then move to the next food, showing little to no preference. The vast majority (89 percent) of choices made by puppies followed this behavior pattern.

The authors speculate that because puppies consume a protein-rich diet in the form of their mother’s milk, there is little selective pressure for an innate selection bias toward the smell of meat.

It is only after weaning, when pups begin to scavenge, that preferentially selecting foods that smell like meat (and are correlated with a high protein content) becomes important. They suggest that, as has been shown in a number of other species, puppies learn their food selection preferences from the mother (i.e., cultural transmission of knowledge) and then as they mature and begin to scavenge, operantly.

Take-Away for People with Pet Dogs

The first study’s results with adult, free-ranging dogs tell us that the dogs in this set of experiments were selecting foods based primarily on smell rather than an ability to discern actual meat content. The adult dogs were operating under the (pretty efficient) rule of “If it smells like meat, eat it.” (We all know and love dogs who do this!)

This strategy is probably strongly selected for in environments where resources are limited, there are few energy- and protein-dense foods available, and competition between dogs is high. This is not really a surprising result – except for the fact that the authors found that the scent of meat was more important than the food’s actual meat (or protein) content.

Newly weaned puppies, in contrast, lack this choice bias and appear to learn to choose “meaty” foods after weaning, either from the food choices of their mother, operantly, or most likely, a combination of the two.

So, what does this tell us about feeding our own dogs? These results suggest that while dogs are predisposed to enjoy the taste of meat ingredients and clearly prefer these foods, puppies do not appear to be born with an attraction to the smell of meat per se; these preferences are influenced by learning early in life.

On a practical level, these data, along with those of earlier studies of taste preferences in dogs, tell us that the foods that are offered to a puppy at a young age should be expected to strongly influence the pup’s food and taste preferences as an adult dog.

An Advocate for “Streeties” in Mumbai

The photos we used to accompany this article were taken by Aditi Joshi, a street-dog advocate who lives in Mumbai, India, a city that is home to an estimated 250,000 street dogs. Several government agencies and NGOs are involved in vaccination and sterilization programs, as well as treating severely injured and ill street dogs, but they do not address everyday caregiving. There are adoption programs aimed at finding homes for these dogs, but the vast majority of dogs in the city continue to live as street dogs.

By last count, Aditi’s neighborhood is home to 76 “streeties,” as the dogs are affectionately called. Over the years, Aditi has worked to build a culture of stewardship that views the streeties as companions for which the community shares responsibility, thus helping to bridge the gap in the care they receive. She has built a loose network of people in her neighborhood – residents, shop owners, street vendors, domestic workers, garbage collectors, delivery personnel, dog walkers, and doctors – who assist in caring for these resident dogs in varying capacities. Through this network, she coordinates preventative health care (vaccinations and sterilization), provision of shelter and food, grooming, and emergency care in the case of injury or illness, both on site and in her home.

“When cared for, these healthy, settled dogs are the best buffer for minimizing human-animal conflicts and maintaining public health,” Aditi says. “This is also integral to keeping pet dogs in the community healthy, disease-free, and safe.”

Aditi’s biggest challenge is building positive human-animal relationships in a context where many people still fear and misunderstand street animals. Her current goal is to create a sustainable and scalable program to teach people about safely interacting with dogs, and to teach street dogs skills that would smooth their integration into human environments.

To help achieve that goal, Aditi is currently enrolled in the prestigious Academy for Dog Trainers (founded and led by Jean Donaldson) and is working on the development of curriculum for her street-dog education program. If you’d like to see a video about how Aditi trains street dogs, or to help support Aditi’s work for street dogs in Mumbai, see her GoFundMe page. 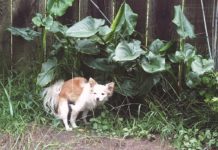 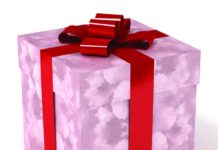 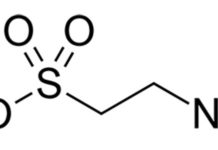