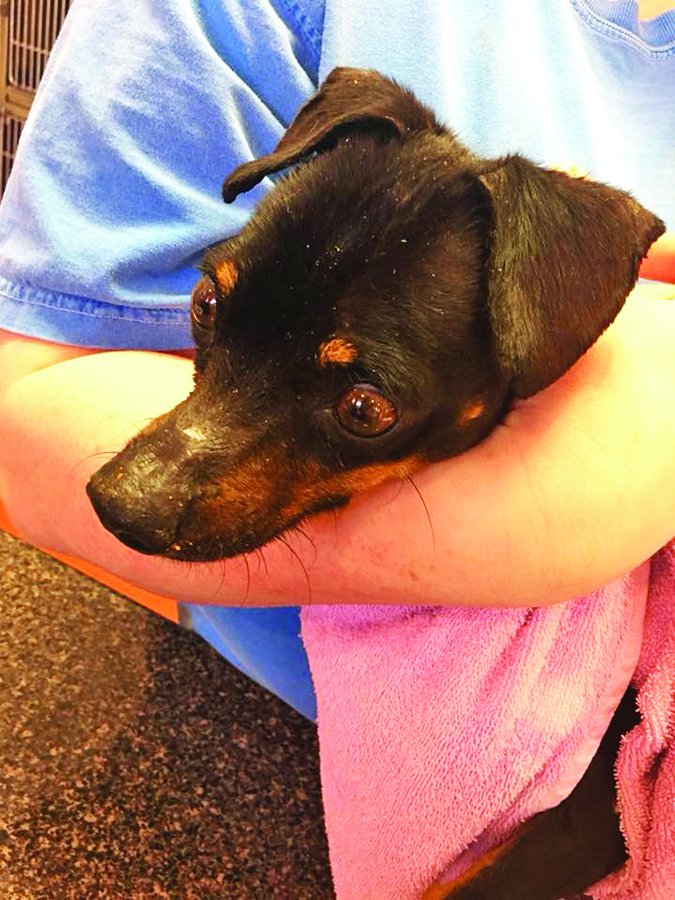 Your canine companion is walking calmly with you one minute, and the next, a rabbit! Off streaks your dog, ignoring your calls and bent on chasing the rabbit. Unfortunately for him, he doesn’t notice the rusty old wire fence stretching across the landscape and runs right through it. Abashed, he returns to you with superficial wounds from the barbed wire on his legs and face. Your mind races: Do dogs get tetanus? Should your dog get a tetanus shot now?

Yes: Dogs can get tetanus. But, no, you couldn’t get him a tetanus vaccine even if you wanted to.

Fortunately, tetanus is relatively rare in dogs. Horses and humans are more susceptible to tetanus, while cats are highly resistant. Dogs fall somewhere in the middle of this spectrum – but it does happen. As an emergency veterinarian, I have personally seen two cases of tetanus in dogs and read of several others.

The disease arises from the bacteria Clostridium tetani, which is introduced into the body via wounds. C. tetani is naturally present in some soils. Despite what many people think, C. tetani is not a particular hazard of rusty metal; it’s the dirt on rusty metal – as well as metal that is not at all rusty! – that carries C. tetani into a wound.

Another surprise is that the bacteria itself is not the problem. Rather, the tetanus malady is caused by a neurotoxin (“tetanospasmin”) that is produced by the bacteria after it is introduced to an oxygen-deprived setting (as in puncture wounds) and it begins to reproduce. The toxin binds to tissue in the nervous system and causes the classic signs of tetanus. In dogs, these signs include painful muscle contractions and stiffness or rigidity of the limb nearest the site of infection. This can progress to generalized signs that include rigidity in all four limbs known as the “sawhorse stance.” The more classic presentation of tetanus is a dog with rictus sardonicus (“sardonic grin”). The ears are pulled tightly back, as are the lips. The eyes bulge, and the dog appears to be grinning.

Treatment for tetanus consists mainly of general supportive care while the dog’s nervous system recovers from the damage caused by exposure to the neurotoxin. Dogs with generalized tetanus cannot walk. They require attentive nursing care with soft bedding, frequent rotation to avoid decubital ulcers (“bed sores”), hand feeding or feeding by a nasogastric or gastric tube, assistance with expressing their bladder, and minimal stimulation. Recovery can take weeks or even months, but if they are provided with excellent nursing care, many dogs will survive.

So, back to your furry friend and his barbed wire injuries. He has wounds on his nose from rusty metal. Now what? Shouldn’t he receive a tetanus vaccine?

As it turns out, he can’t! There are multiple FDA-approved tetanus toxoid vaccines for humans, horses, and sheep. Unfortunately, there are none for dogs. Since tetanus is relatively rare in dogs, the sales of a tetanus toxoid vaccine for dogs would likely never pay off the expense of its development by a pharmaceutical company, so it’s no surprise that it hasn’t yet been developed. Money aside, there are also ethical considerations to vaccine development: To study whether a toxoid vaccine works in dogs, researchers would be required to infect dogs with tetanus and then treat them. The infection and resulting illness, treatment, and possible side effects of the vaccines would cause significant suffering and some deaths in the research animals. On balance, the endeavor hasn’t yet appealed to any vaccine developer.

Since there is not a readily available vaccine against tetanus for your dog, how can you protect your dog from the condition?

First and foremost, you should clean any wound thoroughly and with care, following the suggestions in the accompanying article.

Bites and puncture wounds are at special risk of developing tetanus; bring these to your vet!

Next, monitor your dog carefully after he sustains any open wound. If you notice stiffness at the site of the injury, do not wait to have your dog seen by a veterinarian. The more quickly tetanus is detected and treated, the better your dog’s prognosis will be. 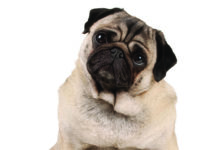 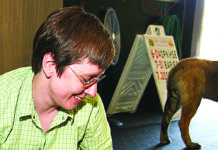 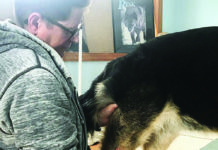