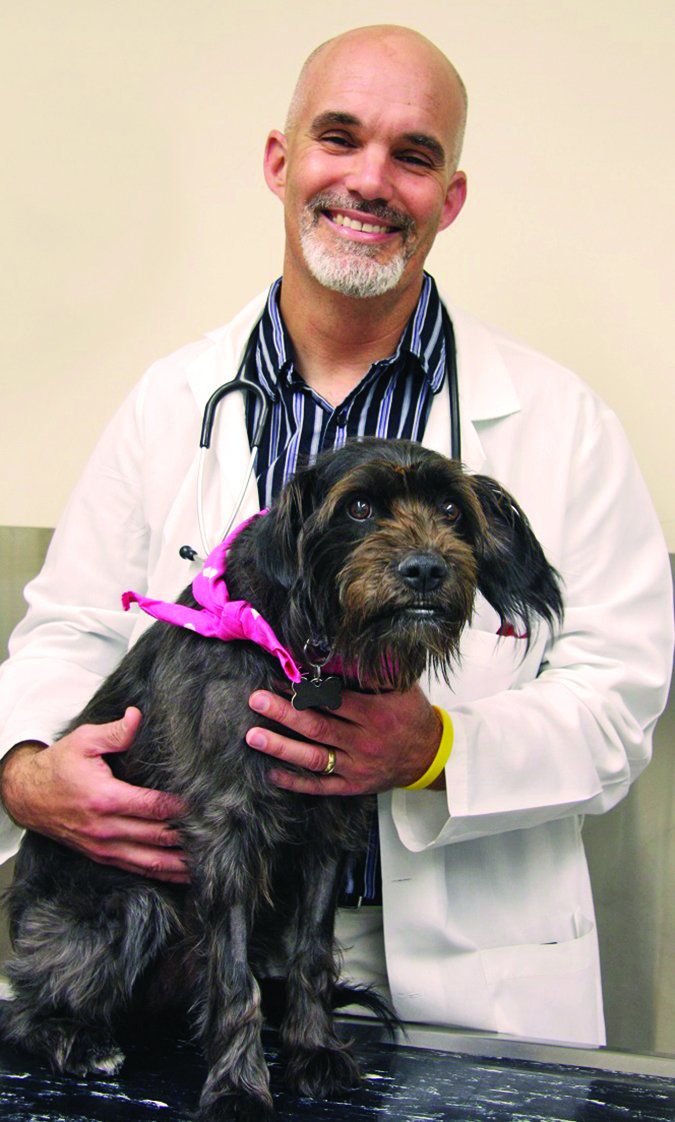 Osteosarcoma is the most common type of bone tumor diagnosed in dogs, affecting an estimated 10,000 dogs each year in the U.S. alone. Too many owners are aware that this disease can be extremely aggressive with a poor prognosis.

In October 2018 at the Veterinary Cancer Society annual conference, researchers from the University of Missouri presented their initial findings of a clinical trial of a new patient-specific targeted treatment: a vaccine created from the dog’s own tumor that harnesses the power of the dog’s immune system to eliminate the cancer.

The team partnered with ELIAS Animal Health to evaluate ELIAS’ Cancer Immunotherapy (ECI). Fifteen privately owned dogs (not laboratory animals) with osteosarcoma were enrolled in the study. The 10 dogs who completed the therapy (consisting of the ECI vaccine and protocol) experienced extended survival times – a median of 415 days of remission. This greatly exceeds the median remission time reported for osteosarcoma patients receiving amputation and chemotherapy (about eight to 12 months). Half of the dogs who received all aspects of the therapy are still alive, without disease, well over a year and a half later.

Further, the study found the treatment to be safe and tolerable. Chemotherapy can have toxic side effects and destroy healthy cells, so it’s really exciting that “it’s the first time that dogs with osteosarcoma have experienced prolonged survival without receiving chemotherapy in a clinical trial,” says Jeffrey M. Bryan, DVM, PhD, DACVIM Oncology, professor of oncology at MU’s College of Veterinary Medicine and director of the school’s Comparative Oncology Radiobiology and Epigenetics Laboratory.

How the Bone Cancer Vaccine Works

The treatment involves a two-part protocol that takes about 60 days. Surgical removal of the patient’s tumor by a veterinarian is the first step. The cancerous tissue is sent to the ELIAS lab where a patient-specific vaccine is produced and returned to the vet. The vaccines are administered on a weekly basis to activate the dog’s immune system T cells to recognize his cancer.

The second step begins two weeks after the first step is complete. Using apheresis (a procedure that separates blood cells), a specialty center harvests the cancer-specific Tcells generated by the vaccine from the dog. These T cells are sent to ELIAS, where they undergo a proprietary process to produce a tumor-specific population of activated cancer-killing T cells. These are, in turn, sent back to the veterinarian for administration to the dog.

The ELIAS process activates the dog’s lymphocytes, priming them to identify, attack, and destroy the dog’s unique tumor cells. This immunotherapeutic approach targets specific cancer cells; it does not destroy other rapidly dividing cells like chemotherapy does.

While the vaccine is not a preventative and is therapeutic only after diagnosis, “the body also develops a memory of immune targets, which may lead to long-term control of tumors,” Dr. Bryan says. This could mean significant advances in survival and disease-free intervals.

The treatment is available through ELIAS Animal Health. “The collection of the tissue and administration of the vaccine and T-cell infusion could be performed by any veterinarian trained in the procedures,” Dr. Bryan says. For more information about ECI and whether your dog is a candidate for treatment, see EliasAnimalHealth.com.