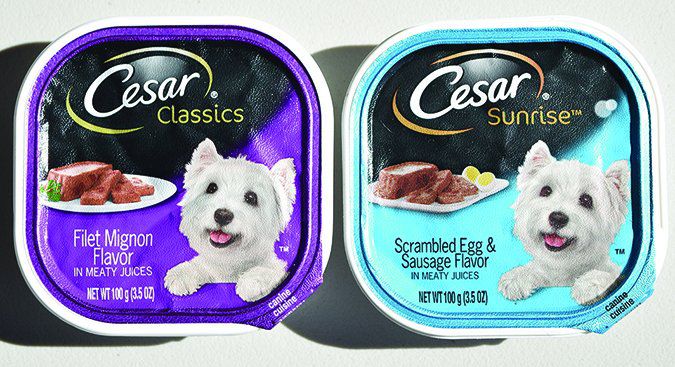 Whole Dog Journal is in its 20th year of publication. Coincidentally, the age of modern pet food is also about two decades old. Before that, dog foods were made almost exclusively with byproducts of human food manufacturing – ingredients that would be wasted if not for their inclusion in pet food or animal feed.

The 2017 WDJ-Approved Dog Food List is available to subscribers here.

Around that time, however, a few small companies introduced some exciting new dog foods. Historically, canned dog foods were a handy place to utilize parts of food-animal carcasses that couldn’t be used in human food products, ingredients with the anonymous designation of “meat” or the even more dubious “meat byproducts.” But these new pet foods contained named meats, like chicken and beef. Exciting! In our inaugural review of “top quality dog foods” in 1998, we found precisely five companies that were marketing outstanding new products like this.

The next year, there were a few more, and the year after that, more still.

Eventually, the trickle turned into a flood. While there are still many pet foods made with byproducts, the “natural/holistic” or “super premium” category (as the industry alternately refers to this niche) has grown faster than any other segment of the pet-food market.

The growth of this category hasn’t been lost on the global pet food giants. Though the world’s biggest pet food companies traditionally make competitively priced foods that are sold in mass quantities in mass markets (such as grocery chains and big-box stores), today, most have been drawn into the natural/holistic/ultra-premium game – to some extent, anyway. All of the biggest pet food makers in the world now offer one or two lines of products that have been slightly upgraded from the usual big-box fare. In most cases, though, the giant food manufacturers’ commitment to this niche runs out at about the third or fourth ingredient on the label; then it’s business as usual.

How Do You Choose a Can of Dog Food?

It’s great for our dogs that there are so many good foods on the market today. But the wide range of options makes the task of selecting foods a bit more challenging. It may be a nice problem to have, but for owners who don’t know where to start, it is a problem!

Since WDJ’s inception, we’ve described how we recommend selecting pet foods; we share our selection criteria in every food review (here’s our newest: “Canned Dog Food Selection Criteria“). This explains the absolute basics of “what to look for and what to look out for.” Armed with this information, you can identify the better-quality foods in any group of products.

But there are also a number of factors that you should look at with an eye toward feeding your dog or dogs – and you should be open to the idea that each of your dogs might do best on different foods. It seems crazy to even have to say it, but all dogs are individuals, just like us. Some can eat the canine equivalent of a pint of Ben & Jerry’s every night and stay slim; others need their fat intake strictly limited, lest they develop an attack of pancreatitis.

When buying a food with a specific dog in mind, consider the following:

Note: If you’ve bought a food with a smaller amount of “minimum crude fat” on the label and your dog is still not losing any weight, contact the manufacturer and ask for the exact amount of fat in the food. The numbers that are listed in the “guaranteed analysis” are minimum amounts, and a food (especially a canned food) might contain a good bit moreW than the minimum amount guaranteed.

3. Protein. The amount of protein in canned foods can also vary quite a bit; given that most good-quality canned foods don’t contain much (if any) carbohydrates, the protein content will often be inversely related to the moisture content. (“Stews” may contain as much as 82 percent moisture and have lower minimum levels of protein than loaf-type foods, which generally have about 78 percent moisture, max.)

Is your dog an athlete, or a senior who is rapidly losing muscle mass? A higher-protein food could be beneficial. If he’s a couch potato, though, a lower-protein food may well be sufficient. Discuss this with your vet – and carefully observe your dog’s physique after making changes to his diet.

We’ve noticed that some of the food manufacturers are marketing foods for small dogs in small packets and tubs that are very similar to the packages for their nutritionally incomplete “mixer” or “topper” products. Look for that statement! (And if your eyes aren’t what they used to be, bring your glasses or magnifying glass! The type on many of these small packages is barely readable!)

Further, the statement should reference the “life stage” of the dog that the food is formulated to nourish. Many foods are labeled as being complete and balanced for “adult maintenance.” These products do not contain adequate nutrition for growing puppies or pregnant or lactating mothers; their nutritional needs are greater. A claim that says the food is formulated to meet the needs of dogs in “all life stages” will do just that; “all life stages” includes puppies and their moms.

The 2017 Whole Dog Journal “Approved Foods” list is available right here to subscribers, and in the November 2017 print issue of the magazine. The list is organized alphabetically by the best-known product line associated with the company. For example, Nature’s Variety has nearly given up on its original name; today, it has separate websites and branding for its Instinct and Prairie products, so those are listed under the product names, not the company name.

If you visit the company websites to look for more information about their products (and we hope you do!), don’t be dismayed if you see a different number of products than we’ve listed. The numbers of varieties and formulas often shift, as manufacturers retire certain formulas and bring out new products. We could take this opportunity to rant and rave about companies with too many offerings (cough, cough Merrick; cough, cough, Wellpet), but we won’t.

Keep in mind, too, that we have only counted each company’s “complete and balanced” diets and products that meet our selection criteria. (For example, Koha makes eight canned foods, but four contain porcine plasma, a protein booster that we don’t like to see in foods, so we don’t count those varieties. Read the ingredients!

If you’ve been in a pet supply store lately, you may have noticed that the canned dog food, in particular, looks absolutely delicious!

Some industry observers refer to this trend as “humanization,” by which we think they mean “to endow with human characteristics.” That phrase has irritated us since we first heard it, because, originally, it was always used in a subtly derogatory way. Pet food industry magazines used the phrase almost exclusively to trivialize the use of ingredients that, historically, have been considered “too good for dogs.” This bugged us because, darn it, there are very legitimate reasons to utilize high-quality ingredients in pet food, and a person who wants to feed a top-quality, healthy food to their dog shouldn’t be sneered at.

So, while the industry pundits wink when they discuss “humanized” products, they don’t differentiate between those that are made with high-quality “human grade” ingredients that have a proven track record of successfully nourishing dogs and those that are formulated and packaged specifically to appeal to human tastes. In our view, the former is a nutritional strategy that makes sense; the latter is marketing. The best way to tell the difference, as always, is to study the ingredients – though it’s a pretty good tip that marketing alone is at play when you see product labels with photos that look like food on your mother’s table, or the name of the product contains words such as fricassee or filet mignon.

There are two companies that we just couldn’t include on our “approved foods” list this year, even though, by virtue of a simple label review, they have a ton of products that meet our selection criteria. But both companies have, in our opinion and the eyes of many, lost credibility due to recurring mishaps of one kind or another.

Evanger’s Dog & Cat Food Company is one of them. On December 31, 2016, several dogs belonging to one family got sick after eating an Evanger’s beef-based dog food; one, a senior dog, died despite immediate veterinary treatment. An investigation revealed that the “beef” in the Evanger’s food was, in fact, horse meat that was contaminated with pentobarbital. Other cans of that product and other products made by Evanger’s containing “beef” from the same supplier were also tested and were also found to contain pentobarbital. Evanger’s has blamed its meat supplier, and lawsuits and counter-suits are flying. But we just can’t overlook this sort of quality-control failure.

We’re also taking a pass on recommending Blue Buffalo’s foods. Too many recalls, the false advertising class action lawsuit…and the company was one of the very few that flat-out said they would not supply us with nutrient analyses for their products (which would verify that the products are, in fact, complete and balanced). We just don’t get a good feeling from Blue.

Nancy Kerns is the editor of Whole Dog Journal. 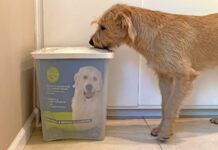 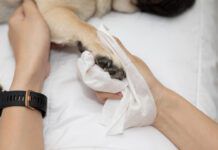