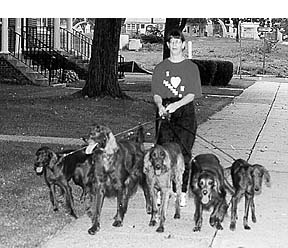 When Deanna Cuchiaro of Whitehouse Station, New Jersey, set out to adopt an Irish Setter, she had no idea the rescue would change her entire perspective on animal health care.

Cuchiaro already had one Irish Setter, Brandy, who had recently turned 10, and she wanted to get another so that Brandy could help pass his positive influence around the house to the newcomer. She considered getting a puppy, but decided to adopt a rescue dog from the Irish Setter Club of Central Connecticut rescue program. She met representatives of the rescue group at a local Irish Setter show who told her there was a large two-year-old male Setter available for adoption.

His poor health was actually the reason he was available for adoption – again. He was previously adopted by a family who kept him for six months, but returned him to the shelter. The Irish Setter Club rescue program acquired the dog from the shelter.

“When we got him, he was 72 pounds,” says Cuchiaro, which is underweight for his frame – 29 inches at the shoulder.

Trying the traditional route
Cuchiaro didn’t blink an eye at the dog’s ill health; she simply took him to her regular allopathic veterinarian for treatment, with full faith that modern medicine would fix the dog up in a jiffy. She also renamed the dog “Rocky” after the top-winning dog at the prestigious Westminster dog show in New York. “I figured my dog is just as good as that Rocky,” says Cuchiaro. The veterinarian determined Rocky was allergic “to just about everything.” Cuchiaro didn’t have allergy tests performed, but over time, by food elimination, she figured out that the dog was allergic to corn, wheat, soy and beef. The vet prescribed prednisone, antibiotics and recommended a diet change.

For the next few months following Rock’s adoption, Cuchiaro worked at getting the big dog well. The veterinarian tried a variety of medications, and Cuchiaro tried several dog foods, including Iams, Eukanuba, Nutro’s Lamb and Rice, Innova, and Solid Gold. She also switched vets. “For six months, I remember him throwing up and having diarrhea,” says Cuchiaro. “I’d switch foods and wouldn’t see a change. It just wasn’t working.”

By October of that year, Cuchiaro was frustrated. Rocky was still throwing up, but “he was gaining weight, so we knew there was some hope,” she says.

A new avenue
At this point, Cuchiaro began looking on the Internet for information, and learned about feeding raw diets. She also learned about holistic oriented veterinarians. That’s when she made an appointment with Charles T. Schenck, DVM, a holistic practitioner with the Edgebrook Animal Hospital in East Brunswick, New Jersey.

The first visit was fateful. Dr. Schenck confirmed Rock’s allergy diagnosis. And, says Cuchiaro, “He told me not to give my dog dog food ever again.”

Cuchiaro took the leap of faith. She went home, collected all the dog food she had, and donated it to her local animal shelter.

She learned from Dr. Schenck that treating allergies usually begins with a diet trial – preferably featuring foods that the dog hasn’t eaten before – and keeping a food diary, recording every ingredient in the dog’s food as well as every single sign of good or poor health he displays. Changing from one pet food to another won’t generally work because many foods contain similar ingredients, and it’s hard to know exactly what’s in commercially prepared diets. Dietary restriction is the only way to truly determine what food(s) the dog is allergic to. Theoretically, once the offending agent is pinpointed, you can avoid feeding it to the dog.

Cuchiaro began feeding both of her Irish Setters, young Rocky and senior citizen Brandy, a diet of juiced raw vegetables and raw chicken. She followed the plan outlined in the book, Give Your Dog A Bone by Ian Billinghurst, B.V.Sc. “When that book arrived, I read it from cover to cover, I didn’t put it down and I don’t think I ever looked back,” says Cuchiaro.

With Rocky feeling and looking so well, Cuchiaro enrolled him in obedience classes. He graduated in August 1999 and went on to pass the American Kennel Club Canine Good Citizen test and pass the therapy dog test for the New Jersey Bright and Beautiful Therapy Dogs.

Rocky is now a sought-after therapy dog, and he and Cuchiaro regularly visit nursing homes and hospitals. “So, Rocky, who was once in a shelter, is now able to give his all and volunteer his time for others that are in need,” says Cuchiaro.

“There is no way that Rocky could have ever achieved these goals without this type of diet,” Cuchiaro asserts firmly. “It is a miracle. Before, you could never touch Rocky’s ears without a cry, or his feet without a growl, let alone allow an elderly person run into him with their walker. Now he plays like a puppy and jumps so high that the people in the nursing home call him ‘the kangaroo’.” 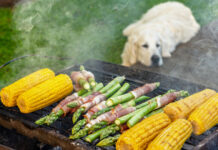 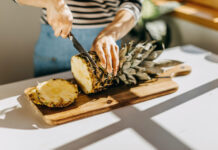