A valid food elimination trial for the purpose of confirming food hypersensitivity consists of three phases: elimination, challenge, and provocation.

In the first (elimination) phase, the dog is fed a diet consisting of a single protein source and a single carbohydrate source. Both of these ingredients should be completely “novel” to the dog – foods he’s never eaten before. (Thirty years ago, lamb and rice was the go-to food elimination diet, because those ingredients were not yet widely available in commercial pet foods. Because the diet was novel, few dogs had developed allergies to those ingredients, and “lamb and rice” gained an unearned reputation as a “hypoallergenic” diet. Many dog food companies rushed lamb- and rice-based diets to market, and the early results were good, since the formulation was novel. However, the ingredients are common in dog food formulations today; neither is likely to be completely novel to today’s hypersensitive dog.)

Today’s pet owners are fortunate in having novel proteins such as kangaroo, beaver, pheasant, and rabbit readily available in frozen and canned form. Novel grains such as quinoa, barley, or amaranth can be easily found in health food or gourmet food stores.

During this phase, the dog must be prevented from eating anything else: no leftovers, bones, chews, treats, or even supplements. If his itching has not reduced by at least 50 percent after a period of 8 to 12 weeks with no other foods crossing his lips, you can tentatively conclude that either A) his allergies are not related to his diet; or B) that you have, by some bad luck, used a food to which he is also allergic. You can try another trial, using another novel protein and another novel grain. If his itching does not reduce at that time, you can very safely conclude that his hypersensitivity is not related to his diet, but to some other factors.

If, however, his itching reduces drastically, go on to the second phase: challenge. Put your dog back on his former diet. If he is truly hypersensitive to ingredients in his former diet, his itching and other allergic signs should return within 4 hours to 7 days. Diagnosis: confirmed.

In the third (provocation) phase, the dog is again fed the novel protein/novel carbohydrate diet until his allergy signs have subsided. Then, a single ingredient is added to the diet for a week while the dog is closely observed. The return of pruritus in the week following the addition of any ingredient implicates that ingredient as a factor in the dog’s food hypersensitivity.

This is not a fun project; it takes commitment, extraordinary observation, and total control of your dog’s environment for weeks on end. However, identification of the ingredients to which your dog is allergic will enable you to simply prevent him from eating those ingredients, and stave off both the uncomfortable symptoms of allergy and the potentially hazardous treatments sometimes required to make him more comfortable. 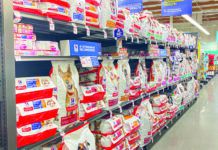 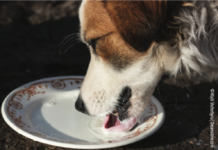 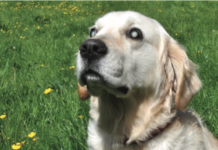