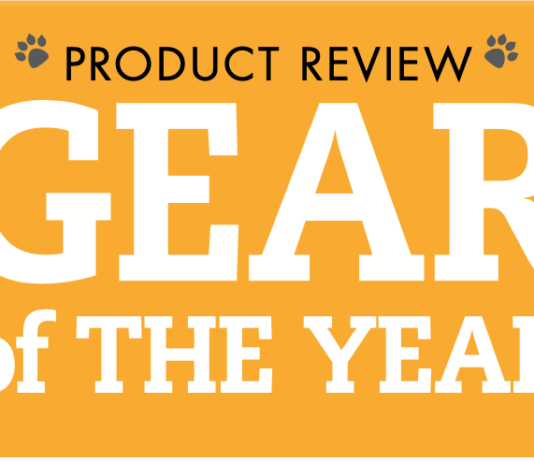 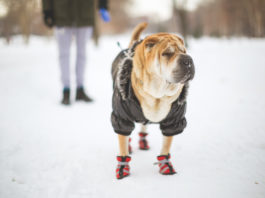 Does My Dog Need a Coat? 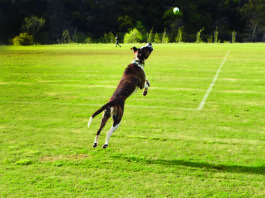 The Best Ball-Throwing Tools for Fetching 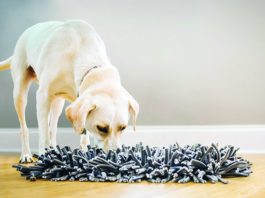 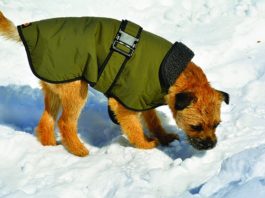 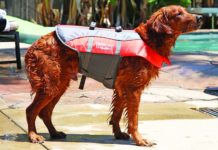 Dog Gear Stephanie Colman
0
A proper life jacket should be bright so you can see it from the beach or edge of a lake, and should have a snug fit. If it's too loose, it can entangle the dog or come off, or it will float above the dog while the dog bobs along in the water. If it's too tight, it can chafe and become uncomfortable, making it unlikely the dog will enjoy wearing it. A properly fitting life jacket should not restrict the dog's movement in or out of the water. And, of course, a life jacket should be well made, with strong materials and an adequate amount of buoyant material. We have two favorite doggy flotation devices this year - the West Marine Neoprene Pet vest for experienced swimmers, and the Ruffwear K9 Float Coat for beginners.

Dog Gear CJ Puotinen
0
In the January issue, we shared our contributors' favorite dog toys, training tools, and treats, but we didn't have enough room to include all of their recommendations for the things they can't imagine living without" in their dog-care kits. Here are more favorite products  things that improve the health and well being of our dogs

Dog Gear Editorial Staff
1
See Whole Dog Journal's top dog accessories of 2015. We cover reflective gear for your nocturnal hound, artisan leather collars for the posh pup in your life, indestructible dog toys, biodegradable waste bags, a treat dispenser that does more than your smartphone, paw cream for salty winters, and much more!

Dog Gear Nancy Kerns
0
Recently, I found myself with too many dogs who needed exercise, and not enough time to put in the miles that could have worked off all that excess energy. I rooted through the dog-toy baskets in my office, looking for things I could throw for the pack to fetch. I used to have a Chuckit! tennis ball launcher, but some puppy or other chewed up the part that holds the tennis ball, so I threw it away and hadn't yet replaced it. Then I remembered that I had bought a very similar device that is used for launching small rubber discs for dogs to chase: the Winga.

Technology That Can Help You Protect And Enjoy Your Dog

Dog Gear Barbara Dobbins
0
It's incredible how many aspects of our lives have been enhanced and transformed by technology in just the past few years. Anyone who uses a computer or mobile phone is at least aware of his or her ability to obtain recommendations for businesses or directions to a location. If you're a dog owner and need a reputable emergency veterinary clinic in a strange town, having the tools to find such a clinic and get there in record time may literally save a dog's life. But web- and mobile-device-based technology can also be used by dog owners in countless other important ways  and we're sharing some of the most fun and useful ones with you.

Dog Gear Barbara Dobbins
0
My Border Collie Duncan solves all 10 of his interactive puzzles within five minutes; it takes me longer than that to fill them with treats! So when CleverPet announced its Kickstarter campaign for the development of a next-generation pet-learning console, I signed right up. Thirteen-year-old Duncan has pretty severe arthritis so I'm constantly searching for low-activity ways to engage him. This eagerly anticipated device features three durable yet sensitive touch pads that interactively light up and are designed to be touched by a dog's nose or paw, triggering food to be dispensed. CleverPet adjusts learning levels based on your dog's performance, which can be monitored through the website and an app-based program. 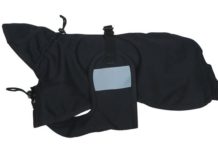 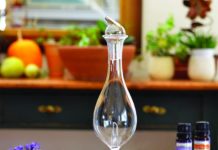 Note: The Aromis website has terrific information on why diffusers are the ideal way to dispense therapeutic essential oils in your home 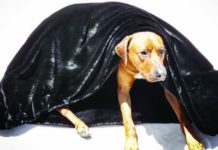 Dog Gear Nancy Kerns
1
and treats. Here are some of the products that made their lists of things that they must have for their dogs. " 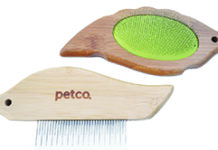 Dog Gear Nancy Kerns
0
Few of WDJ’s contributors are shoppers; most of us have too many dogs to support for us to be in the habit of foraging through irresistibly cute items in boutique pet supply stores! But when pressed to think about it, all of us have one or two items in our dog-care arsenal that we couldn’t possibly live without – products that are so useful or so good at fulfilling every aspect of their design, that we use them with our dogs practically every day. Here are some of the products that made their “must-have” lists. 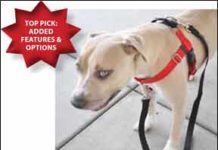 Dog Gear Pat Miller, CBCC-KA, CPDT-KA
0
Once upon a time, a harness was the last thing you wanted to use for a dog who pulled, because they were designed to make pulling comfortable. By distributing pressure evenly across the chest they removed pressure from the throat, where damage could be done to a dog's trachea  sometimes even to the point of tracheal collapse. Harnesses are better for the dog from a health perspective, but from a training viewpoint, a standard harness actually encourages pulling. There's a reason sled dogs wear harnesses! Head halters were introduced in the late 1990s as a gentle control tool. While they did, indeed, work well to control a dog's head (and where the head goes, the body follows), some trainers noticed that a significant number of dogs found head halters to be fairly aversive, requiring, in many cases, extensive conditioning to convince the dog to accept them. 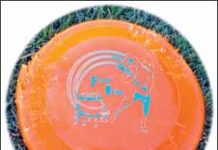 Dog Gear Nancy Kerns
0
I used to live with a Frisbee-addicted dog (a Border Collie named Rupert), and a disc-addicted son, who is now off at college (and still addicted). So how is it that WDJ has never before reviewed flying disc toys for dogs? There is a wide variety of flying toys made for dogs, with different key features for different applications. The overarching concept is to create a disc that flies well enough to inspire a dog to chase it, catch it, and return with it uninjured. Most of us owners want a toy that won't be ruined within three catches between a dog's teeth, but you don't want it to be so tough that it can hurt a dog's teeth or mouth if he doesn't catch it perfectly.
123...6Page 2 of 6