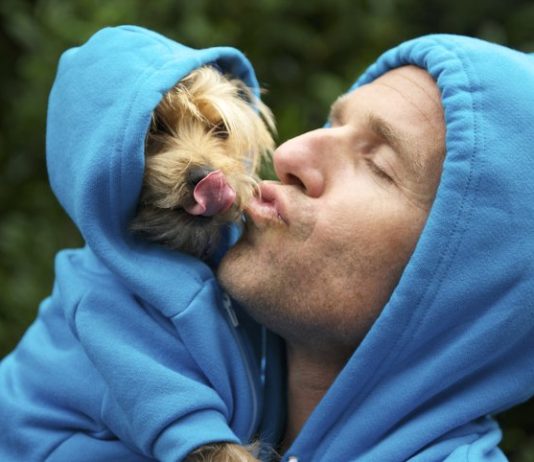 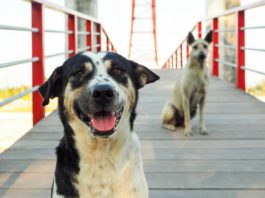 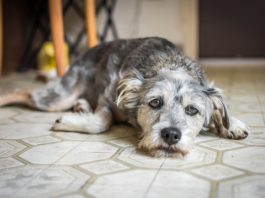 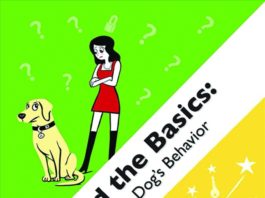 How Can You Know What Your Dog is Feeling? 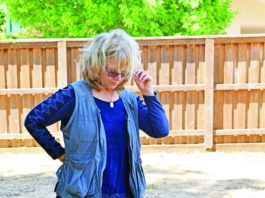 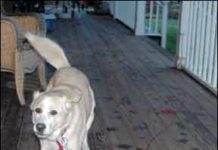 Body Language Pat Miller, CBCC-KA, CPDT-KA
0
How many times have I heard a dog owner say, If only they could speak!" And how many times have I bitten back my first retort: "But they can speak! You're just not listening!" We humans are a verbal species. We long for our beloved canine companions to speak to us in words we can easily understand. While they have some capacity for vocal communication 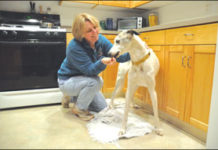 Body Language Pat Miller, CBCC-KA, CPDT-KA
0
Have you ever stopped to think about how many times a day you do something to your dog that involves physical contact? I’m not talking about petting him when he nudges up against your leg; I’m talking about grasping his collar, putting his leash on, picking him up, wiping debris from the corners of his eyes, wiping the mud off his paws, trimming fur somewhere on his body, and many more “husbandry” procedures that require various degrees of restraint and touch. Chances are you really only think about it when your dog protests, but chances are he thinks about it every time you reach for him. 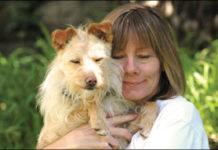 It’s Not Your Imagination: Dogs Do Mimic Their Owners

Body Language Mary Straus
0
Behavioral scientists have long questioned whether dogs are capable of mimicking each other or people. A recent study published in the Proceedings of the Royal Society B: Biological Sciences has shown that dogs are not only capable of mimicking their owners, they do so automatically. In fact, their drive to copy our head and hand (paw) movements is so strong that they tend to do so even when it is not in their best interests. 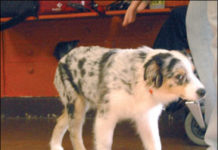 Body Language Pat Miller, CBCC-KA, CPDT-KA
45
Growling is a valuable means of communication for a dog  something that dog owners should appreciate and respect rather than punish. Of course, we don't want our dog to growl at us, but neither do we want him to fail to growl if something makes him uncomfortable; that's very important information in a successful canine-human relationship. It's very common for dog owners to punish their dogs for growling. Unfortunately, this often suppresses the growl  eliminating his ability to warn us that he's about to snap, literally and figuratively. On other occasions, punishing a growling, uncomfortable dog can induce him to escalate into full-on aggression. 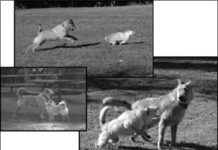 Body Language Nancy Kerns
0
Otto has gotten short shrift lately, poor guy. My husband and I had the brilliant idea of undertaking a minor home remodeling project over the holidays – just the bathroom! As is often the case with all-consuming home improvement projects, the dog was left to his own devices more than he should have been for a number of weeks. Months ago, that would have been a recipe for disaster; Otto would have excavated half the yard and chewed up everything he could have gotten his mouth on. But he must be growing up; even after a few weeks of minor neglect, the only thing he chewed up was one of my husband’s high-top leather work boots. Amazing, considering the number of tools and wood and paintbrushes left lying around. He amused himself largely with a new obsession: running along our back fence with our neighbor’s two-year-old German Shepherd Dog, Schotzie. Our lot is about 80 feet wide, and both dogs share a mostly unimpeded path along that entire boundary, with just an ivy-covered five-foot-high chain-link fence between them. They are both young, active, and bored (the neighbors have a new baby). So, up and down they go, thundering through the mud, whining with frustration and excitement. It could be worse; they could be fence-fighting and barking (and maybe, if we remodeled the entire house, it would advance to this). But they seem to enjoy each other. And at least they are both getting exercise! 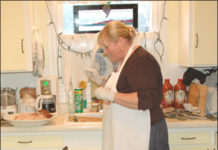 Body Language Pat Miller, CBCC-KA, CPDT-KA
0
Hang with dog folks long enough and you're sure to hear some pretty interesting theories about dog behavior. Some are, of course, useful and accurate, but the dog training world is littered with myths, many of which are at least several generations old. Some of them are just silly; some have the potential for causing serious damage to the dog-human relationship; and still others are downright dangerous. It's time to get past the myths. 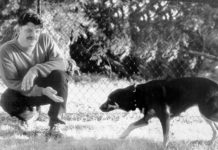 Body Language Pat Miller, CBCC-KA, CPDT-KA
0
sir ... Please go away so I can breathe again!" Even though the Shepherd-mix looks friendly enough 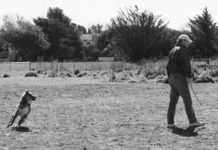 Body Language Editorial Staff
0
Human-dog interactions can be more difficult than dog-dog ones, since our native languages are so different. Our series of three photos this month depicts a classic conflict between a canine and a human; the two are strangers and neither really understands what the other is communicating. Similar interactions are played out every day in communities across the country, in which well-intentioned humans do all the wrong things in their efforts to be friendly with dogs. 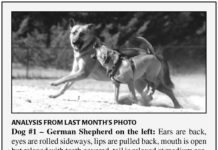 Body Language Pat Miller, CBCC-KA, CPDT-KA
1
It's not uncommon for humans to misread perfectly normal play behavior and interrupt/separate dogs who are having a rousing good time together. At the end of Week 2 of my group good manners classes  and every week thereafter  we have play sessions where the dogs get to play with their canine classmates. In each new class there is at least one owner, often more, who is very tense about her dog's play behavior. 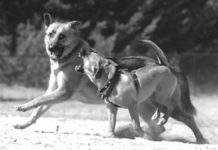 Understanding How Your Dog Communicates

Body Language Pat Miller, CBCC-KA, CPDT-KA
4
the camera captures a scary expression of aggression that wasn't easily visible to the observer on the ground." 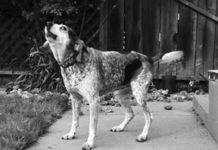 Body Language Pat Miller, CBCC-KA, CPDT-KA
0
While dogs are primarily body language communicators, they also use their voices to share information with other members of their social group. Compared to their wild brethren, however, our domesticated dogs use their voices far more  a tendency we have genetically encouraged. We've created herding breeds, including Shelties, Border Collies, Welsh Corgis, and others, who use their voices when necessary to control their flocks. We've bred scent hounds to give voice when they are on the trail of prey. 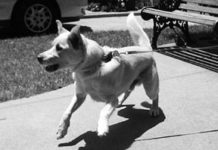 When Your Dog Hates Being Touched