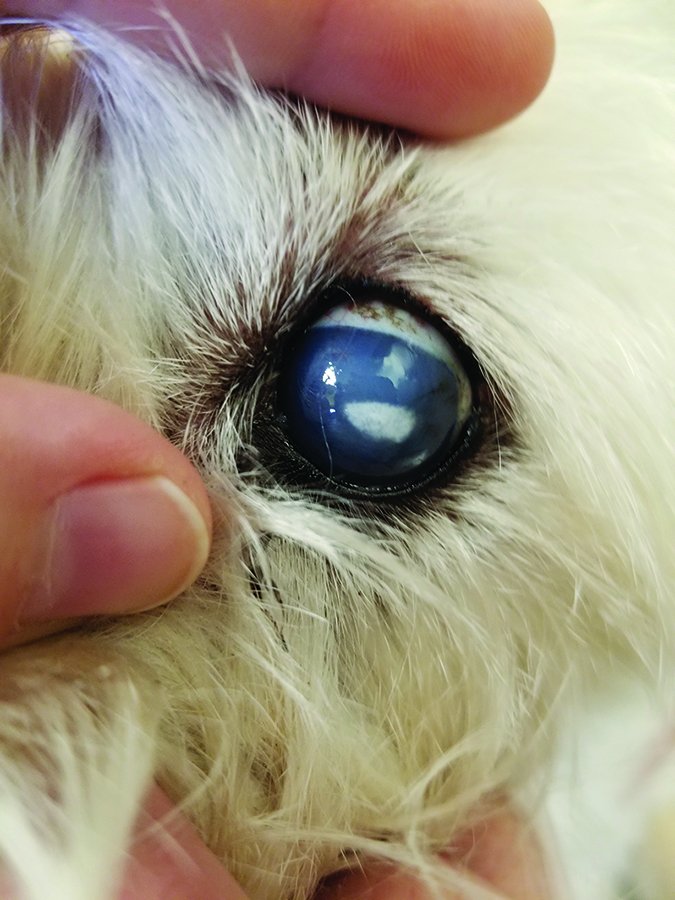 As your canine companion ages, you might begin to notice some cloudiness in his eyes. This is a common age-related change in many breeds of dogs, but it can also indicate illness within the eye or within the body. It is important to know when you should be concerned about cloudy eyes in dogs and when a trip to the veterinarian is in order.

What Do Cloudy Eyes in Dogs Mean?

There are many possible ways in a which a dog’s eyes can look clouded. Often, you are seeing the cloudiness in the lens of the eye – an elastic, transparent structure that lies behind the iris (the pigmented part of the eye) and the pupil (the opening in the center of the eye). Tiny muscle fibers inside the eye contract and relax to makes the lens change thickness and shape; these movements help the dog change focus. As dogs age, certain changes cause the lens to turn white and become visible. When this ordinarily transparent structure develops a cloudy spot or section, the dog’s vision is compromised.

In some cases, however, the cloudiness is not related to the lens. It can be in front of the lens, in the anterior chamber of the eye. Deposits of calcium and fat can also occur in or on the cornea (the translucent dome of the eye).

What Causes Cloudy Eyes in Dogs?

There are dozens of possible causes for cloudy eyes in older dogs. These are the most common:

The cornea is the transparent dome that covers the eye’s colored iris. Edema (swelling caused by fluid retention) in the cornea can make the eye look hazy; this can appear as a focal area of white or spread to include the whole eye.

Corneal edema can occur following any inflammation or irritation to the cornea. Causes can include corneal ulcers, trauma, corneal endothelial degeneration (see below), and spontaneous idiopathic (no known cause) development. In addition, any of the following conditions can cause corneal edema; the cause of this condition should always be investigated by a veterinarian.

A cataract is a clouding of the lens of the eye. Just as with humans, a dog with cataracts will have difficulty seeing at night and experience sensitivity to strong light and glare.

Cataracts progress through four stages of maturity: incipient, immature, mature, and hypermature. In early stages, it can be difficult to differentiate cataracts from another common condition called nuclear sclerosis. If you look closely at the pupil of an eye without cataracts, it will appear to be completely black. But as the cataracts continue to develop, it becomes easy to see clouding of that black dot, especially when the dog’s eye is dilated in low light; the cloudiness becomes more noticeable, then obvious, and will lead to blindness.

It’s important to have suspected cataracts checked out immediately. Catching them early increases the chances of successful management. As cataracts go through the early and then later stages, they can cause significant inflammation in the eye (called uveitis), as well as secondary glaucoma (a common eye condition in which the fluid pressure inside the eye rises to an unhealthy level and damages the optic nerve). Once this happens, those problems must first be resolved before cataract surgery can be attempted.

Once a cataract becomes hyper-mature (also known as a resorbing cataract), it is at risk for rupturing. Once ruptured, the lens material leaks into the eye and causes even more inflammation. This makes successful cataract surgery difficult.

Cataracts often develop as the dog ages, but juvenile and congenital forms do exist, as well.

There are there are dozens of possible causes of cataracts. The causes can be related to illness or be genetic. More than 150 dog breeds have been identified to have inherited forms of cataracts including the Cocker Spaniel, Bichon Frise, Smooth Fox Terrier, Havanese, Miniature Schnauzer, Boston Terrier, Golden Retriever, Labrador Retriever, and Poodle.

There are many systemic causes for cataracts with diabetes being the best-known. With diabetes, as blood sugar levels rise, water is drawn into the lens and causes clouding.

Other associated disorders include trauma, exposure to radiation, nutritional disorders, toxins, and inflammation within the eye.

Cataracts can be treated. In the case of inherited/genetic cataracts, the success rate for surgery is as high as 90 percent. During surgery for cataracts, the damaged lens is removed from the eye and replaced with an artificial lens. The surgery must be conducted with specialized equipment by a veterinary ophthalmologist (Diplomate of the American College of Veterinary Ophthalmologists or DACVO).

In cases of diabetic cataracts or other inflammatory cataracts, the prognosis decreases. It is highly dependent on the ability to manage the conditions that cause the inflammation. Controlling blood sugar levels in diabetic dogs will help to lessen the severity of cataracts early in development. In the later stages, the changes become permanent and require surgical correction.

If you do an internet search for “treatment for cataracts in dogs,” you may come across several eye drop products that claim to fix cataracts.

These products usually contain n-acetyl carnosine as the active ingredient. In multiple studies, these drops have failed to improve cataracts.

Newer drugs called “aldose reductase inhibitors” have been shown in a laboratory to delay or prevent cataract formation in diabetic dogs. Unfortunately, they must be given every eight to 12 hours, and if treatment is skipped or missed, complete/mature cataracts can form very rapidly. Due to this, marketing of this product has not been pursued.

At this time, no topical medication on the market will prevent or delay cataract formation. The only definitive treatment for cataracts is surgery.

This is a benign, extremely common age-related change to the lens. It occurs in all breeds of dogs, and it does not inhibit vision. The cause is increased density of the fibers within the lens itself. Nuclear sclerosis generally occurs in both eyes at the same rate, whereas cataracts are frequently asymmetrical. There is no need to treat nuclear sclerosis, as it does not interfere with vision. Further, there is no known treatment for this condition.

In this condition, the layer of cells at the back of the cornea begin to degenerate. It can be inherited (as in the Chihuahua, Boston Terrier, and Dachshund), or it can be an age-related change.

Initially, the change is often noted as a grayish spot in the middle of the eye that begins to extend to the outer edges. Eventually, the whole eye will have a “white” appearance. It will cause blindness as it progresses. There is no specific treatment for endothelial degeneration, although several techniques have been tried to manage the resulting corneal edema.

These manifest as white spots or a white haze over the cornea. Corneal deposits can occur for a variety of reasons. Lipid keratopathy is a well-described condition in which cholesterol is deposited in the cornea. It can occur as part of an inherited disease (in the Airedale, Samoyed, Beagle, Cavalier King Charles Spaniel, and Siberian Husky), be related to high blood cholesterol levels, or caused by inflammatory conditions of the eye. Rarely does this type of deposit affect vision, but monitoring by a veterinarian is important.

Deposits may also be calcium. These are poorly understood but often occur concurrently with an underlying disorder such as Cushing’s disease, kidney failure, or inflammation of the eye. Calcium deposits can irritate the eye and cause corneal ulcers, so treatment is generally aimed at management of the ulcer.

In some cases, an eye drop called sodium EDTA can help to dissolve the calcium deposits. This condition does not have a breed predilection but can occur as dogs age due to underlying systemic illness.

This is a general term for inflammation within the eye. The causes are numerous and varied, including toxins, infections, cancers, and trauma. Uveitis may also be idiopathic.

Uveitis can cause a white haze to the eye called “aqueous flare.” It can also cause blood or pus to collect in the eye. Generally, there are other symptoms that occur with the uveitis; the eye will be red, swollen, and painful. Attention is directed at identifying the underlying cause and treating it. With treatment, uveitis will generally resolve.

When Should I Seek Treatment for My Dog’s Cloudy Eyes?

It can be very difficult to distinguish the different conditions from one another. Alert your veterinarian if your dog develops cloudy eyes or is having visual difficulties; a consult with a veterinary ophthalmologist may be in order. A thorough ophthalmic exam should include tear production measurements, fluorescein staining to detect corneal ulcers, measurement of ocular pressure, and a retinal exam. The veterinarian will also examine the eye closely with a bright light to determine where the cloudiness originates. Is it in the lens, the anterior chamber, or within the cornea itself?

With these tests, your veterinarian can generate a list of possible diagnoses and determine if this is a benign age-related change or something that will require medical or surgical therapy to prevent the loss of your dog’s eyesight.

The prognosis for cloudy eyes depends wholly on the underlying cause and whether it can be treated. Since eye conditions can develop and change rapidly, it is always best to consult your veterinarian when you notice anything unusual about your dog’s eyes. 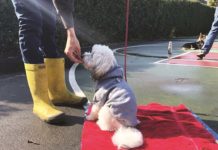 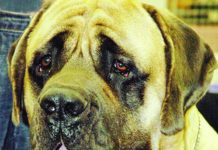 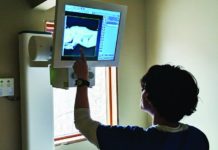