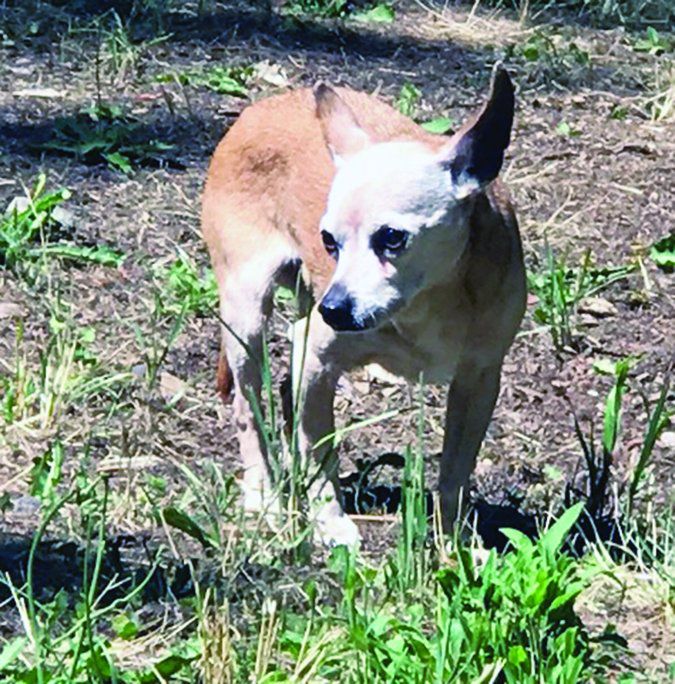 My cat Yogi was 20 years old, but the very picture of health until a malignant tumor took up residence in his mouth. It grew quickly and began causing Yogi much discomfort – so much so that he wouldn’t eat. I didn’t want my buddy to get to the point of immense suffering.

I moved about a year ago, and had looked for a veterinarian with Fear Free or Low Stress Handling credentials. I found a clinic that advertised itself as a fear-free hospital within an hour’s drive, and had visited the clinic several times without being either impressed or dismayed. I made an appointment to have Yogi euthanized at this clinic.

When the veterinarian entered the examination room, I told him I’d like Yogi to be sedated before the euthanasia drug was administered. He indicated that this was fine, and left the room. He came back with an assistant and a tiny syringe, saying, “This will sting a little but within less than five minutes he’ll be completely sedated, though his eyes will remain open. Are you ready?” I said yes. He then said that after he gave the sedation injection, he’d leave and come back in five minutes to euthanize Yogi. 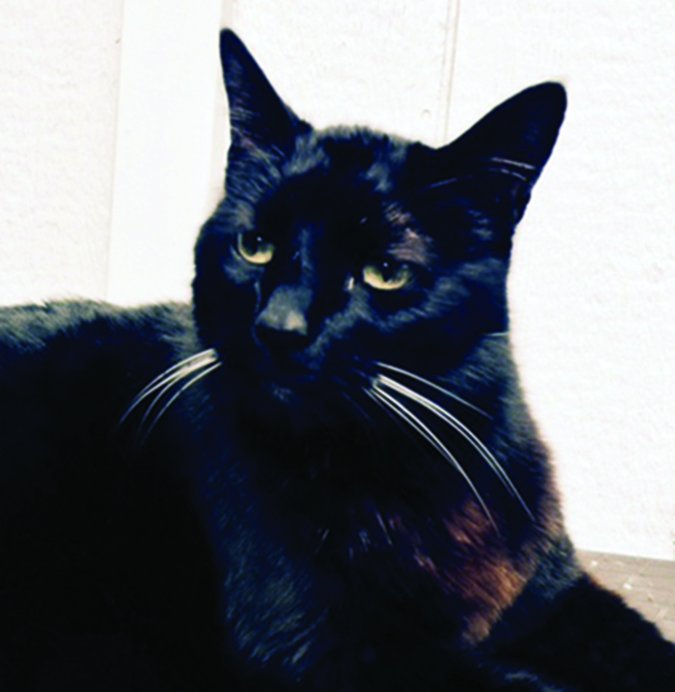 I’m not new to this procedure, but it never gets easier. As a vet tech, I assisted in the euthanasia of hundreds of pets; I’ve also supported friends, family, and clients during the euthanasia of their pets, and was present when all of my own animals passed. But what I experienced that day haunts me.

Yogi was very weak, had recently stopped eating, and had failing kidneys. Many animals in this condition don’t even notice an injection. I expected that he might feel a little prick and then slowly go to sleep – but that’s not what happened.

When the vet injected the drug into the muscle of Yogi’s hind leg, my cat screamed the loudest meow I’ve ever heard and, with a power he hadn’t displayed in years, thrust himself backward almost off the end of the table. The vet said, “You can let him go.” What?! I heard the words but my protective instinct kicked in; I was not going to let my frail friend crash to the floor! I was able to prevent him from falling off the table, but then he launched himself forward and upward out of my arms, flailing toward the wall. The vet and the tech stepped away from Yogi, as I flew to the other side of the table, catching him mid-air so he wouldn’t crash into the wall. They then excused themselves and left the room!

I sat with a now-comatose cat, limp, with eyes dilated and glassy. I held his fragile, soft, furry body – the same body that had just acted like super cat – and wept. What the hell just happened? I was in shock; the peaceful end I had hoped my friend would experience had instead turned hideously painful and traumatic.

A few minutes later, the vet and tech came back in, to give the final injection in a vein in Yogi’s hind leg. Within a minute, my boy was on his way to getting his wings to soar. As for me, the shock of Yogi’s last moments kept me silent except to say thank you as I picked up Yogi’s lifeless body to take home to bury.

That night, I couldn’t sleep, thinking how I betrayed my companion of 20 years by holding him while someone hurt and terrified him. I couldn’t shake the vision of Yogi’s last moments. Since I’d never experienced such a horrific euthanasia, I thought it was an anomaly – that his reaction was rare – and I vowed to disallow that drug, whatever it was, from being used on any of my animals again.

Sadly, a few months later I would be facing another end-of-life decision, this time for a dear friend’s pet. My friend had passed away, and her spouse was having a tough time grieving her loss while caring for the special-needs dogs she left behind. In her honor, I asked if I could help care for the two senior dogs: Hopper, a 17-year-old, deaf, blind Chihuahua; and Buddy, a nine-year-old dog who was disabled with a spinal injury. My friend’s husband agreed, and I took them into my home.

It soon became clear to me that Hopper was failing. After a lengthy conversation with my friend’s spouse, we decided that it was time to let Hopper go, before his suffering was unbearable. Since I thought what happened with Yogi was an anomaly, I called the same veterinary practice to make an appointment to euthanize Hopper. Still, I planned to ask the veterinarian to use a different drug to sedate Hopper, so that the experience would be like all the other euthanasias I had witnessed. In addition, when I made the appointment, I asked for a sedative that I could give Hopper before we ever even got to the veterinary hospital; this little guy was blind and deaf and very vulnerable in his dark and silent world, and I wanted to give him all the help I could.

Hopper was very relaxed in my arms as we waited in the exam room. The veterinarian entered, and asked if I wanted to sedate Hopper further before administering the euthanasia drug. I said yes – but added that I didn’t want him to use the same drug that he used with Yogi.

The doctor responded that it should be fine for Hopper, because it’s harder on cats than dogs; just a little prick and in a few minutes he’d be completely sedated. I was stunned, thinking, “Wow, really?! You know it’s harder on cats than dogs and you gave it to my cat anyway?” But at the same time, I had this tiny dog in my arms on the table, not knowing what was going on, unable to see or hear, pressing his body against mine. I didn’t want to prolong the experience. I decided to trust the doctor’s word, that dogs don’t react to this drug like cats do, and since Hopper was already relaxed from the sedative I’d given him, it would be fine. So I said, “Okay, if you think the same thing won’t happen, then it’s time; yes, go ahead.”

I held Hopper while the vet gave the injection into the muscle in Hopper’s hind leg. There was no reaction from Hopper, thank goodness. Phew! The vet left the room.

Five minutes later, Hopper was still sitting in my arms, as awake and relaxed as he had been since we arrived. The vet came back in and looked at Hopper, amazed that he wasn’t fully sedated. “Wow,” said the doctor. “I’ve never seen this before. He’s not sedated at all.”

The vet looked at me as if I was crazy. He said, “NO, I gave the injection.” I remained silent, having said what I thought to be true, that perhaps the syringe was empty. He said he would go get another injection.

When the vet came back in, I suggested that he inject Hopper’s other hind leg. He agreed, saying, “There must have been no circulation in that other leg and that’s why the first injection didn’t work.”

I held Hopper while the vet gave the injection – and this time, Hopper screamed, became Superman, and started biting at the air. Blind, he was in a state of sheer panic and pain as I held him, snapping wildly. I looked into the vet’s eyes with fire in mine. He left the room, saying he’d be back in five minutes.

The moment the door closed, Hopper collapsed in my arms. I held him close, apologizing to him and crying my eyes out. I couldn’t believe this happened again. I was stricken because I had let Hopper down – I had let down his owner, my deceased friend! I was reliving Yogi’s horrible experience, and beside myself with anger and despair – and it still wasn’t over for Hopper.

Five of the longest minutes later, the vet and the technician came back in. They said nothing as they worked together to insert the needle into a vein and administer the euthanasia drug. I wept quietly, petting Hopper and silently imploring him to forgive me. Hopper’s end, like Yogi’s, wasn’t painless nor fear-free. I felt this was a heinous crime and I was complicit.It was all I could do to drive home afterward, taking deep breaths to calm myself, wiping the tears that kept falling down my face, and talking out loud to both of my deceased friends, Hopper and his owner, the whole way. It was gibberish chatter to help me make it home.

I feel terrible that it took two awful experiences to investigate the drug that caused such pain and terror in the two animals in my care, as well as the credentials behind the “fear free” claim made on the veterinary practice’s website, only to learn that the drug used in this way is not remotely the best protocol, and that no one in the veterinary hospital had any actual training or credentials in fear-free or low-stress handling.

After being upset to the point of immobility for days, I decided that I could, at the very least, try to prevent any other animals from suffering needlessly before being euthanized while their loving guardians witness their pain and terror. I don’t want any animal to go through what mine did, or any guardian to have this haunting memory seared into their minds for the rest of their lives.

I am now on a mission to spread information about ways to do everything a guardian can do to ensure a good death for her beloved animal companions when it’s time.