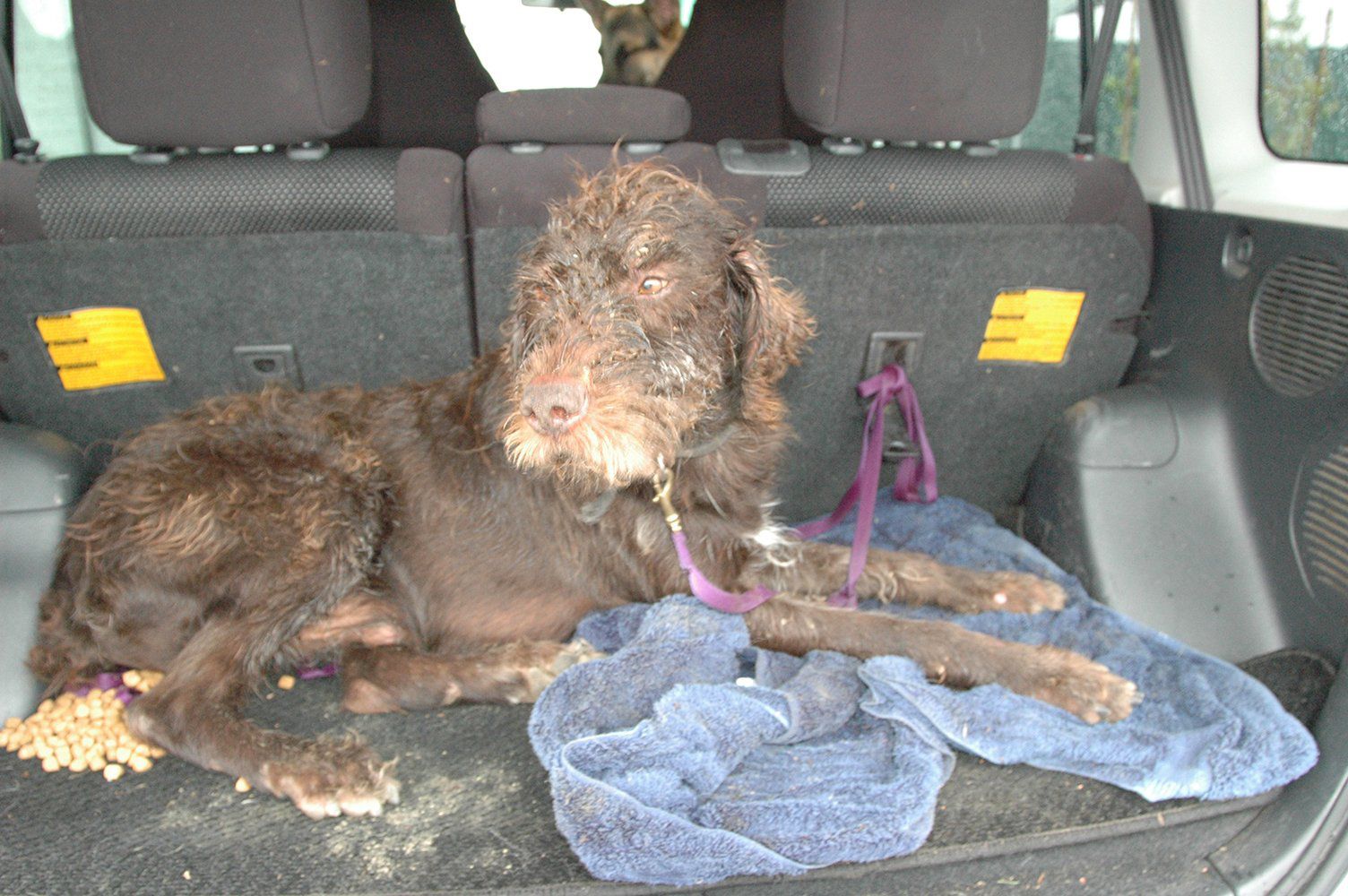 The other day a photo of a beautiful young German Shepherd Dog caught my eye. The photo had been shared by a number of my local dog-loving friends on Facebook. The caption explained that the young dog, obviously a purebred and about six months old, had been found on a rural road in my area, and that the rescuer was trying to find the owner. The rescuer asked everyone locally if they could please share the photo, because she couldn’t keep the dog for long at her own house, and didn’t want to take the dog to the shelter.

I understand that impulse, I really do.  It’s sad to think of the dog at the crowded, loud, damp shelter. What will happen to him? Most of the dogs that get brought there end up with kennel cough. And he’s SO SWEET!

But the shelter is where the vast majority of people will go to look for their dog. In all likelihood, the dog is lost, not “dumped,” and the best way to get him back to his owner is for him to be at the shelter. Social media is AMAZING for returning lost dogs to their homes – but my social network of middle-aged, middle-income, white women involved with dog rescue won’t necessarily reach that Hmong family living on a farm where the dog was a beloved companion to a little girl.

I’m exaggerating a little; I certainly do have a wider group of local social media acquaintances than that, but there are plenty of families in my county where English is not the first language and Facebook is not a place they would go to look for their dog.

Neither would they necessarily call the shelter to ask if a young German Shepherd has been brought in. The odds are better that they would come into the shelter to look for their lost dog.

(By the way, good shelters are alert to the fact that people who may not speak much – or any – English might come into the shelter and just walk through the areas that are visibly open to the public, looking for their lost pet. When greeted, they may wave and smile and decline further interaction. Well-trained shelter staff will engage them anyway, in sign language if need be, to make sure that the people understand that “lost” pets are held elsewhere in the building, in places where a staff member needs to accompany them.)

But then the judgments start. The dog wasn’t neutered, doesn’t have a microchip, and had a piece of rope attached to his collar; it looks like he was tied up (or perhaps tied into the back of a truck) and chewed his way free. So obviously he couldn’t have belonged to a good home (a fair number of commenters said, or will say). “Don’t take him to the shelter!”, many people beseeched the rescuer. “Let’s clean him up and find him a better home!”

Again, I understand the impulse. Maybe the dog is thin; maybe he’s got fleas. He could do so much better with owners who took better care of him.

But again, it’s not fair. As thin or flea-covered as he may be, if he was the beloved companion of anyone – that’s where he belongs.

A good shelter will treat his fleas, de-worm him, and, if his owner is found, do their best to talk the owner into a collar tag and/or identification microchip, and explain some inexpensive, safe options for keeping him flea-free. My local shelter has pamphlets (in several languages) on California’s legal minimum requirements for fastening dogs in the back of trucks, keeping dogs outdoors, and how to build an inexpensive “zip line” and dog house.

If an owner doesn’t appear and the dog really is that sweet – and, I hate to say it, but if he’s not a pit bull or a Chihuahua or other type of dog that is highly over-represented in the local shelter – he will be made available for adoption pretty quickly. It really IS sad, in my opinion, that dogs who have behavioral issues, such as not getting along with other dogs or snarling at people, will have a harder time convincing shelter staff to move them to the adoption row.

If she absolutely can’t bear to bring a found dog to the local shelter, a good rescuer will at least file a “found dog” report (with clear photos of the dog) at the shelter, and post a flier with those clear photos on it very widely in the area where the dog was found.

That’s likely what will happen with the young German Shepherd in my area ­- and at least that little girl who lives on a farm might spot the photo from the bus on the way to school, find a way to show the photo to her parents later, and reunite with her best canine friend. And that’s what I’m hoping for, sap that I am.