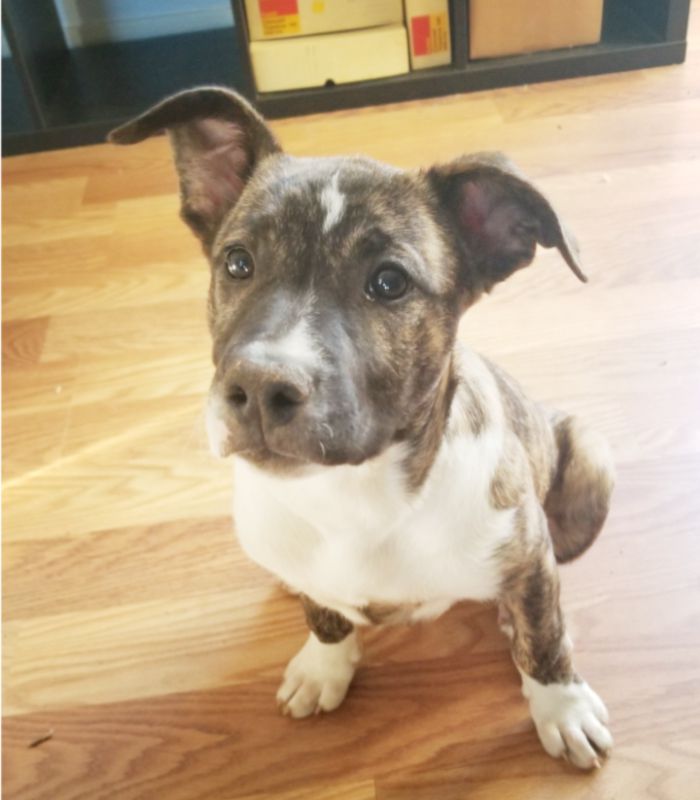 The litter of 10 pups that my good friend was fostering for our local shelter at her home had a spay/neuter surgery date, and I was relieved. Surgeries had been cancelled for weeks, and while the pups could have been adopted out and brought back later for surgery, the shelter director instead decided to postpone the adoptions until a plan could be made to arrange surgery under covid-safe conditions. (Getting folks to bring 10 puppies back to the shelter on a given date is impossible, especially when they get adopted by families who may live several hours from here in every direction.)

Anyway, surgery was planned for a Thursday and my friend and I made a plan that the three girl pups would recover at my house, and she’d keep the boy pups corralled at hers. And the following Monday, we’d release the puppies’ portraits on the shelter’s Facebook page and the shelter would make appointments with people who were interested in adopting. We would bring the selected puppies to the shelter for outdoor “meet and greet” appointments and pick them up afterward if they didn’t get adopted.

It took about two weeks to get them all adopted, given the more arduous process of emails and phone calls and appointments, but they all did get adopted. One of the girls was the last to go, so all in all, I had three, then two, then one girl puppy here with me for about two weeks. And boy, oh boy, was it an in-depth refresher course in potty training.

I tell people ALL THE TIME that potty training is simple, and it is. You take them outside CONSTANTLY, and you walk around with them and you watch them. And when they pee, you praise and give them a treat. Then you can bring them inside for about five minutes of scrutiny-free time and breakfast. But right after breakfast, you are all outside again, walking around, looking for that poop! And when that happens, you praise and give them a treat, and then you can bring them inside again, for maybe 10-15 minutes of scrutiny-free time, before you need to go out again for another pee.

And what if they don’t “go”? Well, the smart thing to do is to pop them into a crate, because very few puppies will potty in a crate, so you can make sure that they don’t have a chance to “make a mistake” and pee or poop indoors, where you don’t want them to while you are not paying attention. Because no one can watch them every minute, even while sheltering in place! And if they potty in the house (or in your home office), they have just effectively been reinforced for doing so; it feels good to relieve the fullness of your bladder! And every mistake seems to build on itself; it’s far easier to just make darn sure a mistake doesn’t happen. In my experience, if you can get through three days of not letting them make even ONE mistake indoors, you’re pretty much home free with the potty training. They will want to go outdoors to potty and get right to business when you take them outside.

What not to do

What about the old “rub their nose in it” business? It’s poppycock. It makes them afraid of you, they don’t understand why you’ve grabbed them and have attacked them and are being gross. It’s a terrific way to induce a lifelong fear of humans, especially if there is poop or pee around, and to make them want to hide from you when they do go (so they become reluctant to go anywhere, even outdoors, near you; instead, you may find pee spots in closets and poop under your bed).

It can be effective, if you see a puppy start to squat, to run and grab the pup and carry them outside quickly – not in a way that scares the puppy, just interrupts her long enough so that she has some left to finish outside, where you can praise her. Being whisked outside isn’t all that comfortable, and it may be a little alarming – hopefully, just enough to interrupt her and not scare her, and what she remembers is the praise and maybe a treat for finishing outside. Simple! Not easy!

It’s not quite as easy as it sounds

I had three pups for six days, two pups for three more days, and one pup for seven more days; call it 31 total puppy days. My record? Not good. I ended the period with three pee puddles in my office, and probably six or seven in my house. (No poops indoors, however.) My mistake, EVERY time! Going over the 15-minute limit, when I should have either taken the pup/s outside or put them in a crate. I’d start making myself a sandwich for lunch, let the puppy come in, get interrupted by a phone call and ACK! see the pup squatting on the far side of the kitchen. Again and again! It’s so hard to pay such good attention for very long! And, though this seems backward, I had more success on the three-puppy and two-puppy days than I did on the one-puppy days. You can’t take your eyes off three pups or two pups; they are just capable of way more mayhem than one, not just potty stuff but also shoes, cords, paperwork, plants in the garden, rock-chewing, you name it. But one puppy chewing a chewy on her bed is easy to forget, until you hear a trickling sound. Argh! But a look at the clock says you’ve been working on the computer for an hour straight; she was overdue!

Anyway, when people complain about potty training, I don’t think I’m usually very sympathetic, because I feel like the whole process is So. Very. Simple! But I forgot that paying such close attention is just NOT easy!