The term Autism Spectrum Disorders (ASDs) describes a group of complex developmental brain disorders whose symptoms may appear in infancy or later in childhood, affecting speech and behavior. ASDs affects an estimated one out of every 110 children, with boys outnumbering girls three or four to one. In the United States, an estimated one out of every 70 boys is diagnosed with autism.

According to the Mayo Clinic, the symptoms of autism include:

Lack of Social Skills
Failing to respond to one’s name, having poor eye contact, appearing not to hear conversation, resisting cuddling and holding, being unaware of others’ feelings, playing alone, and retreating into one’s “own world”

Language Problems
Developmental delays, starts talking later than age two, unable to make eye contact when making requests, speaking with an abnormal tone, rhythm, singsong voice, or robot-like speech, unable to start a conversation or keep one going, and repeating words verbatim without understanding how to use them

Behavior Problems
Performing repetitive movements, such as rocking, spinning, or hand-flapping, developing specific routines or rituals, becoming disturbed at the slightest change of routine or ritual, moving constantly, being fascinated by parts of an object (such as a toy car’s spinning wheels), and being unusually sensitive to light, sound, and touch but oblivious to physical pain

While there is no cure for ASDs, educational and behavioral interventions, medications, and other therapies have been shown to improve symptoms, especially if intervention takes place early. 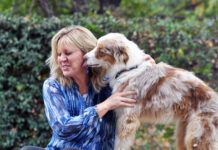 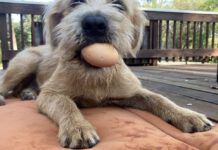