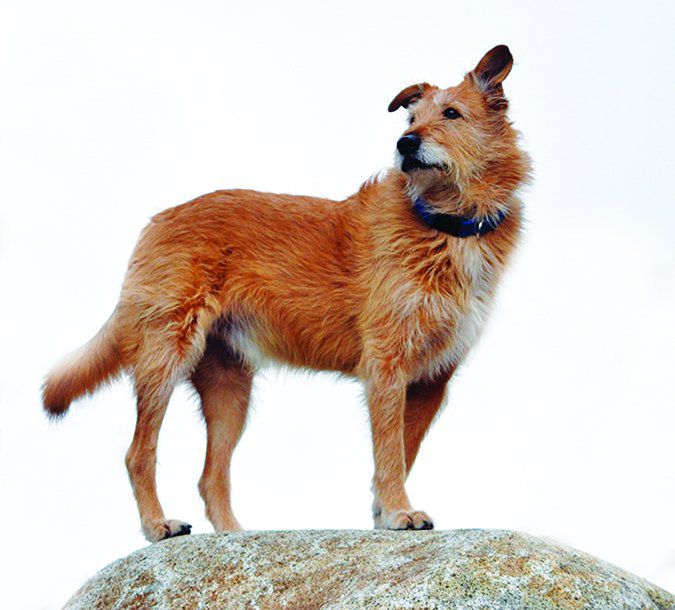 On a gorgeous spring day in Montana, I was heading back from a romp in the mountains with my three dogs when we stepped out of the woods into a meadow, replete with song birds and a smattering of open range cows grazing peacefully. My trail companions quickly discovered, to their absolute delight, fresh, delicious cow pies.

It occurred to me, however, that I didn’t know the MDR1 (multi-drug resistance gene) status of the newest member of my three-dog crew, Hap. MDR1 is a genetic predisposition to adverse drug reactions to more than a dozen common veterinary drugs, and the gene is found predominantly in herding breeds. Hap looks to be mostly Border Collie with maybe, just maybe, a pinch of Australian Shepherd, so having this predisposition could put him in danger in this situation. Cows are often given ivermectin as an anti-parasitic agent, and the drug can be found shortly afterward in their droppings; eating these droppings can cause a fatal reaction in a dog with the MDR1 mutation. So, I put a moratorium on the afternoon’s pie sampling, much to the dismay of my crew, and off we strolled into the sunset.

When we got home and I began looking up information on MDR1 testing, I learned that many of the genetic tests for breed-typing now also include genetic health screens, including testing for the MDR1 mutation. I thought, why not solve the mystery of Hap’s breed-mix and get health information at the same time? It sounded like fun!

How Do Dog DNA Tests Work?

While some of the early mixed-breed identification tests used a blood sample, all of the products on the market today extract DNA from cells swabbed by the dog’s owner from the inside of the dog’s cheek. The swab is sealed in a container provided by the company and mailed off to the company’s lab. There, technicians extract your dog’s DNA from the swab, and use computers to identify and compare specific bits of it to bits taken from dogs of known lineage.

The genome of a dog contains about 2.5 billion nucleotides (the building blocks of DNA); researchers focus on “only” about 200,000 of these individual genes – or rather, microsatellites or repeating sequences of DNA called single-nucleotide polymorphisms (SNPs, pronounced “snips”) that form signatures particular to various breeds.

Researchers must have enough SNPs from enough purebred representatives of each breed in order to have an adequate array of SNPs to which they can compare your dog’s SNPs. The larger the company’s database of samples from purebred dogs, the better. When a company fails utterly to suggest ancestors of candidate breeds that are remotely likely, it’s probable that it lacks enough breeds in its databanks to find good matches for your dog’s SNPs.

When Your Dog’s Looks Are Deceiving

That said, when dogs of various ancestry reproduce, the resulting pups may visually resemble other breeds entirely – but the genetic signatures inherited from their parents are more telling than the most dog-savvy eye. Take Clara, for example. Clara is a shelter rescue dog, adopted as a young adult, who was presumed to be mostly a Labrador, with a little something more medium-sized in the mix. Her owners, Gianna and Kip Savoie, guessed she had a herding breed somewhere in her lineage, given a lot of Border Collie-like behavioral characteristics they’d seen.

They sent a swab of her cheek to Embark for analysis. What came back was mostly what they had suspected: Labrador Retriever, a splash of Border Collie, but with a few smaller surprises and one very big one. This short-haired black dog was, in fact, declared to be more Golden Retriever (38 percent!) than anything else.

Based on the sharpest visual assessment, this may seem like an error, but it is in fact highly feasible.

Golden Retrievers carry a black gene that is expressed in their nose, the pads of their feet, their glamorous thick, black eye-liner, but not their coat. The black is blocked by the yellow gene, which is recessive, as is their characteristic luxurious long locks. A Golden Retriever bred to a dog lacking genes for yellow coloration and long coat, like a black Labrador, therefore, would result in a black dog with a short coat – a dog that looks a lot like Clara.

On the more comedic end of the spectrum, Hap, my happy, hoppy, flying Border Collie/mystery-breed cross was declared by Wisdom Panel to be 88 percent Border Collie and 12 percent – ready for this? – Boston Terrier! Having never even seen a Boston Terrier in Montana in my 20 years living here steeped in all things dog, this struck me as highly unlikely.

Since I live in a rural, ranch-heavy area and the shelter from which I acquired this chap is small and more like a herding dog rescue than a general open-door shelter, I struggled to imagine where Boston Terrier genes could have possibly come from. On the other hand, Hap is definitely the most playful, gregarious dog I’ve known and these qualities fit the personality type of the Boston Terriers I’ve met, so maybe. Perhaps there was a Boston Casanova passing through that visited a ranch at just the right time. Strange things can happen.

But sometimes, the results do test the bounds of credulity. Take, as a case in point, the results returned by DNA My Dog from a sample from Otto, a highly-mixed breed dog belonging to WDJ’s editor, Nancy Kerns. Otto has been tested by several companies (see “Otto’s Results,” below). The two companies with the largest breed databases returned fairly similar results. But DNA My Dog, a much smaller company, returned results that were not just completely dissimilar to the results from the two larger companies, but also incredibly improbable. The breeds suggested are highly unlikely to be present in Otto’s geographic area of origin, and even less likely to be present in the identified combination.

The companies that offer this service have a few standard explanations for results that don’t seem to make sense.

None of the companies would admit that their reference databases are of an inadequate size to accurately identify the SNPs from your dog – but they might suggest that this could be true of their competitors.

All of the companies will be quick to explain that there are hundreds of thousands of genes that are responsible for a dog’s appearance, and that many breed combinations result in dogs who look very different than what you would expect from that mix of breeds.

Also, genes in mixed breeds do not always combine in the same ways within all litter-mates, so size and physical and behavioral characteristics in the same litter of pups can and often do vary, sometimes wildly.

They also explain that the complexity of your dog’s mix will affect the accuracy of the results. First-generation crosses between two purebred parents are relatively easy to identify, but dogs who don’t have any purebred ancestors within several generations are much harder to identify with much certainty, as the length of the inherited SNPs that are unique to purebred dogs become much shorter with each generation of mixed-breed progeny.

Problems with identification can also arise when there is a lot of divergence within a specific breed-type, like in the case of Australian Shepherds and Border Collies, where you have field-bred lines and show-bred lines. The genetic signatures in the companies’ databases usually correspond with show-bred lines, so field-bred Aussies and BCs might even get assigned to a different breed altogether.

Both Embark and Wisdom Panel make it easy for consumers to contact them and ask questions about their dogs’ results. I called and asked a representative from Wisdom Panel to review Hap’s results with me and was told that the statistical confidence in the Boston Terrier finding was marginal, meaning there is a high probability this result is not correct. Hap could have 12 percent of something not represented in the Wisdom Panel database (such as field-bred Australian Shepherds), but since this unique signature does not currently exist in the database, he was assigned to the breed with the closest matching genetic signature. I was told that updates will be made to Hap’s report as new information is added to the database.

Which Dog DNA Test is Best?

Of the brands available, Embark and Wisdom Panel appear to be the most transparent about their methodologies and about the information available in their databases. They both make frequent updates to their products, while also being accessible to answer consumer questions. This makes them both rise to the top in my book. Note, however, that the basic Wisdom Panel 4.0 Breed Detection test costs less than half the price of the Embark test.

Other companies, like DNA My Dog, has a relatively small database with 92 breeds, very scant information available about their methodology, and I found it difficult to even find contact information to ask questions.

While commercial genetic breed-typing is still evolving, it is interesting and ridiculously fun, which is worth something. More companies are offering genetic health screens as well, which may prove useful for the long-term health care of your dog. A lot of it may not be applicable to your particular four-legged friend, so before shelling out the money, be sure to consult your veterinarian to find out what she or he recommends.

Otto’s results have morphed over the past eight years, with the unlikely Basenji disappearing and a bully breed and Australian Cattle Dog appearing in the mix. Note that the results provided by the two leading mixed-breed test providers are pretty darn similar – and that the results from the smallest company offering this service border on fantasy. (Those breeds are highly uncommon in Otto’s area of origin, and would be even more uncommonly seen in the same dog.)

Kathryn Socie-Dunning lives with her husband and three dogs in Montana. 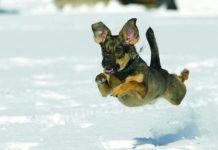 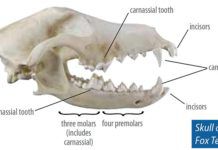 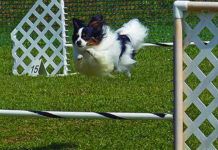