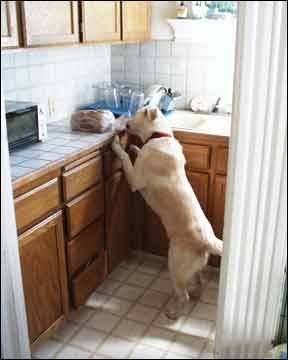 There is a growing body of information available to anyone who wants to learn more about why dominance theory is so outdated and incorrect. Here are 10 resources to get you started:

1) The American Society of Veterinary Animal Behaviorists Position Statement on Dominance: “The AVSAB recommends that veterinarians not refer clients to trainers or behavior consultants who coach and advocate dominance hierarchy theory, and the subsequent confrontational training that follows from it. (tinyurl.com/avsabdominance )

2) The Association of Pet Dog Trainers Position Statement on Dominance:
“The APDT’s position is that physical or psychological intimidation hinders effective training and damages the relationship between humans and dogs. Dogs thrive in an environment that provides them with clear structure and communication regarding appropriate behaviors, and one in which their need for mental and physical stimulation is addressed. The APDT advocates training dogs with an emphasis on rewarding desired behaviors and discouraging undesirable behaviors using clear and consistent instructions and avoiding psychological and physical intimidation. Techniques that create a confrontational relationship between dogs and humans are outdated.” (apdt.com/about/ps/dominance.aspx)

3) Certified Applied Animal Behaviorist Kathy Sdao: “. . . Even if dogs did form linear packs, there’s no evidence to suggest that they perceive humans as part of their species-specific ranking. In general, humans lack the capability to even recognize, let alone replicate, the elegant subtleties of canine body language. So it’s hard to imagine that dogs could perceive us as pack members at all.” (tinyurl.com/kathysdaodominance)

4) Dr. Patricia McConnell, PhD, ethologist: “People who argue that ethology supports ‘getting dominance over your dog’ are not only focused on an issue more relevant 50 years ago than today, they are misrepresenting the findings of early researchers on social hierarchy. Social hierarchies are complicated things that allow animals to live together and resolve conflicts without having to use force every time a conflict comes up.” (4pawsu.com/pmdominance.htm)

5) Dr. Meghan Herron, DVM: “Our study demonstrated that many confrontational training methods, whether staring down dogs, striking them, or intimidating them with physical manipulation such as alpha rolls [holding dogs on their back], do little to correct improper behavior and can elicit aggressive responses.” (tinyurl.com/meghanherrondominance)

6) Low Stress Handling, Restraint, and Behavior Modification of Dogs and Cats, by Dr. Sophia Yin, DVM: “. . . dogs jumping on people are not vying for higher rank; they are simply jumping because they want attention and they often get it by doing so. When dogs jump on counters to steal food . . . despite having been punished previously when you are present, they are using an alternate strategy for obtaining food and getting the chance to investigate . . . These unruly behaviors occur not because the animals are vying for rank but because the behaviors have been rewarded in the past.”

7) Study – University of Bristol: “Far from being helpful, the academics say, training approaches aimed at ‘dominance reduction’ vary from being worthless in treatment to being actually dangerous and likely to make behaviours worse.” (tinyurl.com/univbristoldominance)

8) The Culture Clash, by Jean Donaldson (1996, 2005, James and Kenneth Publishing): “The dominance panacea is so out of proportion that entire schools of training are based on the premise that if you can just exert adequate dominance over the dog, everything else will fall into place. Not only does it mean that incredible amounts of abuse are going to be perpetrated against any given dog, probably exacerbating problems like unreliable recalls and biting, but the real issues, like well-executed conditioning and the provision of an adequate environment, are going to go unaddressed, resulting in a still-untrained dog, perpetuating the pointless dominance program.”

9) Dominance in Dogs: Fact or Fiction, by Barry Eaton (2011, Dogwise Publishing): “…The alpha wolf is not the dictator of a pack, but a benevolent leader, and domestic dogs are not dictatorial and are unlikely to try to raise their status to rule over other dogs in a pack environment.”

“I believe it’s time to open our minds and consider the concept of pack rules as a thing of the past and recognize that dogs are not constantly trying to dominate their owners.”

10) Dominance Theory and Dogs, by James O’Heare (2008, 2nd edition, Dogwise Publishing): “…while the notion of social dominance holds potential for value in a social psychology and ethology context, it is an insidious idea with regards to explaining and changing behavior between companion dogs or dogs and people… it should be abandoned completely in that context in favor of a more efficient, effective and scientifically defensible behavioral approach.”

From an interview: “The most significant problem with viewing dog-human relationships in the context of social dominance is that it implies and promotes an adversarial relationship between the two. It sets up a win-lose scenario, that actually ends up in a lose-lose scenario (as most win-lose scenarios do). It is incompatible with cooperation by its very nature, cooperation being something you need to promote an effective bond and training environment.” 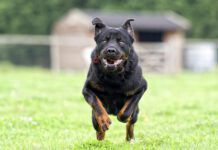