Resource-guarding – that is, protecting valuable possessions – is a natural, normal canine behavior. Yet at some point we humans developed the arrogant and misguided belief that we should have the right to take anything away from our dogs, any time we darn well please, and our dogs should have no right to object. Dogs who attempt to protect their valuable resources in their humans’ home tend to be punished, sometimes severely.

Should dogs really be met with cruelty or death because they’d prefer not to share their food, toys, or bed?

I’m a passionate advocate for families who want to adopt from a shelter and want a dog who won’t hurt other members of their family. But I also believe that many dogs who exhibit resource-guarding in the highly stressful environment of a shelter can be safely incorporated into many family homes.

ASSESSING GUARDING IN A SHELTER

Most shelters use some sort of behavior assessment, formal and structured or informal and ad hoc, to determine which unclaimed or relinquished dogs should advance to the shelter’s adoption program or be designated for behavior modification, and which should be deemed “unadoptable.” In recent years, the behavior assessments that are most widely employed by shelters have come under fire due to studies that suggest that they are not predictive and not replicable.

“Not replicable” means that results of one shelter staff person’s assessment of a dog may be entirely different if the same dog is assessed by a different person, or on a different day. Both of these flaws put the validity of the assessment tools into question.

In our view, given that aggression is caused by stress, and even the best shelter in the world is a stressful place for almost any dog, it’s not surprising that a stressed shelter dog might be more likely to snap and snarl when pressured in the presence of a high-value resource – or in response to some of the other provocative procedures in an assessment.

The findings of recent studies about assessments put responsible shelters in a difficult position. How do they best ensure they are not putting dangerous dogs into the hands of the public if they cannot trust the results of their assessment protocols? There are no easy answers – but there are things that shelters can do to keep from killing dogs who are unlikely to cause harm after being adopted into a family environment:

* Realize that resource-guarding is, indeed, a natural and normal canine behavior, especially for a dog who is living in a stressful environment.

* Be more forgiving when a dog exhibits some tension over a valuable resource during the assessment process. Rather than an immediate “You failed!” response when a dog tenses or growls, gently pursue the process (assuming a fake hand is being used). During my long career working with shelters and doing assessments, I have seen a significant number of dogs de-escalate their level of tension when the assessor remained calm and continued the process with gentle persistence.

* Recognize that a dog who stiffens and growls during the procedure is communicating, not attacking. She is saying, “This is mine and I don’t want to share.” If you proceed (inappropriately, in her estimation) after giving you a polite warning, she may escalate to a more intense, “I really mean it; this is mine and you can’t have it.” Though her behavior may seem aggressive to inexperienced dog owners, the dog is actually showing admirable restraint and still may be a good adoption candidate for an appropriate home, without further intervention needed.

* If the shelter is uncomfortable placing dogs who exhibit the kind of behavior described above, its management could establish a behavioral foster program. Staff and/or volunteers who are knowledgeable and capable of working with behaviorally challenging dogs can assess and work to modify their guarding behavior in the shelter.

Alternatively, the dog could be placed in a foster home (with one of those experienced dog-savvy volunteers or staff members) to see if this is one of those behaviors that ceases when the dog is no longer dealing with the stress of the shelter environment.

* Continue to consider dogs who show an extreme response to a reasonably mild threat to their resources as not-adoptable, unless the shelter has the expertise and resources to do significant behavior modification.

The shelter that I worked with a few years ago created a continuum that spelled out how dogs who offered varying degrees of resource-guarding behavior would be handled (see the table below). Each possible response corresponded with a specific recommendation. As a result, they began safely and successfully placing many dogs who, previously, would have been euthanized.

This table is an assessment form for a resource-guarding evaluation.
The left column describes possible responses that a dog might exhibit to a test in which the dog is given a valuable resource, such as canned food or a favorite toy, and then a handler attempts (with an artificial hand on a stick) to take the resource from the dog.

Dogs who display behaviors marked on the “Shares easily” end of the spectrum could be placed in any home. If their responses were marked somewhere in the middle of the spectrum, they were placed for adoption with restrictions (such as “no small children” or “experienced home only”), moved to the shelter’s behavioral foster program, or sent to a known rescue with behavior modification resources. If, however, their behavior was judged to match the most extreme descriptions at the “Guards Resource” end of the spectrum, they would be judged a candidate for euthanasia.

WORKING WITH A DOG WHO GUARDS

Today, progressive trainers and shelter managers are aware that resource-guarding behavior can be managed, modified, and/or minimized. It requires understanding that this is a natural, normal canine behavior; a willingness to modify the dog’s environment in order to set him up for success; and, depending on the degree of drama that the dog brings to his guarding, a bit of work.

From the outset, adopters of all dogs (not just those with a history of guarding) need to be educated that the concept “I should be able to take anything away from my dog” is false and dangerous.

Then, whether the dog is living in a shelter or in a home, the first critical task is to make sure that no one (purposely or unwittingly) antagonizes the dog into aggressive behavior. All staff and volunteers or family members need to be thoroughly trained on procedures for working with the dog and minimizing guarding behavior; obviously, only staff or family members who are capable of and committed to staying cognizant and alert to these procedures should be allowed in the dog’s proximity.

When handling any item that has any value for the dog, people need to learn how to safely trade with the dog for anything he might covet, including bowls, toys, or anything he might have randomly grabbed, such as a dropped cell phone or keys (see “Protocol for a Safe Trade” on the next page).

When circumstances prevent a trade from taking place, the dog’s handlers should manage the environment to prevent the dog from having an opportunity to guard. For example, in a shelter, the staff might be instructed to move the dog to the other side of a double-sided kennel (and closing the door between them) before picking up items in the kennel; in a home, Mom would be instructed to put the dog outside before she picked up his empty food bowl.

Most resource-guarding behavior is much more easily managed or modified than once thought. In an appropriate adoption home, with family members mature and committed enough to adhere to management protocols, resource-guarding doesn’t have to be an issue at all.

The same is true in a shelter with adequate understanding and resources. Complications arise with young or careless handlers, those who resist the new understanding of guarding behavior, and/or those who may deliberately undermine management protocols.

Nevertheless, the time is long past for resource-guarding to be a capital offense for our canine companions. Dogs have a right to want to keep their good stuff. Manage the home or shelter environment so stress and conflicts over resources don’t have to occur. Implement “Trade” and guarding behavior modification protocols as needed to keep everyone safe and happy. And let them live.

Thanks to Jacob Paxson of The Canine Connection in Chico, California, who demonstrated the do’s and don’ts of the “Trade” protocol. 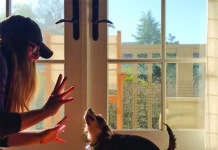 The Play Way for Shy and Fearful Dogs 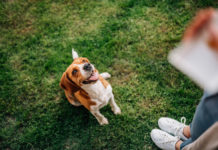 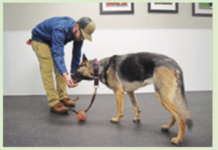 Protocol for Teaching a Safe “Trade” With Your Dog