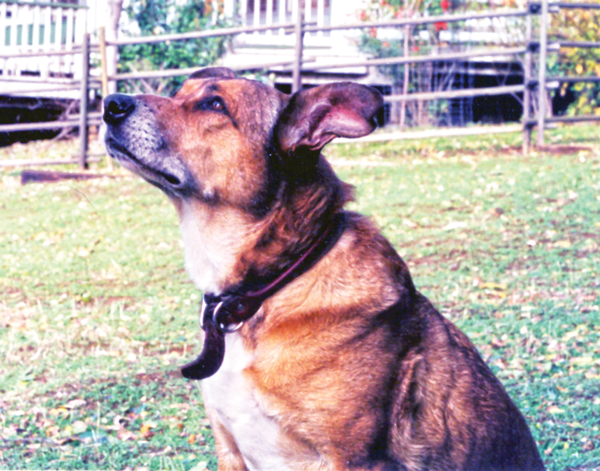 Roo was a large, adventurous, mixed-breed dog belonging to my colleague and friend Tory. In August 2008, at about 13 years of age, Roo was experiencing what her veterinarian thought were small seizures. By pursuing this one seemingly small isolated symptom, further diagnostic tests revealed a mass on her spleen.

A soft tissue specialist recommended exploratory surgery with removal of the tumor, if possible; this would provide the best chance for a diagnosis and treatment. Tory was hesitant: Roo was a senior dog; surgery seemed to be a lot of trauma to put her through – especially because at that moment she was perky and happy and appeared perfectly normal. It was only upon reflection that we realized this was periodic recovery from the small bleeds that intermittently depleted her body of red blood cells.

The specialist reassured Tory that Roo was very stable and that the surgery shouldn’t be too taxing on her system. The vets suspected that the mass was more than likely some kind of malignant tumor – either hemangiosarcoma (incurable with a short survival time) or hepatocellular carcinoma (curable if completely removed).

Roo underwent a successful splenectomy. The tumor itself was found to be self-contained (a good sign), but additional smaller growths were seen on the liver (a not-so-good sign). The surgeon opted not to biopsy these growths as Roo’s blood pressure was fluctuating during the procedure. Furthermore, if the masses were HSA, bleeding could become a serious problem.

Sadly, the biopsy confirmed the mass was HSA and an oral metronomic chemotherapy protocol was added to her palliative treatment plan; she was also supported with supplements and special home-prepared meals.

Roo spent weekdays with us at the office. She would spend time gazing out the picture window watching the city life of downtown San Francisco. She wandered from desk to desk in search of goodies. At my desk, she became quite adept at clearing everything off of it in search of treats. I may have contributed to this behavior. She knew when it was time for lunch; French fries were her favorite. Or maybe it was ice cream. She was enjoying life.

And then one day at about five months post-surgery, Tory noticed Roo seemed a little off. Bloodwork was promptly performed; the results were not good. Her time was nearing and she was watched very closely.

A few days later, she had an episode similar to those that occurred at the beginning of the disease. She was carried to the car by a colleague and rushed to the veterinarian. She was failing fast and nothing more could be done – except take her home and let her eat out of a gallon container of ice cream while the vet sedated her.

Tori remembers: “As she was laying there, I realized what was so special about her: She was the first being in my life to whom I was her number one. I was the single most important person to that dog. I’d never really experienced that before. My other dog, Scout, was kind of ‘everyone’s dog’ and all my other dogs before had been family dogs. So I thanked her over and over for choosing me!” 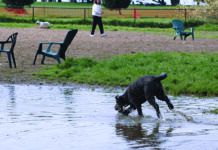 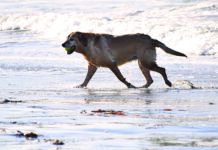 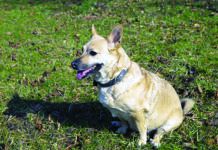