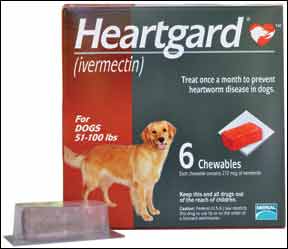 In “Time to Step It Up” (WDJ July 2011), we described one small study that showed only Advantage Multi was 100 percent effective against the MP3 strain of resistant heartworms after a single dose. The report was true as far as it went, but new points have emerged that make this a more complex story and one for which we do not have all the answers yet.

The MP3 heartworm strain was isolated from a dog in Georgia in 2006 and kept in the laboratory for study, but has apparently not been found outside the lab since. More recently, studies have identified additional heartworm isolates with “reduced susceptibility” (the term researchers prefer to “resistance”) in the lab to heartworm preventives. These strains were taken from dogs in the Mississippi Valley region who developed heartworm infections despite being on monthly preventives. Unpublished laboratory studies show that none of the existing heartworm preventive medications, including Advantage Multi, were 100 percent effective against these isolates.

It’s important to emphasize that all of the heartworm preventives are still effective against most heartworms, even those from potentially resistant strains. In fact, further unpublished results from the MP3 study showed that all four of the heartworm preventives tested (Heartgard, Interceptor, Revolution, and Advantage Multi) were 100 percent effective against this strain after three consecutive monthly doses were given.

Heartworm resistance is not a reason to discontinue monthly heartworm preventives; in fact, the opposite is true. It’s more important than ever to give heartworm preventives year-round, and to have your dog tested for heartworm infection every year. Because it takes larvae about six months to mature into adult heartworms that can be detected by heartworm tests, the best time for testing is in the spring, six months after the start of cold weather (for those in warmer areas, testing can be done at any time).

Potential heartworm resistance is still believed to be geographically limited to the Mississippi Valley, from Missouri to Louisiana. As discussed in July’s article, those who live in this area may also want to consider giving heartworm preventives more often or at increased dosages, if their veterinarians agree that it is safe to do so.

For more information
Heartworms and Resistance: Truth or Fiction?
bayeranimalhealthsymposium.com/blagburn_heartworm.shtml 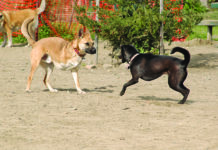