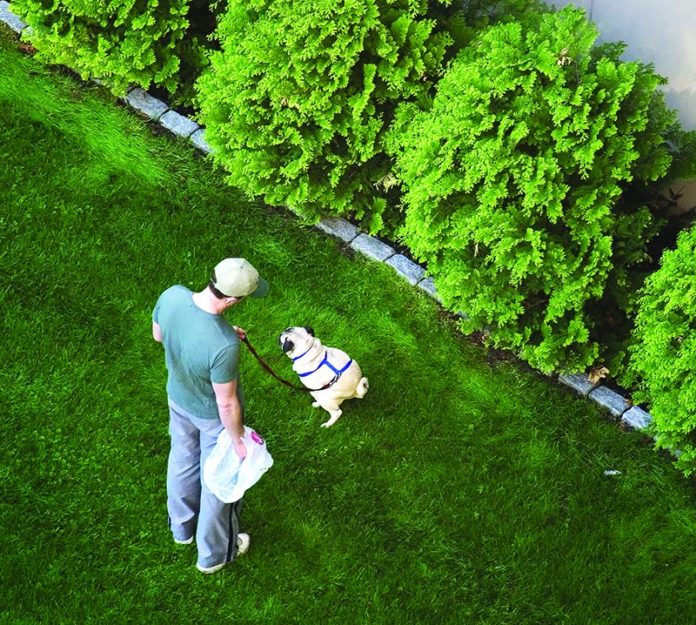 I was at the gym recently, swimming laps. After my workout, I was sitting by the side of the pool and a fellow swimmer and friend stopped to chat about dogs. He has never owned a dog, but his daughter has been pressuring him and he thinks she is finally old enough to take on the responsibility of caring for a dog (good dad!). So, I was anticipating a discussion about breeds, where to look, training, feeding, etc. But that is not where this was going at all. Instead, he wanted to talk about poop:

Me: “So, does she have a breed or breed-type that she is considering?”

Him: “You know. I see all of the people in our neighborhood taking their dogs for a walk in the morning and they all carry these bags with them and then, ugh . . . they all PICK UP THE POOP WITH THEIR HANDS!”

Me: “Well, not exactly; there is a plastic bag involved. But regardless, what is your point?”

Him: “I just find that so gross and disgusting. I don’t think I could do it.”

Him: “Ick. Yuck.” (Accompanied by a squeamish expression that I have never seen on the face of a grown man.)

Me: “Okay, let me get this straight. You are a triathlete. You regularly beat the crap out of your body by swimming, running, and cycling ridiculously long distances. You have backpacked and camped all over the country, with no ‘facilities’ and sometimes not bathing for days . . . and you squirm at picking up dog poop in a plastic bag?”

Him: “Yeah, that about covers it.”

Me (laughing): “You gotta get over that, dude. Take a class or something. All dog folks pick up poop. It’s no big deal.”

It really is no big deal. Many dog owners are not only comfortable with poop scooping, we also regularly examine the quality of our dog’s leavings as a general barometer of their health and the quality of the food that we have fed them. So, when I learned of a recent study that asked a group of dog owners to do some “poop scoopin’ for science,” I was only surprised that there have not been more published studies of this nature.

Those of you who have read my book Dog Food Logic know that I personally advocate for increased transparency in the pet-food industry and for the need to provide dog owners with information that is actually useful when selecting foods. Without question, one of the most important measures of a food’s quality is its digestibility – the proportion of the food that a dog’s gastrointestinal tract is able to break down (digest) and absorb into the body for use. Digestibility correlates well with both ingredient quality and proper food-processing techniques, so this information would be helpful for dog owners to have. However, the vast majority of companies do not provide it.

The only (very rough) estimate of food digestibility that we have is what can be gleaned by regularly examining the quality and quantity of our dog’s feces – a behavior that, in addition to providing little solid information, lends itself to weird looks from neighbors, such as my swimming friend. A crappy state of affairs, indeed.

When challenged, representatives of the pet-food industry generally deflect criticism by maintaining that current regulations do not require reporting of food digestibility. (The old, “We don’t gotta so we ain’t gonna” defense.) Further, not all pet-food companies regularly measure digestibility, because doing so requires them to conduct feeding trials with dogs, which in turn requires access to research kennels and laboratories. Such studies are expensive and may be cost prohibitive for some of the smaller companies that do not maintain their own kennels or in-house analytical laboratories.

Fair enough. However, what about using dogs who live in homes? Why not enlist everyday Citizen Scientists who are dedicated to their dogs, feed commercial dog food, are concerned about quality – and who do not squirm at picking up dog poop? This would not only lead to increased numbers of dogs enrolled in these trials (thus supporting improved accuracy of digestibility estimates), but also allow needed comparisons among breeds, ages, life styles, and activity levels of dogs. Further, accessible digestibility study results would really help consumers get solid information about food quality.

Happily, a group of researchers from two universities in The Netherlands were thinking these same things.

The objective of their study was to develop a simple method of measuring dog-food digestibility that could be used with privately owned dogs living in homes. They recruited a group of 40 healthy adult dogs and asked their owners to feed a test food (and nothing else) for seven days. Amounts to feed each dog were pre-measured and the volume the dog consumed each day was recorded.

In this study, the test diet was a commercial dry (extruded) food formulated for adult dogs. After seven days of feeding, the owners were asked to collect all of their dog’s feces for a period of 24 hours. The feces were frozen and submitted to the researchers for analysis.

See the sidebar for a flow chart showing how a digestibility trial works. It is conducted in the same manner with kenneled dogs, although feeding and feces collection periods can vary.

The owners recorded the amount of food that their dog consumed each day and collected all of their dogs’ feces over the final 24 hours of the study. The researchers then analyzed the nutrient content in the food that was consumed and in the feces that were excreted. From these data, they calculated the proportion of the food that each dog digested, called a “digestibility coefficient,” and average values for the entire sample of dogs.

In this experiment, the food’s dry matter digestibility was 77.4 percent and its protein digestibility was 77.7 percent, values that reflect a food of “low to moderate” quality. The variability among dogs (as reflected by the standard errors), was found to be low. This suggests that the dogs in the trial showed consistency in their ability to digest the food and supports the in-home trial as a valid procedure.

In addition, the study reported compliance in 39 out of the 40 homes, demonstrating some pretty dedicated poop scooping.

Another recent study evaluated a set of eight commercial dog foods using both nutrient analysis and a set of feeding trials like the one above, but with kenneled dogs. They found a very wide range in the overall (dry matter) digestibility and protein digestibility among the eight products and noted that these differences would not be reflected by information that was provided on the pet-food labels.

The authors went further, stating: “…We have to note that there is no comprehensive list of information available to the consumer to evaluate the quality of commercial diets. A combination of laboratory analyses and estimation of digestibility coefficients is the only way to perform an accurate and complete evaluation of the quality of a commercial diet.” And yet, not all pet-food companies supply consumers with complete nutrient levels for their foods – and no pet food companies regularly provide digestibility coefficients.

The results of this pilot study tell us that in-home studies with privately owned dogs can provide much-needed information about dog-food quality and can allow the study of factors that may influence how well dogs utilize different foods (such as age, breed, size, health status, and activity levels). Compliance was very good; it’s possible to find owners who are willing to do their part, scooping poop for science.

Now all that we need is for pet-food companies to step up and begin to conduct in-home studies and make the information that they provide available to the dog folks who care!

Gabapentin For Dogs: What You Should Know