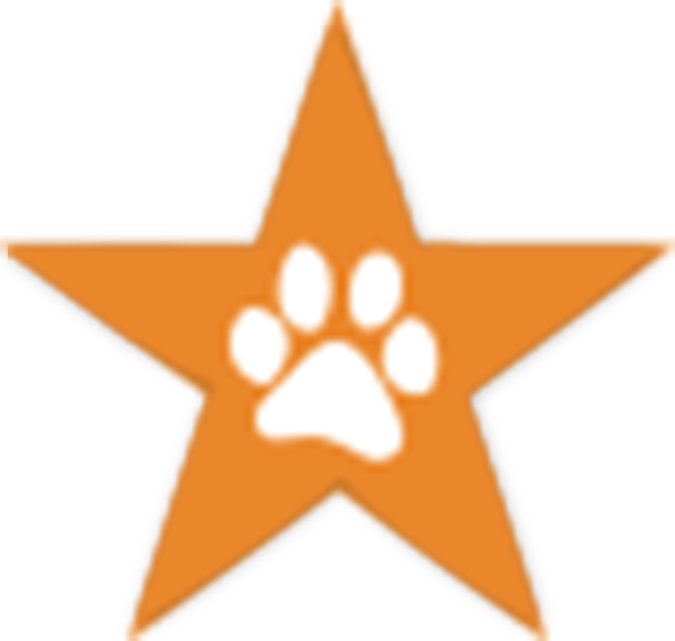 Why do you want to feed canned food to your dog? Compared to dry dog food, it’s expensive – and it might even be prohibitively expensive if you plan to feed it as your dog’s sole diet, especially if he weighs more than just a few pounds.

Many owners who feed canned food make that selection for a specific reason, for a limited period of time – for example, to motivate an elderly dog or a dog suffering from a health condition that causes weight loss and a poor appetite to eat more. The one exception might be people with very tiny dogs, who may have trouble chewing or swallowing kibble, and whose caloric needs are so minimal, that it might take two days or more to consume a single can.

It’s too bad that it’s so costly, because, fed in appropriate amounts, canned food is a very healthy choice for dogs. Its moisture content is far closer to that of so-called evolutionary diets for dogs, the sort of food dogs ate before they came to rely on us to feed them. Good-quality canned foods generally contain far more meat than dry foods; meat, the most natural canine ancestral diet ingredient, often accounts for as much as 95 percent of a good canned food! And meat is incorporated into canned foods in a much less processed form than the meat used in most dry foods. In top-quality canned dog foods, real, fresh meats from named species are the rule, not the exception. That’s awesome!

But in order for her dog to enjoy these advantages, an owner has to be able to identify these top-quality products! She has to be capable of picking them out of the crowd of lower-quality foods, which may have labels that are just as beautiful – and which, undoubtedly, have lower prices.

You don’t have to be a genius to sort the wheat from the chaff – or, I should say, to sort out the meat from the wheat! You’ll probably need some reading glasses or a magnifying glass, though, because to accomplish this task, you have to read some very fine print on the product labels. And the labels on cans are much smaller than the labels on bags of dry dog food! So, equip yourself accordingly when you head to the pet supply store, and we’ll tell you what to look for.

Since the main advantage of canning is its ability to deliver a diet with a very high percentage of animal protein in a shelf-stable and bacteria-free form, the first and foremost indicator of a canned dog food’s quality is the amount and type of meat included in the formula.

Water (or broth) as required for processing is often among the first few ingredients listed on a canned food label, but a whole, named animal protein (or two) ought to be right next to it.

“Whole” means no byproducts – although you should be aware that when you see “chicken” (or any other named whole meat) on a label, it doesn’t mean the chicken breasts or legs you might ordinarily associate with the phrase. The official definition of each type of meat includes fat and “the portions of skin, sinew, nerve, and blood vessels which normally accompany the flesh.” The legal definition of poultry (chicken, duck, and turkey) includes flesh and skin, with or without accompanying bone.

In contrast, “meat byproducts” include lungs, spleen, kidneys, brain, livers, blood, bone, fat, and stomachs and intestines that have been “freed of their contents.” Poultry byproducts include heads, feet, viscera (“free from fecal content and foreign matter except in such trace amounts as might occur unavoidably in good factory practice”). We do not consider foods that contain animal byproducts for our “approved food” lists.

“Named” means a specific animal species – such as chicken, beef, or pork – as opposed to “meat,” which can be just about anything.

Because we are looking for products with the highest possible inclusion of top-quality animal proteins, we’d choose a product with meat first on the label over one that listed water first and meat second.

We also want to see named animal fat sources, such as “chicken fat” or “pork fat,” rather than “animal fat.” That could be just about anything – and a mix of everything. If your dog has allergies or food sensitivities, avoiding ingredients with unknown constituents is a particularly good idea.

If vegetables, grains, or other carb sources are used, we prefer to see them in their whole forms, rather than by-products (potatoes, rather than potato starch, for example).

There are a number of traits that automatically disqualify a canned food from our consideration. The first and most important is the inclusion of an unnamed animal source, such as:

Wheat gluten is the next disqualifier. Wet foods often contain some sort of thickener or binder. Various types of “gum” (such as guar gum, from the seed of the guar plant, and carrageenan gum, from seaweed) are common thickeners. Whole grains, potatoes, and sweet potatoes also can be used to thicken wet food. But wheat gluten (and some other glutens) are generally used in wet foods to both augment the protein content of the food (albeit with lesser quality amino acids) and to act as a binder, a substance that holds together artificially formed “chunks” so that they resemble chunks of meat. In other words, it’s a cheap replacement for a greater amount of animal protein. If chunks of meat are present in a wet dog food, they should be actual chunks of meat, not a meat facsimile.

Sugar, molasses, or other sweeteners used in a canned food is another automatic strikeout. A food that contains quality meats shouldn’t need additional palatants to entice a dog’s appetite.

Finally, as always, we disqualify foods that contain artificial colors, flavors, or preservatives. These are rare in wet foods, but do appear on ingredients lists from time to time.

Remember, there is no single “best” food for every dog. Your task is to find the best-quality foods that are within your budget that suit your dog.

As discussed in the Editor’s Note of this issue, make sure you look for the statement of nutritional adequacy (a.k.a. the AAFCO statement) on the product label. Pay attention to whether it references adult maintenance, gestation/lactation, growth, or dogs of all life stages. Remember that if it says it’s for “dogs of all life stages” it is formulated to meet the higher nutrient levels required by puppies and pregnant or nursing moms. Make sure you are selecting a product that is appropriately formulated for your dog’s life stage.

So, keeping that foremost in your mind, the next thing you want to look at on the label is the “guaranteed analysis” (GA). By law, the GA must contain four things: the minimum amounts of protein and fat (they usually actually contain higher amounts, which we’ll discuss in a minute), and the maximum amounts of moisture (water) and fiber.

These four nutrients (and only these four) are legally required to be present on the label, as a consumer protection of sorts. From a nutrition standpoint, protein and fat are the most important factors in feeding an animal, so minimum amounts of these must be guaranteed by the pet food maker. If present in excessive amounts, nutrient-free water and fiber crowd out more valuable ingredients, so maximum amounts of these must also be guaranteed by the pet food maker. The majority of regulatory surveillance and enforcement is focused on these values.

Protein and fat levels in canned dog foods vary widely, so you have to look at the label for a clue as to whether the product you are considering is appropriate for your dog. We used the word “clue” deliberately, because the product might actually have far more fat and at least a little more protein than is stated on the GA. This is done partly to make sure that no matter what sort of variation there might be in the protein and fat levels in the formula’s raw ingredients, the food will reliably deliver at least the stated amount of protein and fat.

A food that contains a higher amount of protein than expected won’t harm the vast majority of dogs, so we don’t worry about the possibility that a food that states it contains 8 percent protein might actually contain 10 or 12 percent. However, a product that says it contains 5 percent fat but actually contains 10 percent or more fat can really cause problems for a lot of dogs, particularly dogs prone to pancreatitis.

The prevalence of under-reporting the fat (and to a lesser extent, the protein) in canned dog foods is just one more reason why we are now insisting on seeing the full nutrient analyses for food that we will include in our “approved foods” lists. Which brings us to our “approved canned dog foods” for 2016 . . .

As I stated in the editorial page linked in the previous section, for this year’s review of canned dog foods, we asked all of the companies that produce our previously approved foods to send us laboratory analyses of their products. We are awarding a higher level of distinction to the products that meet all of our selection criteria, old (as seen in “Hallmarks of Quality,” top right of this page) and new (lab results). The companies that were quickly and readily able (and willing) to share lab analyses for their canned dog foods appear in a separate table of “approved foods”.

A greater number of companies sent us theoretical, software-driven analyses of their formulas, with nutrient values that they expect from their recipes. As stated earlier, however, there are many factors that can cause a lab analysis to return nutrient values that are significantly different than what was expected or forecast by the software that formulated the food.

For now, we are recognizing these companies for their good-faith effort by continuing to include them on our “Approved Canned Dog Food” list. We’d be happy to upgrade them to our “gold star” list if they produce those lab results in the next few months.

Also on our “2016 Approved Canned Dog Food” review, we’ve listed the companies whose products were previously on our approved foods lists (based on our selection criteria involving ingredients), but who either didn’t respond to our inquiry about lab analyses or who asked for more time. If or when we receive lab test results from these companies, we will add them to our “gold star” list, which will be updated in the next few issues.

Two final notes: Depending where you live, the foods on our “approved foods” lists may be difficult to find; most are sold in independent pet supply stores, or high-quality “pet specialty” chain stores. If you can’t find any of the listed foods in your supermarket or pet store, you can still use WDJ tools to help you make a buying decision. See “Buying the Best Canned Dog Food: Behind WDJ’s Approved Wet Dog Food List” for detailed guidelines. And don’t forget that these foods are going to be more expensive than canned dog foods you may find in a grocery store or giant warehouse-type store; quality ingredients really do cost more than low-cost fillers like wheat gluten and animal byproducts.

Which Type of Dog Food is Best?

How Much Should You Feed Your Dog?