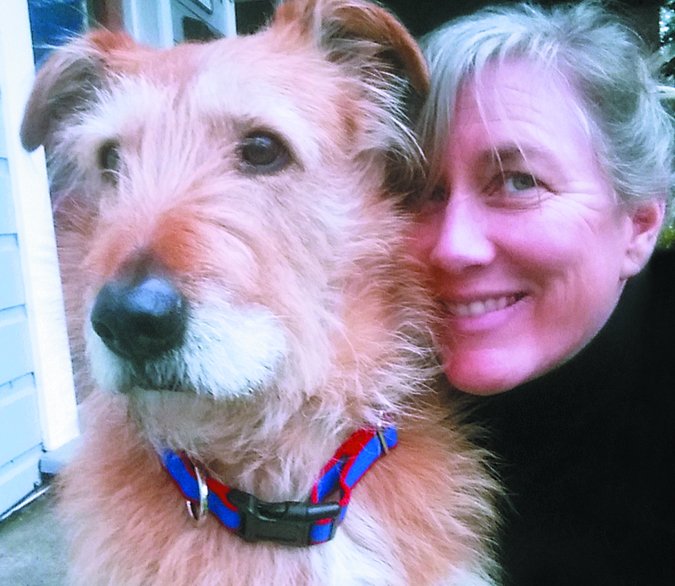 I got a little whiny in one of my blog posts recently. I was feeling a little depressed by my latest foster project: a mixed-breed mama and her nine teeny puppies. They were surrendered to my local shelter in sad shape: thin, infected with coccidia, and infested with fleas. The mom knows absolutely not one cue, not even “sit,” though she is super sweet and friendly – how can someone let such a nice dog get into such bad shape, and pregnant to boot? Ugh! Some days it just feels like we humans are making no progress in our ability to care for and manage our dogs.

Days after I wrote that post, my husband and I drove 100 miles south to spend the weekend with one of his cousins and the cousin’s wife. A death in the family reconnected the cousins, and after lamenting the fact that it shouldn’t take a funeral to schedule a visit with one another, my husband’s cousin invited us to come and stay with them.

I’m not going to lie; I had work to do, it was a hassle to arrange care for my chickens, my two dogs (in separate places), and the foster family (who are all receiving medication twice daily for the kennel cough they picked up in the shelter), and I had met the cousin only once and his wife never. I wasn’t looking forward to it.

But my husband’s cousin greeted us at the door with a 12-week-old miniature Schnauzer in his arms, and before really even saying hello, he handed us each a treat and asked us to feed it to the puppy. I instantly cheered up; this was going to be a great visit!

It would take more space than I have to list all the things that they were doing just right for their new puppy, Callie – and that’s in addition to wisely managing greetings to prevent the puppy from alarm barking. Just a few of the most important ones: They had purchased Callie from a reputable breeder they had known for decades and had waited years after their last beloved Schnauzer had passed, so they were really ready for a whole new dog (not just mourning the last one). They had appropriately sized treats and a variety of toys stashed all over, so they could reward the puppy quickly for any good behavior they wanted to reinforce. They had an exercise pen with a comfy bed and a water bowl set up in the kitchen, so the pup could be safely contained while they were busy cooking and eating. They also had a soft crate with a super thick, warm bed set up in the living room, where Callie already put herself to bed when she was tired.

I could go on, but the point is this: It did my heart so much good to meet people who procured and were caring for their new dog in such an educated, intentional, loving way, that the weekend really did end up relaxing and recharging me, and gave me hope that there are people out there doing it all right. Thanks, John and Karen, for restoring my temporarily lost faith in dog owners. 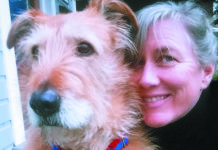 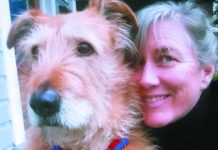