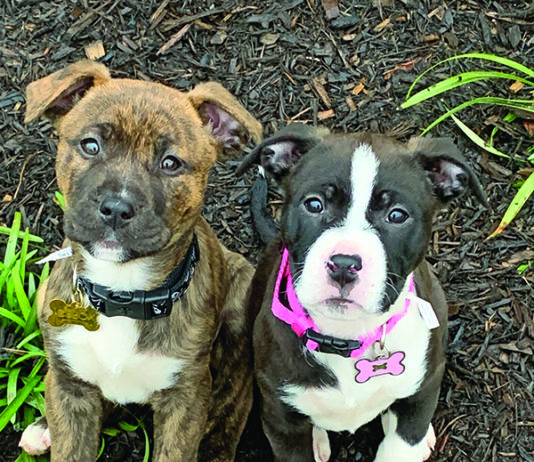 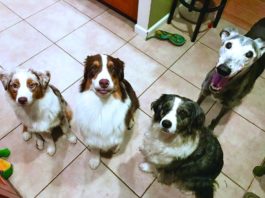 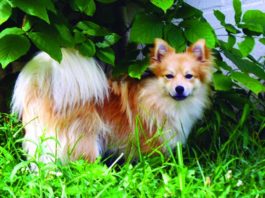 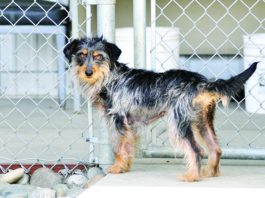 Successful Dog Adoption, Part 2: What To Do at the Shelter 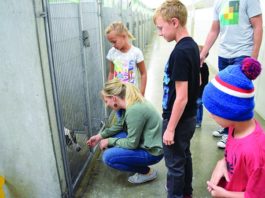 Adoption Heather Houlahan
0
Adopting a homeless dog should be a joyful process, and the beginning of a rewarding relationship. I highly recommend it. But there are pitfalls. (You knew there were going to be pitfalls, didn’t you?) Not every animal rescuer, rescue group, or shelter that is well-intentioned can back up good intentions with self-discipline, genuine animal expertise, and the organizational and people skills necessary to do a good job of placements and follow-up. 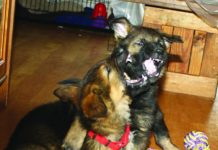 A Field Guide to Ethical Breeders

Adoption Heather Houlahan
0
look for puppies from accomplished parents.üBuy a puppy from someone who brings her up in such a way that you wish every puppy could be raised that way. Australian Cattle Dog puppies bred by Ingrid Rosenquist.üWe tried to simulate the classic puppymill puppy portrait - the kind with cute props and a pup that looks like it's never been handled before and is stunned by the process. But we couldn't get this shelter puppy to look that shellshocked!üA home visit to see the puppies (or to meet the parents before the puppies are born) is a must. Puppies should be living in a house 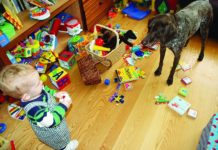 Dog Rehoming: When Is It the Right Decision?

Adoption Pat Miller, CBCC-KA, CPDT-KA
58
the harder she will be to rehome. Dogs who are very old 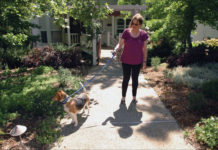 Adoption Denise Flaim
0
For a dog with such a demure name, Nora was, in the words of her new owner, purely awful. “There was not a thing that she got to that she did not destroy,” remembers Donna Hess of Basking Ridge, New Jersey, of the first few weeks with her newly adopted Basenji. “She ripped any pillow she could get to shreds, and then started on the comforters and blankets. She knocked over the garbage can 50 times a day. She chewed the other dogs’ collars off their necks. Tissues, toilet paper, knickknacks, throw rugs, small objects of all kinds were stolen or destroyed. Putting stuff up high did not help; she climbed all over the tables and counters. She literally could not be left alone for a second. And the worst thing was if you tried to catch her to confine her, she bit!”

Adoption Editorial Staff
0
The Gold Paw Program was developed by the Humane Society of Washington County, Maryland, (HSWC) to help identify and work with dogs who have the potential to be someone’s beloved companion, but need some help getting there. Gold Paw volunteers undergo extensive training in canine behavior so they are prepared to provide these dogs with the help they need. 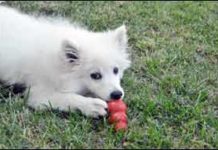 Why Adopting an Adult Dog Has its Advantages

Adoption Pat Miller, CBCC-KA, CPDT-KA
0
So, you've recently adopted an adolescent or adult dog, or you're planning to adopt one from a rescue group or shelter in the near future. Good for you! It generally takes adult dogs a lot longer to get adopted than those irresistible, pudgy puppies  even when they are calmer, better-socialized, house-trained, and past the chew everything in sight" stage. Shelter staffers often shake their heads as families pass up ideal 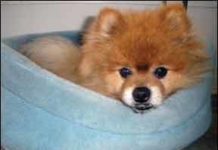 Every Dog Adoption is Like a Box of Chocolates

Adoption Pat Miller, CBCC-KA, CPDT-KA
0
The first adult dogs I adopted after beginning my animal protection career at the Marin Humane Society was Mandy, a tri-color Rough Collie who was surrendered to the shelter by her owner at eight years of age because she was leaking urine – she had spay incontinence. I am a sucker for Collies (my childhood companion and confidante was a Collie), and I offered to foster her, brush out her matted fur, and medicate the urine burns on her legs. 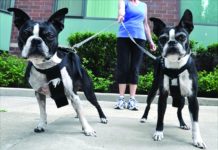 Problems Associated With Adopting Two Puppies at the Same Time

Adoption Pat Miller, CBCC-KA, CPDT-KA
40
There's no denying it: a new puppy is one of the world's most wonderful things. It's a cold, hard heart that doesn't get all mushy over puppy breath, soft pink puppy pads, and the fun of helping a baby dog discover his new world. So, if one puppy is wonderful, two puppies must be twice as wonderful, right? Well, not usually. Most training professionals strongly recommend against adopting two pups at the same time. The biggest challenge of adopting puppy pairs is their tendency to bond very closely with each other, often to the exclusion of a meaningful relationship with their humans. They can become inseparable. Also, owners often underestimate the time commitment required to properly care for and train two puppies; as a result the pups often end up untrained and undersocialized. 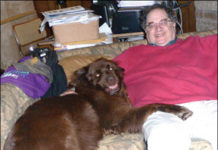 Adoption Editorial Staff
0
Please remember to mention rescue groups for people looking for specific breeds. We love Newfoundlands, and are celebrating the one-year anniversary of our adoption... 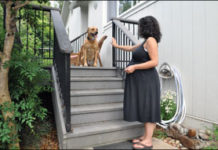 Selecting The Best Family Dog and Preparing Him for Children

Adoption Pat Miller, CBCC-KA, CPDT-KA
1
not just tolerate them. And if she shows signs of discomfort (such as looking away or moving away from children) 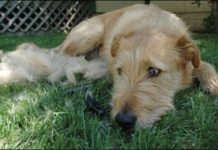 Enjoying Your New Dog as The Seasons Turn to Spring

Adoption Nancy Kerns
0
Spring is here and so is shedding season! Suddenly, every carpet in the house is woven with dog hair. Otto has what can be best described as a “combination coat” (I just made that up). Much of his outer coat is made up of long, stiff, straight hair – resembling that from a German Shepherd, or maybe a Labrador – that seems to wriggle into the carpet pattern itself. My vacuum is helpless in the face of this hair. Admittedly, it’s not a great vacuum, so cleaning the few carpets we have has turned into aerobic exercise. Quite some time ago, Black & Decker sent me a new DustBuster (handheld power vacuum) to try. This one is the “Retriever Pet Series Cyclonic Action,” and it plugs in; it’s powerful, unlike wimpy cordless models I’ve owned in my past. Used with its “turbo brush” (spinning rubber bristles) attachment, it’s fantastic at getting pet hair off our couch. But with an approximately three-inch intake, it’s not useful for cleaning entire carpets. My sister Pam has been telling me I absolutely have to get the same vacuum she recently bought: A Dyson “Animal.” She has three small white dogs and swears that she had enough hair to make another, larger dog out of the stuff that the new vacuum cleaned up on its inaugural tour through her house. “I had forgotten what a dark color my couches actually were!” she reported, incredulous. “And my rugs are beautiful!”
1234Page 2 of 4