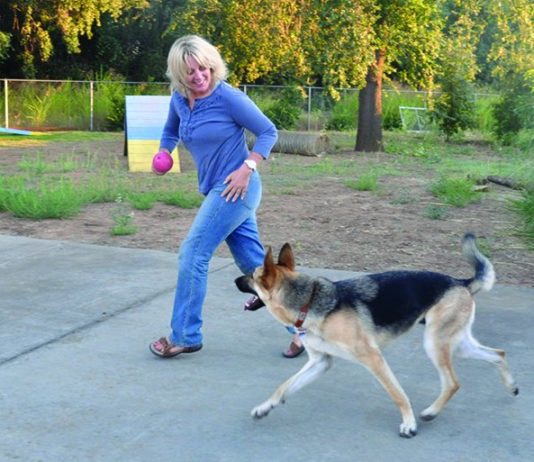 Are Dogs More Fearful Than They Used to Be? 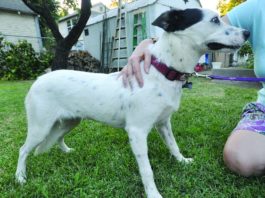 Canine Anxiety: Will Doggie Downers Keep Your Pup at Ease?

If Your Dog is Afraid of Thunder 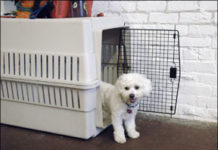 Fear & Confidence Pat Miller, CBCC-KA, CPDT-KA
0
Somewhere at this very moment, perhaps at a shelter near you, a frightened dog huddles in the back of her kennel, trembling, terrified by a chaotic overload of sensory stimuli: sights, smells, and sounds that are far beyond her ability to cope. Somewhere, today, a warmhearted, caring person is going to feel sorry for this dog - or one similar - believing that love will be enough to rehabilitate the frightened canine. Sometimes, it is. More often, though, the compassionate adopter finds herself with a much larger project than she bargained for. While shelters can a prime source for frightened and shy dogs, they are certainly not the only source. Pet stores, puppy mills, rescue groups, and irresponsible breeders (even some who breed top quality show dogs) can all be guilty of foisting off temperamentally unsound (due to genetics/nature) or under-socialized (due to environment/nurture) puppies and adult dogs on unprepared adopters. 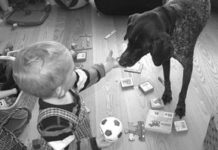 Fear & Confidence Mardi Richmond, CPDT-KA
4
he needs more distance between himself and strangers.üCarefully engineer any opportunities for your dog to gain positive experiences with strangers; exploit his love of treats!" 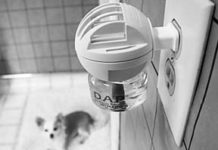 Fear & Confidence Pat Miller, CBCC-KA, CPDT-KA
3
Our review of a plug-in atomizer that dispenses a “dog appeasing pheromone” to calm especially anxious canines. According to its maker, DAP is supposed to mimic a natural stress-reducing hormone produced by mother dogs while nursing their puppies. It purportedly stops or reduces stress-related barking, urination and defecation, whimpering and whining, anxiety, fear, chewing, and other stress-related behaviors.

Dogs With An Unhealthy Fear of Loud Noises

Fear & Confidence Pat Miller, CBCC-KA, CPDT-KA
1
Many behaviorists and dog trainers believe that puppies go through a so-called fear imprinting" period sometime between the ages of eight to 20 weeks 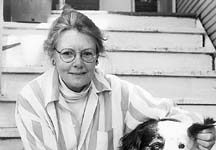 A Calming TTouch To Noise-Phobic Dogs

Fear & Confidence Sabra Learned
1
When the average dog hears a loud or unusual noise, as long as no one around him panics or acts strangely, he'll generally figure out that there is nothing to worry about. But noise-phobic dogs don't seem to notice that the earth just keeps turning, noise or no noise. This is where Tellington TTouch can make a difference. While TTouch works to help every animal become better balanced and more consciously responsive to itself and its environment, it is with the fear-based and/or habitual response patterns that TTouch can truly work wonders.

Fear & Confidence Nancy Kerns
0
People fear Rottweilers for a variety of reasons, and only a few of those reasons are due to the media. Some Rottie owners deliberately foster the intimidating look, fastening huge Gothic collars on their dogs and encouraging their dogs to be aggressive. Many Rottweilers are used for guard and protection work, a task they were bred for and excel at. And, face it, whether you want to blame nature or nurture (poor breeding or wrong-headed training), there are a certain number of aggressive, unpredictable, dangerous Rottweilers in the world. 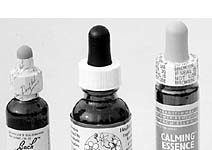 Is Your Dog Afraid of Thunder?

Fear & Confidence CJ Puotinen
0
Everyone knows a thunderstorm horror story. A terrified dog leaps off a balcony or breaks through a plate glass window before jumping a fence, running into traffic, and meeting an unhappy fate. Or the animal simply disappears and is never seen again. More common and just as distressing are the panic attacks that overcome stay-at-home dogs when thunder roars or the neighbors light firecrackers. Conventional veterinary medicine treats thunderstorm and other noise phobias with powerful tranquilizers or psychoactive drugs, none of which cure the patient and all of which have adverse side effects.

Fear & Confidence CJ Puotinen
0
As unlikely as it sounds, one of the most effective treatments for thunderstorm phobias may be an over-the-counter hormone used by humans to prevent insomnia. Melatonin, produced by the pineal gland, sets the body’s internal clock in response to exposure to light. The body creates melatonin only in total darkness, for the pineal gland stops production when any part of the body, even the back of the leg, is exposed to light. In people, melatonin has been shown to calm the nerves, reduce anxiety, relieve panic disorders, prevent migraine headaches, facilitate deep sleep, and, according to some researchers, help slow the effects of aging.
12Page 2 of 2