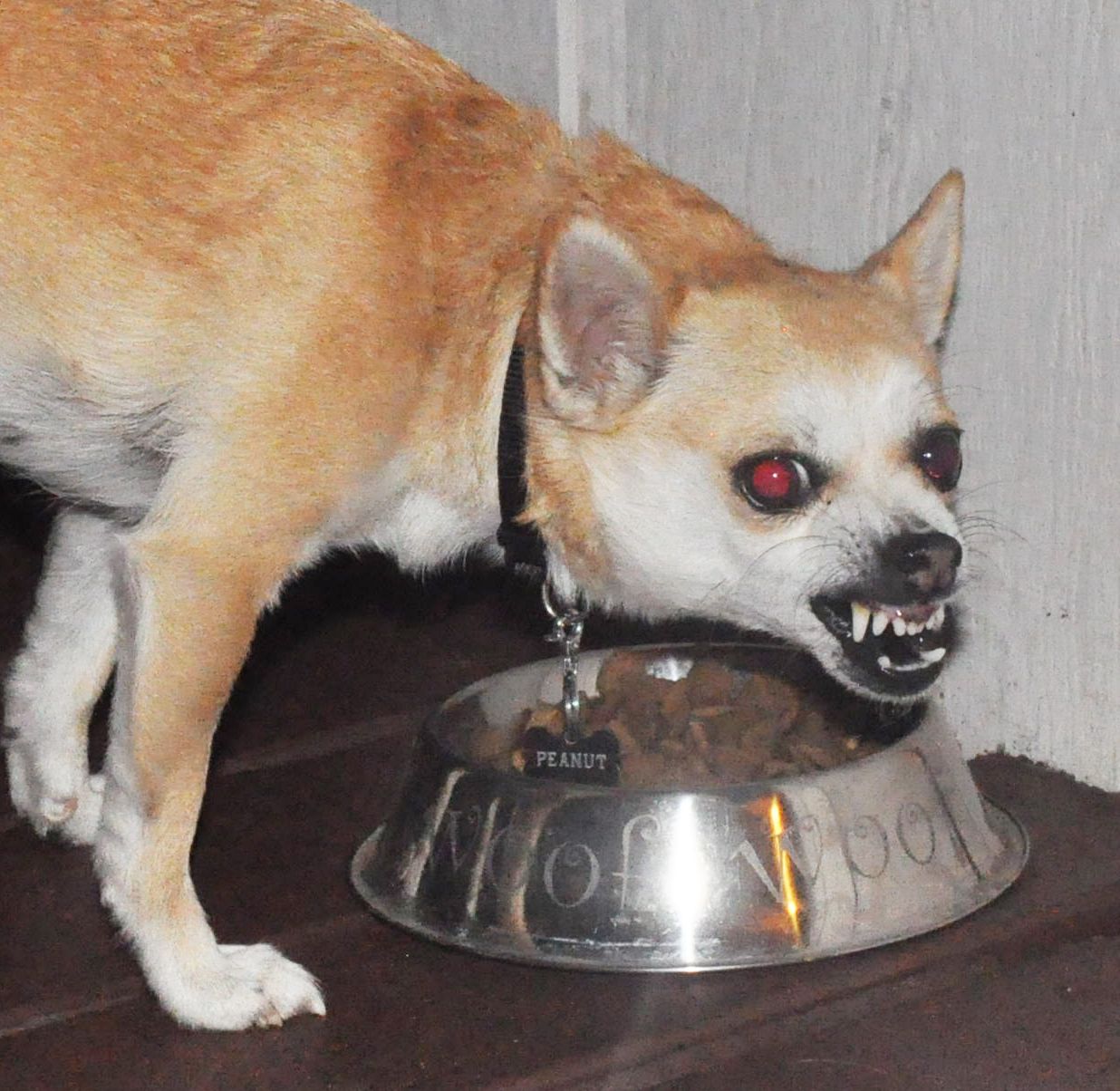 Over the years, I’ve received dozens (if not hundreds) of letters from readers saying, “Thank goodness for WDJ; you just published an article on (fill in the blank) the moment that I needed it to help me deal with my dog.”

There have been times that I’ve had the same experience – in which a problem crops up with on of the dogs in my life and — voila! — one of my writers submits an article that we’ve not previously discussed.

Well, here we go again: Last month, WDJ Training Editor Pat Miller asks whether I’d be interested in an article on dogs who guard their “resources” (food, treats, toys, beds, humans, whatever) from other dogs. We’ve done lots of articles on how to deal with dogs who guard their stuff from humans, but I couldn’t think of a time when we wrote about this exact topic. Sure! I said.

Just a day or two later, I took possession of my 23-year-old niece’s dog. Peanut, a four-year-old Chihuahua-mix, is living with my husband and I until my niece can establish herself (job and then a rental where dogs are permitted) on this coast. For the first week or so that he was with us, Peanut was shy and extremely deferent – to us, to our dog Otto, and even to our two (just-past-kittenhood) cats.  But almost a month into his residency, his confidence is building . . . to an almost ridiculous degree. Or at least one that is congruent with that of my last Chihuahua, Mokie (whom I “fostered” for three years for one sister, and who is still happily living with our other sister).

Despite the fact that Otto is not a chow-hound and has no interest whatsoever in Peanut’s food (or tiny bed); Peanut has begun guarding those “assets” rather ferociously. If Otto is anywhere within 30 feet, even paying no attention to Peanut whatsoever, Peanut starts growling and “guarding” – body stiff, eyes rolling, lips curling, the works.  Otto’s response is sort of a bemused-looking “Whatever!” He backs away from Peanut, tail wagging, licks his lips and looks at me as if to say, “What did I do?” Let’s just say, I have my photo model for Pat’s article, which will appear in the October issue.

Why do these tiny dogs act so tough, when this clearly out-of-scale response could actually endanger their lives, if they tried it around a less-benevolent dog? I’ll have to ask Pat to discuss this in a future article.