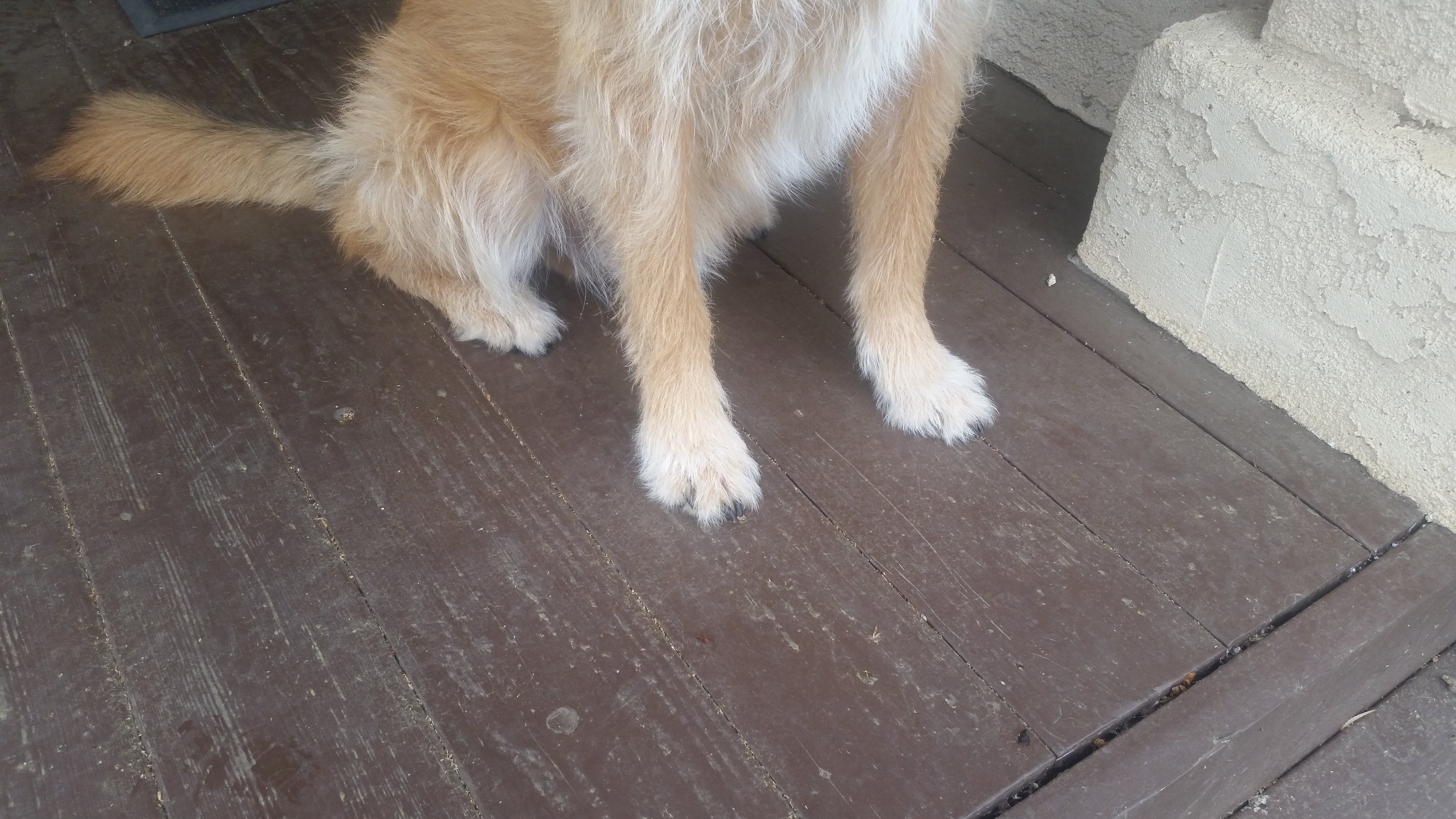 Does your dog exhibit signs of seasonal allergies? And if so, what do you do about it? If springtime pollen affects your dog like it does Otto, perhaps you’ve developed some kind of allergy-relieving protocol for when trees and grasses start to bloom.

In past years, I’ve discussed my system of keeping a yearly calendar for my dogs that is loaded with notes about their health and behavior. It helped me identify the earliest signs of Otto’s springtime allergies, and take proactive management steps to minimize his suffering.

So here we are in March again, with everything in bloom in Northern California. Otto’s allergies are right on schedule, except this year – like every year since I noticed the seasonality of his symptoms – I am prepared with remedies before his itching begins.

I originally blogged about keeping a dog calendar in April 2013, when I had noticed that Otto was licking and chewing himself. Once I consciously registered this fact, I first looked for fleas; I couldn’t find a single one, on Otto or any other animal in the house. I started paying attention to the sound and sight of Otto licking his paws or flank (as opposed to distractedly saying to him, without even looking away from my computer screen, “Hey, knock it off!” and continuing to work) – and I realized that he was itchy pretty much all day. When he wasn’t licking or chewing himself, he lay down and looked chastened and miserable, rather than restful.

Sadly, that year, it took me a couple of weeks for me to pay enough attention to my poor itchy dog to start treating his springtime allergies, and managing his environment to reduce his exposure to the agents he seems to be allergic to: namely, pollen.

Here are the things I do for Otto at this time of year:

• Discourage him from hanging out on the deck, or indeed, outside anywhere in my yard. There is SO MUCH pollen out there right now. At this time of year, when the sun comes out, he likes nothing more than to snooze on the warm deck, but unless I just hosed it off (which I do at least two or three times a week, if it hasn’t rained), I have to tell him I’m sorry, he has to wait until the trees have finished blooming.

• Whether we’ve been out for a walk or he’s coming indoors again after going potty, I rinse his paws with a hose, then towel-dry them, before he comes In the house. And I use a damp towel and wipe down his entire coat. It takes less than a minute; I’m just trying to reduce the pollen that’s all over his coat. I do the same for Woody, who doesn’t seem to suffer from allergies yet, because he obviously brings in a lot of pollen, too.

• I vacuum the carpets daily, and damp-mop the kitchen floor daily.

• I wash all the dog beds weekly, and change the sheets that cover my couches most of the time every other day or so.

• And, last but not least, I give Otto Benadryl once or twice a day on the days that he’s obviously licking the most.

It used to be that I needed to set an alarm on my digital calendar for March 1 of each year to “consider Otto’s spring allergies.” But he’s 9 years old now, and the pattern is clear. As soon as I start to see a yellow glint of pollen on my front porch and decks, it’s time to put all my pollen-fighting activities into play, to keep him comfortable and as minimally itchy as possible. But all this work means that he hasn’t developed an inflamed, weepy hot spot for years.