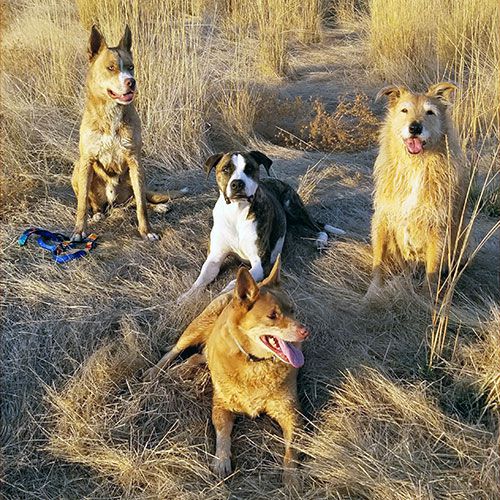 I’m writing this, as usual, in the frenzied build-up to Thanksgiving. Only this year, I’m not hosting a pack of friends and relatives and their dogs as usual; instead, I’m preparing to be one of those millions of people taking their chances on traffic-snarled freeways and crowded airports. Yikes! Taking a midnight flight to the East Coast, to spend the holiday with my husband’s adult children and their children.

The dogs are staying home, of course. Otto takes his vacations at my sister’s house, where he is the much-loved, much respected lord of the manor, Gulliver to my sister’s pack of noisy little dogs. He’s always very dignified when I drop him off, but I hear stories about how he loses that dignity once I’m gone and starts to romp and race about with Lucky, a stray I picked up off the side of a country road about three Thanksgivings ago.

Lucky was thin and covered with ticks when I found him, and it took me over an hour in the rain to convince the very hungry little dog to either let me catch him or to jump into my car. I took him to my local shelter, where he spent a month waiting in vain for an owner to claim him and flunked all of his temperament evaluations. He snarled viciously at every passerby and bit one kennel attendant in the behind when she was in his run trying to catch another dog, her rear end facing him; but every time I stopped by the shelter to see how he was doing, he would light up like a candle and leap into my arms, covering my face with kisses.

I made the mistake of mentioning this to my sister. When she heard that the shelter evaluators didn’t think the little dog was going to make the cut and go up for adoption, she insisted on coming with me to the shelter one day to see him for herself. Oddly enough, he took to her just as readily as he took to me, and the shelter staffers were puzzled but happy to adopt him to my sister on the spot. That’s when he got named Lucky; it ought to be Super Lucky.

Anyway, at just about 10 pounds, Lucky looks like Otto’s Mini Me, and though he ordinarily rules the roost at my sister’s house, he shares the command with Otto when Otto comes to stay. Then, supposedly, the two scruffy dogs have a warm bromance going, and they race up and down the hall together and wrestle. I am waiting for video evidence of this, Pam. At my house, Otto doesn’t ever deign to romp and play with other dogs. He’ll play chase and hide-and-seek with me, but not other dogs.

Woody gets to stay home, and one of our friends is coming to stay at our house with her two dogs. One is another one of my former foster dogs, Chaco. She’s an old lady now, with bad knees and arthritis; she will likely enjoy sleeping on Otto’s super-thick bed by the woodstove. The other is a big young Husky-mix, Ricky, one of Woody’s favorite playmates. They will have a blast romping around our fenced two acres. I’m not sure my dogs will miss me at all!

I’m sure going to miss them, though; Thanksgiving Day hikes with my dogs and friends and family and their dogs are usually my jam! But I’m looking forward to seeing the (adult) kids and grandkids playing tourist. In the meantime, my guys are in good hands – and for that, I am incredibly grateful.

Have a happy Thanksgiving, everyone! Kiss those dogs!