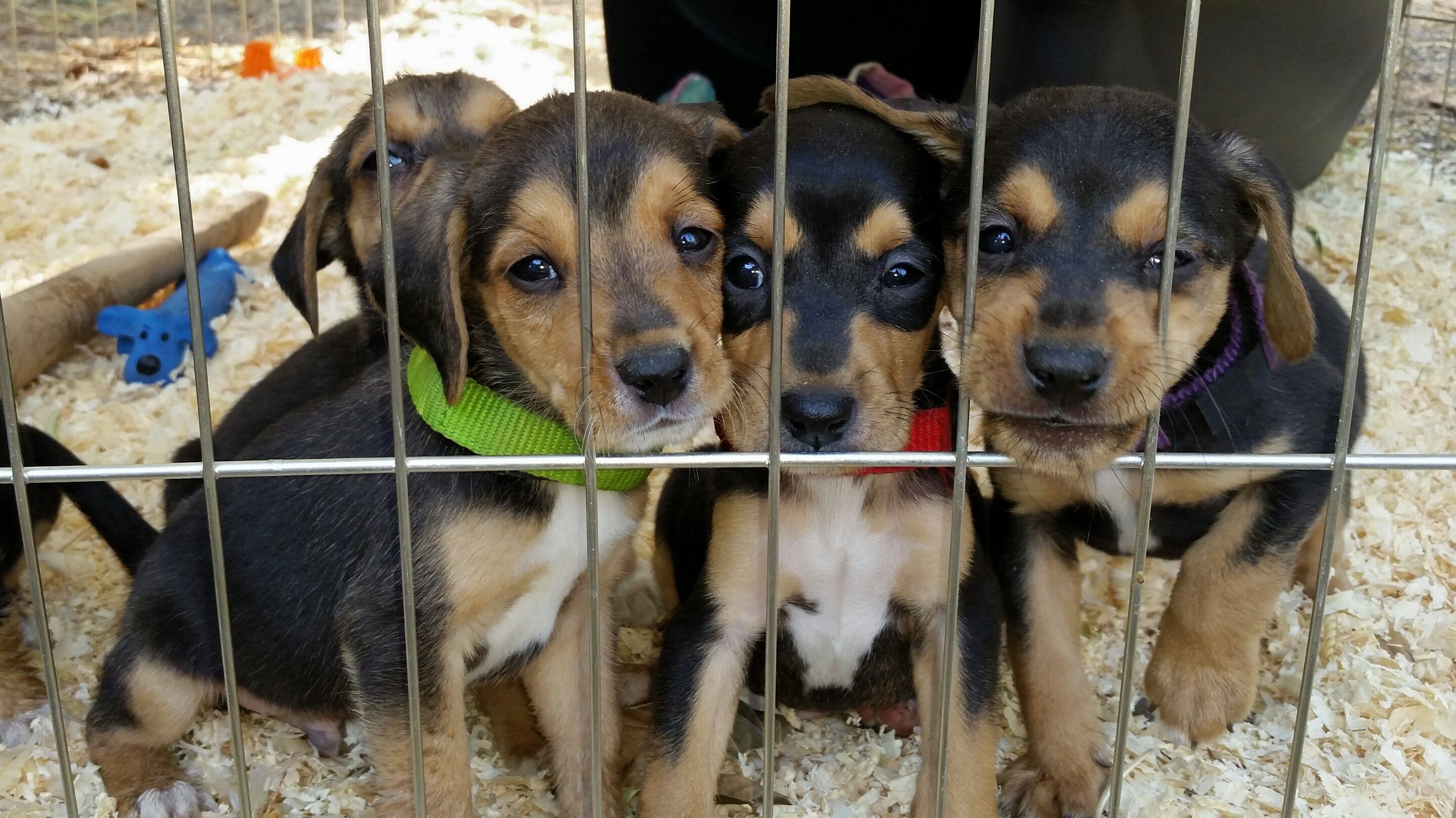 I’ve been fostering a litter of six puppies, who are probably only about five weeks old. And I think I have lost my mind. I’m tired, my sleep schedule is all off, I haven’t walked myself or my own dogs for a week, I’ve been eating at weird times (and not with my husband), and I feel alternately so full of love for and weepy about these little guys (they are all boys!) . . . and it’s only been a week. Talk about that new-mom feeling!

How did this happen? I wrote an article for the October issue about intestinal parasites – worms – and I called my local shelter to see if they had any wormy puppies I could photograph. Most puppies have at least one type of worms (roundworms, which they get from their mothers in utero and in the milk! Ack!) and some of our shelter puppies have every type of worm in the book. The shelter vet tech told me she had a young litter with the typically round, bloated look of wormy puppies, which was perfect for my photo.

But when I asked about the puppies – Where was their mom? How old are they? Where are our usual puppy foster people? – I learned that, basically, we don’t know about the mom, they really are way too young to be without her, and our puppy foster people are unavailable. Well, I couldn’t just exploit them and leave them there; puppies that small don’t always make it at this shelter. So I had to take them home, right?

But it took a few days to figure out how to manage them. Or, more specifically, their poop. They had received a dose of dewormer, and they were all suffering from upset tummies – most likely a combination of a too-rapid transition from their mother’s milk to wet food and the worms dying. So they were pooping machines! And of course, too young to know to poop away from their food or to try to avoid walking through the gooey, sticky poop. I’ve been employing newspaper (useful), shredded paper (less useful), puppy pads (expensive), old towels and sheets (absorbent but makes for a lot of laundry), and wood shavings (my favorite substrate so far), and lots of paper towels for wiping up random messes made when I let them charge around the kitchen floor (super fun) and for wiping off faces and paws after meals, and puppy butts whenever needed.

I’m feeding them four times a day, and will probably be moving that back to three times in another week or so. For the first five days, there was always at least one or two puppies who wouldn’t eat one meal or another, and who was looking a tad depressed and lethargic. I gave those puppies straight milk replacer (fortunately, no one got too sick to be interested in lapping that up) and they bounced right back. But each time one sunk a little, ah, my heart!

I don’t know how people raise puppies on a regular basis. Oh wait, right, the puppies usually have mothers who clean and feed them. Then I don’t know how people foster puppies on a regular basis. Well, actually, if I was to do this regularly, I would invest in more infrastructure, and now I would know how to better manage the puppies daily demands. But I still don’t know how someone would manage emotionally . . . for all my complaints, I think it’s going to really hurt to send them back to the shelter when they are big enough and old enough to be placed. For now, I’m just trying to enjoy them, and be happy about the fact that it looks like they are all going to make it.