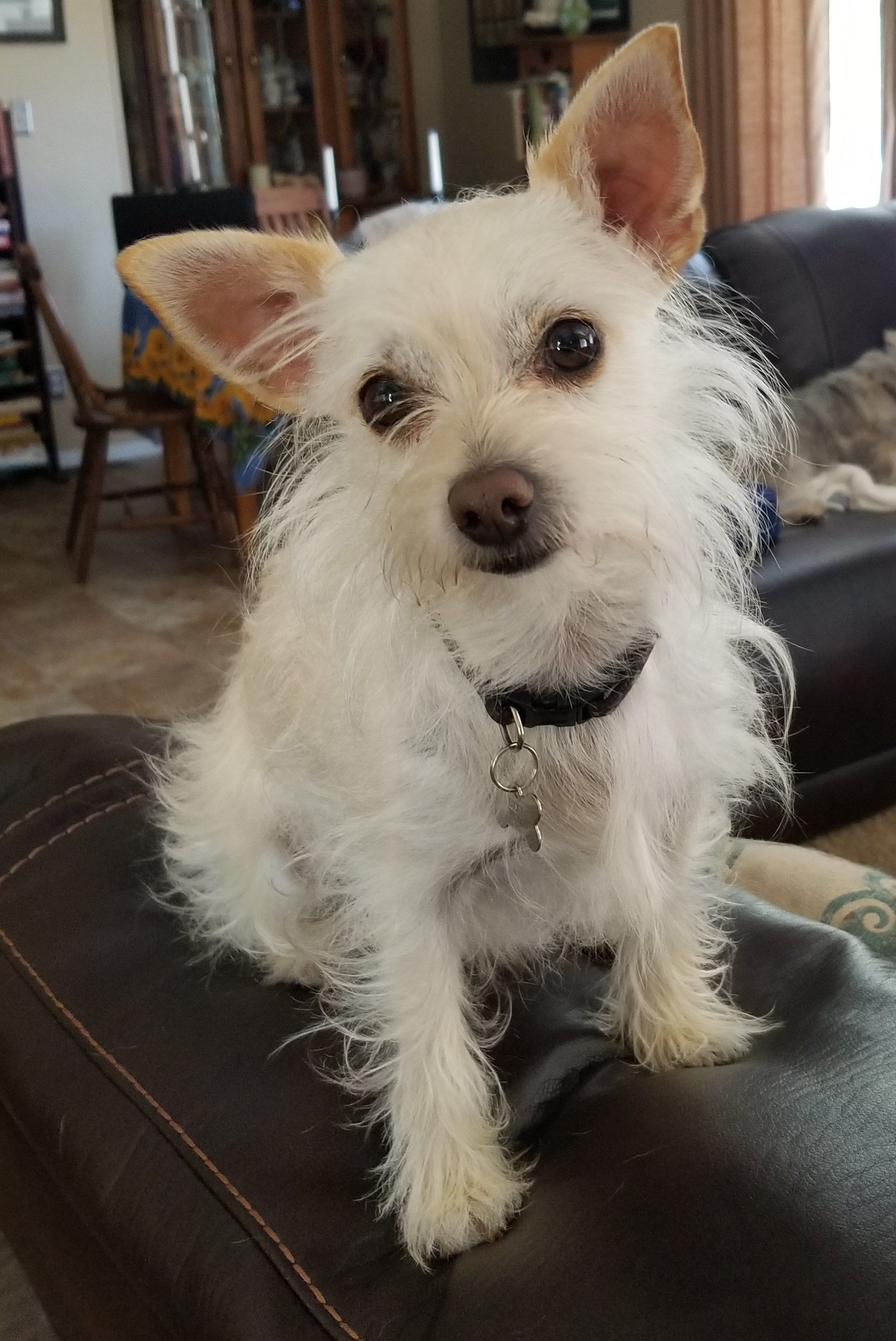 Just got home from a week out of town. Wow! I flew to Boston for the annual conference of the International Association of Animal Behavior Consultants (IAABC), and then spent a day at WDJ’s publishing headquarters in Norwalk, Connecticut. My husband came along and spent time with his son and grandson, and said grandson got to come and stay at the conference hotel with us for a couple of nights. It was fun, exciting, stimulating, and of course exhausting. And I found myself missing my dogs at every turn.

One of the funniest things is watching similarly devoted dog owners miss their dogs. Everyone today has photos and videos of their dogs on their phones, and we all try to behave well and say nice things about our friends’ dogs, so they will give us equal time and admire OUR dog photos. And of course when a spouse at home sends a new photo or video of the left-behind dogs, it’s acceptable to tap the person sitting next to you (even though you are in the middle of a session, and listening to a riveting speaker) and angle your phone so as to show off the cute photo. Your neighbor smiles, or mimes “Cute!” and you make a little sad face, to show how much you miss your dog . . . and after several of these exchanges, you miss your dog more, not less!

I got to spend a good amount of time with one of WDJ’s regular contributors, Nancy Tucker, a dog trainer who drove down from her home in Quebec, Canada, and meet in person (for the first time) another WDJ contributor, Linda Case. Nancy’s husband won the contest that none of our dog caretakers knew they were in, by sending pictures of Nancy’s adorable adolescent Border Terrier, Benni, several times a day. Linda pouted and apparently complained to her husband, who came through with a really beautiful photo of her two Golden Retrievers.

I got frustrated, because I couldn’t compete with any consistency. I also received terrific photos and video of my two-year-old dog Woody at play and at rest – but I often couldn’t show them off to anyone else, or look at them for very long. My 26-year-old son has been taking care of Woody while I was gone, and he’s been sending me the CUTEST stuff¬ – a video of Woody and Cole (my son’s coonhound) sitting up tall in the back seat of the car, looking like the bros (my son and one of his friends) sitting in the two front seats, on their way to a team practice; Woody and Cole rolling around on the floor in a slow-motion face-biting session; Woody lolling on my son’s clean laundry on the bed; Woody’s abashed “caught in the act” face, when my son took a photo of Woody climbing up onto a papasan chair he’s not supposed to be on in the middle of the night; and so on – but he sends them on Snapchat, a phone application that deletes the photos soon after they are sent. TOO SOON! I want to show each one to my friends, and watch them again and again, but no, they’ve disappeared. What a stupid application!

My sister and her husband were taking care of Otto while I was gone, but I don’t expect photos from them – and when I do receive them, the pictures are dark and blurry, and it’s hard to tell even what dog I am looking at! They have four small dogs, including a little dog, Lucky, who looks like Otto’s Mini-Me. I found Lucky on a remote country road two years ago, and took him to our local shelter. He wasn’t claimed by an owner during his three weeks there, and flunked all his temperament tests at the shelter (for growling, snarling, and snapping at the shelter staff) but got saved when my sister begged to adopt him anyway; she just couldn’t get out of her mind the picture that I had taken of him shortly after I found him, covered with ticks and skinny. I was the one who said he should be called Lucky, after being saved from starvation or getting hit by a car, and since Pam saved him from certain euthanasia at the shelter. But after having a hard time figuring out which blurry, scruffy dog in the photos is my 70-pound dog and which is the scruffy 10-pound dog in Pam’s pictures, I said she didn’t have to worry about sending me updates. 🙂

My husband and I got home late at night, too late to pick up any of my farmed-out animals. Since the chickens get up early, I picked them up from my chicken-sitter first thing the next morning, and then went to my sister’s house to reunite with an overjoyed-to-see-me Otto. I know he had a great time at Auntie Pam’s, and spending time on the couch with Uncle Dean, but he was also glad to come home, where he can be an only dog until tonight, when I will drive down to the Bay Area to pick up Woody from my son’s house. But hang onto your hat, Otto, because I will also be bringing home my son’s dog, Cole, as my son is leaving for Colombia for a week, where he will be competing in an international tournament with his sports team.

Should I, or should I not, send him photos of HIS dog?

Well, of course I will, and not using Snapchat, either. Being young, my son doesn’t seem to get it yet, that most of these photos of our beloved dogs are just too valuable to allow them to simply disappear.