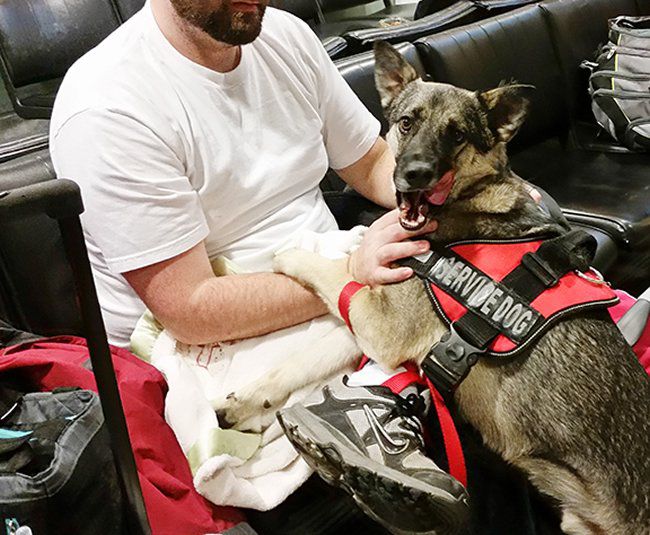 A friend posted today on her FB page that someone in her neighborhood association had bragged on the neighborhood’s online discussion page that they were able to “get a doctor’s note” claiming that their dog was a “therapy dog,” in order to avoid having to pay a pet deposit for an apartment they were about to rent. I hope and trust that my friend excoriated the person and the tactic.

It really seems to me that our society is quickly reaching the tipping point on this “emotional support animal” (ESA) thing. No one seems to know what the laws are concerning legitimate service dogs – and everyone seems to think that “emotional support dogs” are afforded the same rights as service dogs (they are NOT). The laws were succinctly described in a terrific article in the New Yorker magazine (October 20, 2014 issue):

“In contrast to an emotional-support animal (E.S.A.), a service dog is trained to perform specific tasks, such as pulling a wheelchair and responding to seizures. The I.R.S. classifies these dogs as a deductible medical expense, whereas an emotional-support animal is more like a blankie. An E.S.A. is defined by the government as an untrained companion of any species that provides solace to someone with a disability, such as anxiety or depression. The rights of anyone who has such an animal are laid out in two laws. The Fair Housing Act says that you and your E.S.A. can live in housing that prohibits pets. The Air Carrier Access Act entitles you to fly with your E.S.A. at no extra charge, although airlines typically require the animal to stay on your lap or under the seat—this rules out emotional-support rhinoceroses. Both acts stipulate that you must have a corroborating letter from a health professional.”

On my most recent trip, I changed planes in the Seattle airport, and was frankly astonished at the number of dogs I saw in the airport wearing service dog vests. Given that exactly one of the dozens of dogs I saw appeared to have any training whatsoever, I sincerely doubt that we are experiencing an anxiety disorder crisis of epic proportions in this country; I think that the word has gotten out that you can bring your smallish dog on planes for free if you claim he’s an emotional support animal.

Why do I care? Mostly because I want the rights of genuinely disabled people with trained service animals to be safe from legislative rollbacks caused by widespread problems caused by untrained, unsocialized dogs being taken into places where they have no right to go. I want legitimate service dogs to be able to perform their important jobs without having to fear being attacked by poorly supervised, ill-mannered dogs brought into stressful public spaces by unscrupulous, overprivileged  grownup brats who can’t accept that some people have more need of their dogs in public than they do. And I don’t want the people who really need their dogs, and have invested in their training and use, to have to suffer from judgmental looks of people who can’t readily see their disability.

Was * I * giving all those people with dogs in the Seattle airport judgmental looks? I hope not. Because I did have a really nice conversation with a young couple who was traveling with their newborn baby and an emotional support dog; the dad was an Army veteran, and his wife was a current Army soldier. The dog was officially in support of the dad – and you could tell, because she took the job seriously, watching him like a hawk and continually touching him with part of her body. I’m sure being in the busy airport with a newborn was stressful, and while he spoke in a jovial manner, the keen way that the dog was tuned into him convinced me completely that he was far more nervous than he was letting on. I want to believe in and support the use of dogs like this – not shaking my head at the some barky dog on a Flexi who stops to lift his leg on a row of chairs in the airport terminal.