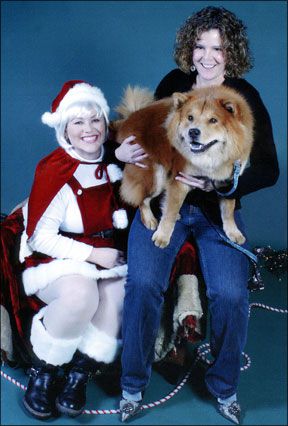 Why should training be fun for the dog? Briefest possible answer? “It’s the law.”

How animals learn is the most-studied phenomenon in the history of psychology and is up there with gravity in terms of its lawfulness.

One of the big ticket principles is that anything one tries to teach a new learner (such as a beginner dog) will get stronger in direct proportion to how many times it is rewarded. And (of perhaps even greater interest) every time the new learner does the behavior and is not rewarded (as in, say, “drilling” the same behavior over and over again) the behavior gets weaker. (Not just “doesn’t get stronger” – gets weaker.) In other words, it’s better to do nothing at all than to drill without rewards.

Amazingly, this simple principle has failed to trickle down to people who train dogs. I’m going to lay part of the blame for this client problem at the door of the professionals. How on earth could owners get it right when dog trainers are leading the charge? Dog trainers! Dog trainers are not required to take one undergraduate level course – let alone a semester, let alone a degree – in how animals learn, a relevant topic for those who purport to be experts on changing behavior. This profession can’t get its story straight! The dog-owning public has been sold nonsense for a couple of generations now, even by some of the “good guys” – non-aversive trainers, but incompetent non-aversive trainers.

Dogs do what works for them, period. “Disobedience” has nothing to do with your “relationship,” “status,” how much the dog “respects” you or any other such tripe. I know the idea of determinism (of the genetic or learning variety) is an anathema to our society, but the sooner we grow up and face the lawfulness of behavior, the sooner we will train competently.

So, a question: What person would repeat an action over and over (for example, sit in a chair, get out of the chair, sit in it again, etc.) for nothing – no exercise benefit, nothing the person likes or wants, no “zone” or intrinsic reinforcer (nothing in your body says “ahhh”), and in preference to other things the person might otherwise do with her time? The answer is hardly anyone! But this is the sort of thing people ask their dogs to do all the time!

If training isn’t fun for the dog (if there are no pay-offs), there actually isn’t any training, except what’s called “extinction” – the decreased likelihood of the animal doing the behavior. Trainers must keep training fun for the dog.

Anyone can do it
What are some things anyone can do to keep the training fun? Audition the likely reinforcers, especially ones the owner might enjoy furnishing: roughhousing, fetch, tug, chase-me games, massage/scritchies. How neat would it be to find an activity that both participants love! Then come up with creative ways to initiate these right after nice behavior. Stuff a toy up your shirt, and quickly whip it out when your dog does a smart recall. If you come home and your dog sits rather than jumps up, say “Yippee, I’m-a-gonna-get-you!” and play chase chase chase around the house (alternate chaser-chasee, to taste).

One of the engaging things about dogs (and about all relationships) is finding out the little quirks, small things that float the other’s boat. For instance, I have a foster puppy; having him would have been generic hell-on-earth puppy rearing, but I discovered he likes scritchies right there on his chest. He grooms me when I do it, and gets a milky expression. Mutual reinforcement! He also loves it when I pant at him – makes him grin. Delightful! I can haul these cheap activities out when he demonstrates restraint and doesn’t bite my ankle at the usual time, or sits.

I also advise people to teach more tricks. Trainers need to knock it off with their lists of things “all good dogs should know . . .” What a guilt trip! Let the owner set the itinerary. What could get the dog on “Stupid Pet Tricks” on David Letterman or amaze their friends? It’s very reinforcing for owners to have people go “Wow!” at the dog’s trick or make people laugh.