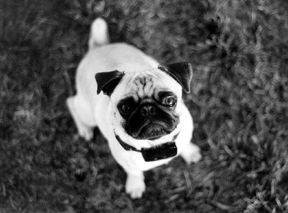 Of course, we asked for it (literally!), but we have received an avalanche of mail regarding an article we ran in our January 2001 issue, “A Buzz About E-Collars.” The letters of support for our position against the collars outnumbered the letters from people who approve their use, but every writer had good points to make. The following is a sampling of the letters we received, pro and con. All the letters have been edited for brevity – people really wanted to talk about this!

One interesting phenomenon: Thus far, we have not received any letters in favor of using e-collars for training – just for barking-control and containment.

Against the collars
In my opinion, “electronic training collar” is a very appropriate label for this training tool because they inflict stimulation and shock. In inexperienced hands these collars very definitely “shock.” If anyone thinks that they don’t cause discomfort then why does the dog respond to the collar?

It’s doubtful that e-collars teach a dog to be respectful – and they definitely don’t teach trust. Trust and respect can be taught through simple and effective, pain-free, management and training techniques.

Further, teaching people to train and manage their dogs is far more enjoyable and risk-free with the clicker. Also, I’ve never seen a dog bite the trainer for clicking inappropriately, unlike giving a collar correction with bad timing or incorrect force. If a mistake is made with the timing of a reward marker, the worst thing that happens is that training may be momentarily delayed.

I wholeheartedly agree with your bias against e-collars. If someone really thinks they are so humane, I suggest they wear one and let you “tune” the intensity until it reaches their “recognition” level. I have two dogs who, admittedly, have their problems, but I cannot fathom making them submit or respond out of fear, which is exactly what the e-collar instills.

If these shock collars are indeed as safe and painless and effective as they are claimed to be, why then couldn’t they by used by parents on their unruly children? Parents could easily maintain control of children, during our quiet dinners in restaurants, for example, by an occasional “zap” to remind them of the “rules.”

Brilliant idea, don’t you think? NOT!

To anyone still harboring doubts concerning the humaneness of shock collars, I suggest the following test. First, reread the pro-shock collar segment published in the January issue, but mentally substitute “child” for “dog.” No matter how nice it might be to get that potty training taken care of just a bit quicker, are you convinced?

Now perform the same substitution while reading Pat Miller’s rebuttal. Could you, or anyone else, fail to be swayed by her arguments? The fact that shock training works (the fact that we can use pain to impose our will upon animals) simply does not make it right. Not until everyone is as enlightened as Ms. Miller will such needless cruelty of convenience end.

By the way, I have tried such a device on myself. It hurts. A lot.

While I understand that some trainers have had “success” in using these devices, that certainly does not make it a humane method of training. There are far too many people who are just looking for some “expert” to justify their use of such devices. You have now given them one.

Dr. Phyllis Giroux (the expert you quoted in favor of e-collars) is a friend of mine and chiropractor to my dogs. While we agree to disagree about training methodologies, I know her and her staff to be knowledgeable, professional, and to have a deep affection for dogs. I have not had the pleasure of meeting Pat Miller, though I have felt a kinship with her through her writings for the past couple of years. Our training histories appear to be very similar, as are our current views on training.

To find true conviction in our beliefs, we need to know something about “how the other guy lives,” or trains, in this case. I applaud Dr. Giroux for bringing forth her information/training beliefs to what she must have known would be a tough audience! I applaud Ms. Miller as well, in her point-counterpoint type response to Dr. Giroux’s article. My congratulations to WDJ for providing the forum. While we may not agree with all the methods of dog training available, knowledge is power! I hope other subscribers hold to WDJ’s New Year’s Resolution to “stay respectful, kind, patient, and open-minded.”

Approving use for barkers
As a long-time subscriber to WDJ, I thoroughly enjoy the large majority of your articles. I find the magazine to be extremely informative and respect the decision to not allow advertisements. In fact, I respect all that WDJ and its contributors say. I don’t always agree but that’s not why I subscribe!

I am not an advocate of the e-collar at all! To use such a device for training purposes is, in my humble opinion, lazy. But I wouldn’t say that using it for behavior management is inhumane. Here’s why:

I have two beautiful, healthy, lively German Shepherd Dogs, 15 months old, brother and sister. They are inside more than out and we take them everywhere. There’s one problem, they love to bark – and bark and bark – especially when we are not home and they are outside. One of our neighbors doesn’t care for them because he doesn’t like the barking; that’s understandable. However, he dislikes it so much that he has called Animal Control several times. He’s been at our front door yelling and threatening to file a “nuisance” claim.

In order to keep our pups alive and free from the threat of this man (we even worry whether he would try to poison them), we purchased e-collars for them. Without these collars, we would not have these pups. We are convinced that our neighbor would have acted out his anger. The stimulus from the lowest setting keeps our dogs from barking excessively. They still bark, just not continually. Apparently, this is tolerable for our neighbor; we’ve had no further complaints.

We tried every other known tool to stop the barking when we’re not home, including citronella collars (they actually don’t mind the scent) and audible and inaudible noise emitters.

I am truly disheartened that WDJ failed to acknowledge that this collar can be a life saver for managing barking. Please “Don’t Shoot Me” and others in a similar position.

Approving use for fencing
Your article condemning e-collars does much to lessen your credibility as an authoritative dog care and training publication. The very term “shock collar” is pejorative and inflammatory.

We have used the products on a large, fully coated Siberian Husky known for his wandering ways, and two small Cavalier King Charles Spaniels, too valuable to permit to wander. The collar emits a warning tone prior to any electrical stimuli, which is fully adjustable to permit the least amount of stimulation to the animal depending on its body structure and thickness of its coat.

The product is professionally installed and professional training in its use is furnished with the purchase. Once the training is completed, dogs understand where the line is that they are not to cross. Certainly the small shock – no more intense than that experienced from static electricity – is preferable to the pain a dog would suffer if hit by a car or fired upon by an irate neighbor.