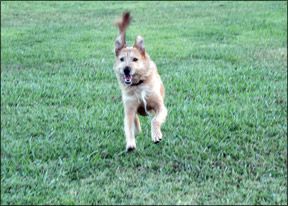 It wasn’t so bad, really, as behavior slips go. My dog Otto woofed at a kid at close range. The kid thought Otto was playing; I knew that Otto was scared, and I mentally smacked myself for being inattentive. I was taking pictures at a dog park, and Otto had been happily playing with the other dogs as I worked. I hadn’t noticed that a small boy – perhaps five years old? – had entered the park and had started chasing the dogs around.

We can certainly debate the wisdom of having small children in dog parks (I hate to see them there; it’s much too easy for them to get knocked over or even attacked in a moment of arousal). But the fact is, I wasn’t paying enough attention to my dog – and frankly, it’s because I sometimes take it for granted that he’s generally so well-behaved. He’s not perfect, though; no dog is. (No people are, either.) And so I should have been – should always be – more vigilant.

I’ve mentioned before that Otto is a little spooked by kids. He’s also afraid of cars, garbage trucks, and the gardeners who service some of the yards in our neighborhood. My husband and I joke about a scenario in which Otto was kidnapped as a puppy by a garbageman and then abused by gardeners and their kids before being tossed out of a moving car. It’s a joke because I know that it’s more likely that a young dog who is fearful of certain things is more likely to lack experience and exposure to these things than to have been abused by them. People always say, “Oh, he must have been abused by a man in a hat!” I say, “He probably never saw, and met, and was given treats from a man in a hat!”

Back to the kids, though. I take every opportunity possible to expose Otto to kids. I carry treats on every walk we take, and if we so much as see a kid at a distance, I practically make it rain hot dogs. “Oh, Otto! Look, kids! Good boy! We love kids, don’t we?”

If the kids are interested and (most importantly) under control, I ask them if they would like to give Otto some treats; I ask Otto to sit and offer a paw first, and then he takes the treats very gently. If the kids look impulsive or twitchy, however, I’m quick to keep Otto at a distance, and feed him some treats myself.

Unfortunately, my own son is 18 years old, and my closest niece (only one year old) is an hour away; I don’t have the resources for practicing that I used to, in terms of kids I know and can trust to behave around a wary dog. It was so easy when my son was little, and his friends were always over, and we were always going to soccer and baseball games and practice! Kids galore! Now I need to hire some. Or something!

Never get complacent about training
The thing is, Otto has been doing so well for so long. He’s got a rock-star, rock-solid recall: fast, enthusiastic, completely trusting that coming to me right away is the most fun thing ever. It practically brings tears to my eyes, it’s so pretty. I can (and have) called him away from a running feral cat, a skunk (eating a bowl of cat food left out for said feral cats), and even a loose dog that started chasing us. (Otto started to hold his ground, but the dog looked scary, and I thought we’d be better off farther from what appeared to be the dog’s home. And sure enough, he stopped chasing us after half a block.)

Yes, in each of the cases where his recall was tested, I was walking with Otto off-leash. We can do that in our tiny town in the off-hours; we rarely see anyone else on the streets or trails before 7 a.m. and after about 8 p.m. It’s quiet, there is no traffic, but mostly we can do this because we practiced, practiced, practiced that whole first year we were together. We practiced recalls in the yard, we added distractions (another person bouncing a ball, say), and then we moved to a neighborhood park on a long-line. When Otto’s recall was solid on a long-line in the park (and no one was around) I’d take off the long-line and practice some more. Then we started the process on trails. We’ve built that recall brick by brick.

He failed – that is, I failed – only twice that I remember. In each case, I raised the criteria too soon; I expected him to resist temptations that he hadn’t had much practice resisting, and I didn’t have a long-line on him to prevent him from being rewarded by the fun of his misadventure. (Both times, he was off-leash and spotted a feral cat alongside the trail. The cats were safe; they dive into a blackberry bramble that only tiny animals can get in and out of.)

After each failure, we had to do a lot of remedial work on that section of trail. At first we worked on a short leash, and I gave him an “Off!” cue, to get him to look away from the cats (or the places where the cats usually hang out) and look at me. I marked (with a clicker or a verbal “Yes!”) and gave him delicious treats each time he looked at me.
Soon, I no longer had to cue the “Off!” He would glance toward the cats, and then look at me, knowing he had earned a treat. He really liked chasing the cats the two times that he was able to, so he’s never going to be a dog who will pass by the cats while staring at me fixedly, like a dog in an obedience show ring. But he just glances, and then looks at me for his treat. And I think that as long as it continues to be more rewarding for him to pass the cats than it is to chase them, he’ll resist.

We walk a lot – if not daily, then at least several times a week. So it’s no wonder that his on-leash and off-leash walking skills are so good. But kids! We need more work with kids. I’m not sure what we’re going to do about that. I do my best to take advantage of the chance meetings we have with kids in public, but I just don’t have regular access to some reliable kid volunteers.

Whiffed the woof
Back to the woof. As I said, I wasn’t looking at Otto when I heard him bark at something at the dog park; I turned around to see him trotting away from a young boy. His tail was wagging, but he looked a little alarmed. The boy, too, looked uncertain for about a second, and then he ran off in pursuit of another dog. Although Otto was already coming toward me, I called him and gave him a treat, then snapped his leash on and asked him to sit. Then I looked to see who was with the boy. It wasn’t that hard; his dad was retrieving the boy from chasing another dog.

I approached them to a distance of about 10 feet, and said, “I’m sorry, I didn’t see what happened when my dog barked at your son. Is he okay?” I could see that he was okay, but I was curious to get some information about what exactly had transpired. The dad said, “He’s fine. He was just running up to your dog and it looked like your dog got scared.”

I said, this time to the boy, “Yeah, buddy, sometimes dogs are scared of kids! Next time, maybe you should hold still and let the dog come up to you! That way you won’t scare him. You know, sometimes scared dogs bite!” And then, because I could see that the boy was already losing interest in this conversation, I said, “Do you want to see Otto do some tricks? And you can throw him some cookies when he does his tricks?”

I asked Otto to sit and stay, and approached the boy, handing him a few cookies. Then I stepped back over to Otto and told him, “Down.” “Okay, throw him a cookie!” The cookie didn’t land all that close, but Otto got it. Then I said, “Point your finger at him and say ‘Bang!’” Otto really enjoys this “playing dead” trick. The only problem is getting the “dead” dog to stop wagging his tail and rolling his eyes mischievously. It still delighted the boy, though, and he was happy to toss a few more cookies before we took our leave.

I did what I could to salvage the situation, but really, it was another “fail” for me. I wasn’t watching my dog closely enough to protect him from a situation that had the potential for leading up to a dog bite. I allowed my dog to be approached by something he is afraid of, in a scary way, and to actually become scared enough to give a warning woof. Talk about “past threshold!”

So, like I did after my off-leash training failures, I’m going to have to find some kids and that I can instruct so I can set up some remedial socialization sessions for Otto.

Does this sound like I’m taking all this too seriously? When I was a kid, nobody talked about “socializing” their dogs, and most of the dogs we knew were just fine with kids. What’s the big deal? At risk of sounding old, when I was a kid, it was a different world. The only dogs I knew who weren’t free to run around my rural neighborhood were either hunting dogs or watchdogs; kids knew not to fool around with any of those dogs. And all the ones running loose in the neighborhood (the ones that weren’t hit by cars!) were extremely “good with kids.” That’s because they were constantly exposed to kids!

I want my dog to be as rock-solid with kids – and every other type of person – as he is at resisting the urge to chase cats. So we’re going to have to practice. 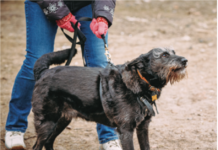 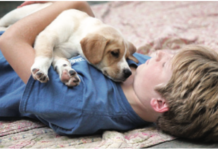 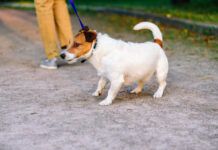