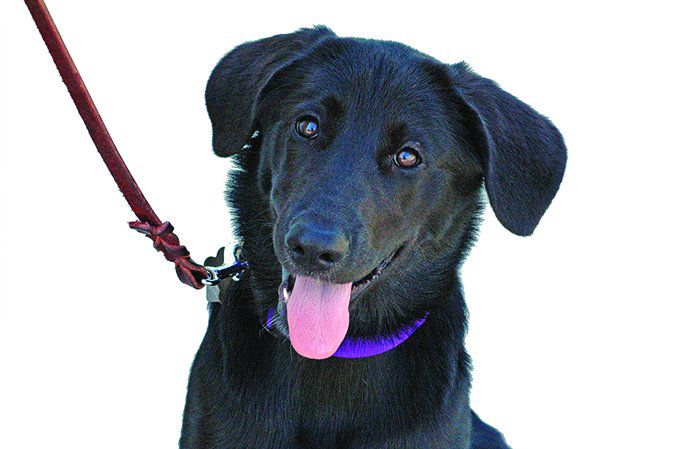 There’s a significant difference between professional dog trainers and many dog owners: Owners tend to react to things the dog has done that they don’t like; in their minds, this reaction is what might be called “training.” In contrast, trainers set up situations so that their canine pupils don’t have any opportunities to practice undesired behaviors, and actively teach dogs how rewarding it is to perform desirable alternative behaviors, instead.

The good news: You don’t have to be a professional trainer to reap the advantages of trainers’ effective tactics!

A couple of factors are pivotal to the success of this approach. The first is to recognize that there are no “good” nor “bad” behaviors. Behavior is just information and communication. Once you understand this key element you can shift your goals from stopping “bad” behavior to looking for ways to encourage the behavior that you want to see again and again.

Second: Recognize that when your dog is doing something that you don’t like he may often not be giving you a hard time, but instead he might be having a hard time. If you support and guide your dog in learning the behaviors that will result in reinforcements, you won’t have to spend so much time contemplating punishment scenarios.

Dogs who already display unwanted behaviors (such as jumping up, barking when people come over, pulling on leash, etc.) may have you trying ways to stop or decrease the behavior – punishment-based reactions. But punishment can result in potentially dangerous side effects (including canine apathy, aggression, escape/avoidance, and generalized fear).

Worse – the punishment is frequently ineffective, because the dog has no clue what he should be doing instead!

Planning Ahead for Dog Training Success

The proactive approach is to know in advance about what you would like for your dog to be doing, and actively teach him to do these things – or to simply “catch him in the act” of doing these things and reinforce those behaviors!

For example, instead of focusing on your dog’s jumping and fretting about how to make him stop it, “mark” (with the click of a clicker or a verbal marker, such as the word “Yes!”) and reinforce him when he’s got four paws on the floor. Teach him to sit on cue, or train a “default sit” (where he is reinforced for sitting any time you are paying attention to him and haven’t given him any cue). Continue marking and reinforcing sitting and “four on the floor” and you’ll see more of it. And do it before he has an opportunity to jump!

In addition to reinforcing easy alternatives to the undesired behavior, think about your environment. Arranging antecedents – the things that occur right before the behavior you want or don’t want – allows you to set up your situation so that your dog will have the best chance at successfully doing the stuff you like, and not doing the stuff you don’t like.

To use our jumping example again: Position a baby gate or exercise pen that separates your dog from visitors. Demonstrate how they can greet or pet your dog over the gate when all four of the dog’s feet are on the floor, but should take their hands away if the dog is jumping. Or, plan to greet visitors with your dog on-leash while working on your training. This way you are setting your dog up to be successful by preventing him from practicing jumping. 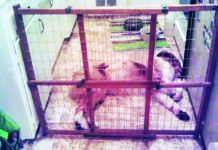 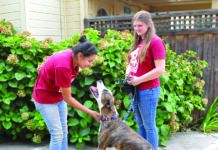