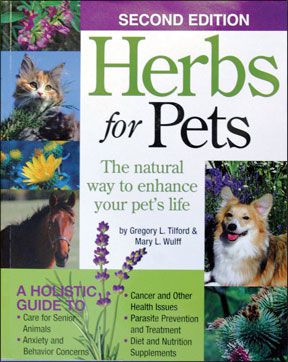 Curly, a five-year-old Standard Poodle, eats the best food his human can afford. Raw chicken, rabbit, and venison are his favorites. Tina, his two-legged companion, switches the meats every few days, mixing the protein with some sweet potato, carrots, an occasional stalk of broccoli, and always a good fish oil supplement. Plus, to be sure that Curly is getting full nutritional benefit from every delicious bite, Tina always adds a sprinkling of a probiotic and digestive enzyme supplement as a final touch.

Everything Curly eats is the best of the best: human-grade ingredients, no preservatives, no by-products. But somehow, despite all of the good lovin’ and great food, Curly is a bit thin, won’t put on weight, and his stool is sometimes dry – making it hard for the poor guy to poop during his daily walks. Tina knows that something is amiss and she is worried. She was told that maybe the probiotics weren’t active, so she tried several different brands. But nothing has improved. So what gives; is it that the probiotics don’t work?

Adding supplemental Lactobacillus acidophilus, Bifidobacterium bifidum, Lactobacillus bulgaricus, or other probiotic organisms to your dog’s diet is almost always a good idea. This will support the resident microflora that are always present in Curly’s gut, enhancing digestion and absorption of nutrients, supporting detoxification and elimination processes, and helping to boost his immune system.

The digestive system is the largest immune organ of the body; roughly 70 percent of the body’s immune cells, enterocytes, goblet cells, and other immune warriors reside in the mucosal linings of the intestinal tract.

Probiotics, like those that Tina adds to Curly’s food each day, work in concert with these immune warriors by producing special enzymes and other chemicals that support immune functions at many levels. Probiotics will also help keep populations of “bad guy” pathogens, like Salmonella spp. and Escherichia coli, in check. But in Curly’s case probiotic supplements may not be enough. Curly’s digestive microflora need something more.

It may simply be that his digestive tract is host to a different assortment of beneficial bacteria than those included in the supplements Tina is feeding.

One of the fundamental rules of holistic pet care is to always remember that no two animals are alike. Curly may be a Standard Poodle that looks and behaves like others like him, but his inner nature is different from any other dog.

This is true of his digestive flora, too. While Lactobacillus acidophilus, Bifidobacterium bifidum, and Lactobacillus bulgaricus represent some of the frequently encountered residents in the canine gut, not all dogs are host to the same mix. In fact, studies have shown that each individual dog hosts its own, custom mix of these and several other digestive bacteria – and the actual counts of each strain can vary considerably from dog to dog. It is theorized that this is because microflora are constantly evolving and adapting to the nature of the beast they inhabit. Health issues, eating habits, influences such as antibiotic therapies – or even something that was eaten while at the dog park – can affect the way beneficial microbes behave and replicate, or help determine which ones take up residence in the gut. This makes it virtually impossible to create a perfect probiotic supplement, as none can totally serve the needs of every dog’s microflora.

If the probiotic you feed to your dog isn’t diverse enough to replace and support what is already living there, what other supplements can be added to a healthy diet to maintain healthy digestive flora?

Curly may need a prebiotic supplement. In the simplest terms, prebiotics are food for resident microflora. They are defined as indigestible food ingredients that beneficially affect the host by selectively stimulating the growth of one or a limited number of bacterial species in the colon – specifically those which have the potential to improve host health, such as Bifidobacteria and Lactobacilli.

A scant, daily dose will provide the resident beneficial bacteria with the food they need to flourish. It will also feed the bacteria that are in the probiotic formula that Curly the poodle is already eating on his dinner, making the supplement more effective. Prebiotics are a class of carbohydrates known as oligosaccharides – soluble carbohydrates that are naturally found in many foods, including whole grains, onions, bananas, garlic, honey, leeks, and Jerusalem artichokes. In the world of herbs, burdock root, dandelion root, and chicory root are rich sources, too.

Oligosaccharides differ from other types carbohydrates (sugars) in that they are indigestible in the stomach and small intestine. Instead of being broken down by acids, enzymes, and other digestive chemicals in the upper GI tract, they remain intact until they reach the large intestine, where they are finally broken down and fermented by resident microflora. The result is stimulation of the growth and/or activity of bifidobacteria and other beneficial bacteria that dogs need to properly digest their food and metabolize waste.

Remarkably, prebiotics are selective about what is actually fed – good bacteria flourish, while growth of “bad” pathogenic bacteria like Salmonella, Peptidococci, and Clostridia is inhibited. Studies have shown that when bifidobacteria (good guy) counts increase, acid levels in the gut also increase, making the environment less hospitable to harmful strains of yeast (Candida, etc.) and pathogenic bacteria. In the colon, prebiotics may also raise levels of short chain fatty acids (SCFA), which can help protect against carcinogenesis, inflammatory bowel disease, and even some forms of chronic allergy.

In addition to improving the digestibility of various food components, FOS may also improve absorption of dietary calcium, iron, and other important minerals. Although many foods contain appreciable amounts of oligosaccharides, questions remain about how much is really available to your dog from food sources. Dogs don’t digest grains, fruits, and vegetables as effectively as humans or herbivores and therefore may not find full benefit from the oligosaccharides contained in the foods they eat.

On the same note, diets comprised primarily of meat will be pretty much void of prebiotic oligosaccharides. This is where FOS offers a big advantage; it is carried directly to your dog’s large intestine, where it is needed. It is very sweet – much like powdered sugar – making it an easy addition to your dog’s food. Only a small pinch (50-100 mg) is needed for the job of feeding the “good guys” in your dog’s gut.

I prefer feeding prebiotics in the form of an herbal extract formula. Chicory root, burdock root, and dandelion root are my favorites. All contain inulin, an oligosaccharide compound that is highly soluble and easily extracted into hot water. A properly made liquid tincture of any of these herbs will contain appreciable amounts of inulin in a form your dog can fully utilize.

Herbs offer a distinct advantage over isolated sources of FOS in that they provide much more than just prebiotic support. Chicory, burdock, and dandelion are all known by herbalists for their antioxidant properties and their abilities to strengthen various functions of the liver and gall bladder. This in turn helps to improve digestion and aid in removal of systemic waste.

My personal formulation, Prebiotic Plus from Animals’ Apawthecary, contains extracts of inulin-rich chicory root, along with fennel seed (to prevent flatulence). It also includes marshmallow root (Althea officinalis), an herb that contains impressive amounts of mucilage polysaccharides that are known to soothe and lubricate digestive mucosa while stimulating immune functions in the gut.

Inulin and fructooligosaccharides (FOS) have been used in animal feeds and supplements for many years. They are considered safe, but overfeeding may cause flatulence and bloating – the effects of intestinal fermentation. This can usually be prevented by feeding only small amounts (e.g., one-half the recommended dose) for a few weeks until your dog’s digestive tract adjusts.

Inulin has a minimal impact on blood sugar and does not raise triglycerides, making it suitable for diabetics and potentially helpful in managing blood sugar-related illnesses.

Greg Tilford is well-known in the field of veterinary herbal medicine. He is an international lecturer and author of four books, including Herbs for Pets, recently released in a second edition. He is president and formulating herbalist for Animal Essentials, a company that produces natural supplements for animals.