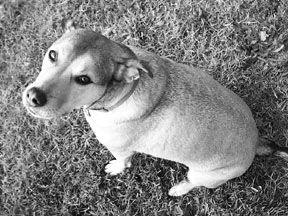 There are a number of things I need to mention in a small amount of space:

First, the keyword “search” feature on the WDJ Web site is working again. Now you (and I) can just type in something like “barking” or “cancer” to find all the articles we’ve ever published that deal with that topic. Of course, you still have to pay to access them, either in print or in digital form – back issue sales help support our basic mission – but at least you can find the correct issue easily!

An editing error (that is, mine) appeared in Dr. Randy Kidd’s article last month on canine allergies (“Walking the Allergy Maze”). Dr. Kidd discussed a drug called cyclosporine, which has been used recently (and not without problems) to suppress an overactive immune response in cases of severe allergy. The error appeared in the text describing the drug’s introduction to the market. Cyclosporine was actually introduced for use in organ transplant cases (to prevent rejection) in the early 1980s.

Several of you wrote to express your dismay that “Beyond Food and Water,” an article in the July issue, did not mention or credit Sue Sternberg, who has worked for many years in upstate New York to establish and promote minimum mental and physical health guidelines for shelter animals. I apologize for the oversight; I deeply appreciate Sue’s work.

Finally, I want to extend heartfelt sympathy to the family who has had the pleasure of sharing their home for the last five years with Jessie, who was one of WDJ’s most frequent and reliable models until her untimely, unexpected death in her sleep in July.

Adopted from a shelter when she was a few months old, Jessie was a challenge early on; she displayed some aggression at times. But her family did everything right – puppy classes, socialization, training, lots of exercise, and tons of love and patience – and she developed into a big-hearted, affectionate, humorous, and mostly well-behaved member of the household.

Because Jessie was the “right” color, well-trained, and living two doors away, I often asked if she could come over and wear something, chew something, or demonstrate something for my camera. Jessie was movie-star fabulous at maintaining eye contact with the lens, making for some of WDJ’s best photos. Plus, her family was ridiculously generous in sharing her with me, even to the point of giving me a house key, so I could go get her when no one was home! Jessie will be sorely missed by everyone who knew her. 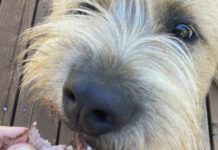