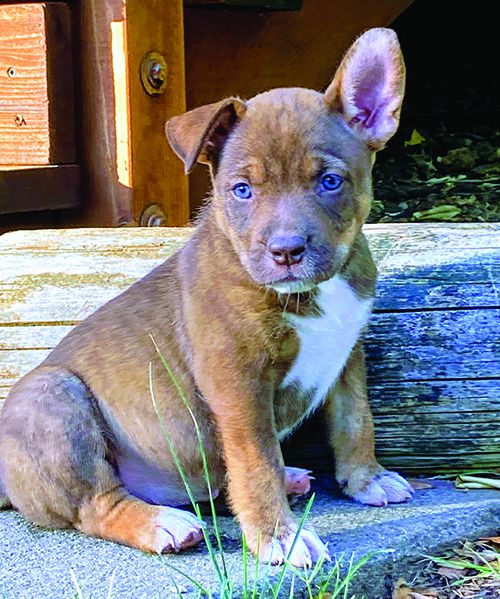 I recently fostered a litter of eight puppies for my local shelter. Every time I foster a litter, I develop a favorite puppy – and this litter was no different. The runt of the litter was half the weight of the largest pup, but she had an outsized personality, augmented by the rakish look lent to her by the sudden emergence of a single stand-up ear. She was also the sweetest, most snuggly puppy in the litter. Whereas most of the pups were more likely to greet me by grabbing my ankle or shoelaces, the little red pup would make intense eye contact and wag furiously, willing me with her direct gaze to pick her up. When I followed her command, she would burrow under my chin and lick my neck, making delicious little grunting noises, wagging her little tail nonstop. She never failed to put a smile on my face.

If I was in the market for another dog, I absolutely would have kept her, but as it turns out, one of my former foster puppy adopters – a woman who has become a good friend and frequent model for WDJ – decided it was time to adopt a second dog. Yes, I cried happy tears when Jessie called to tell me she was adopting my favorite and naming her Nyx.

Jessie has messaged me asking for information about puppy food, vaccinations, kennel cough (Nyx came down with the ubiquitous “shelter sniffles”), what to do about resistance to crating, and I forget what else. Thank goodness for 23-plus years of back issues; she’s a subscriber, and I pretty much always have a back article I can direct her to for the answer to her questions (did you know that all the back issues are available to current subscribers online?). I also receive near-daily snapshots of the latest cute thing that Nyx is doing, and these warm my heart – it’s almost as fun as having a new puppy myself! I’m looking forward to Nyx joining our small stable of regular photo models for WDJ. 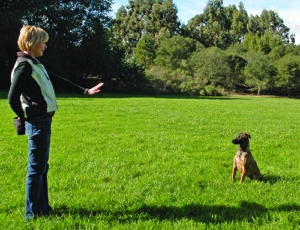 Sadly, though, the number of our frequent models will stay the same. Our most senior canine model passed away on the evening before this issue went to press. When I still lived in the San Francisco Bay area, trainer Sandi Thompson of BravoPup! was my go-to model for training articles, and her landlords’ dog, Milo, who spent nearly as much time with Sandi as he did with his legal owners, was Sandi’s frequent partner as she demonstrated various training techniques for our articles. Milo was whelped in 2003 and first appeared in WDJ in 2006. He passed peacefully at home at the remarkable age of 18, leaving behind broken hearts and a record of WDJ appearances that is unlikely to ever be matched in length by another dog. Sandi, we’re so sorry for your loss. Milo, thank you for staying so long. You can go play now.