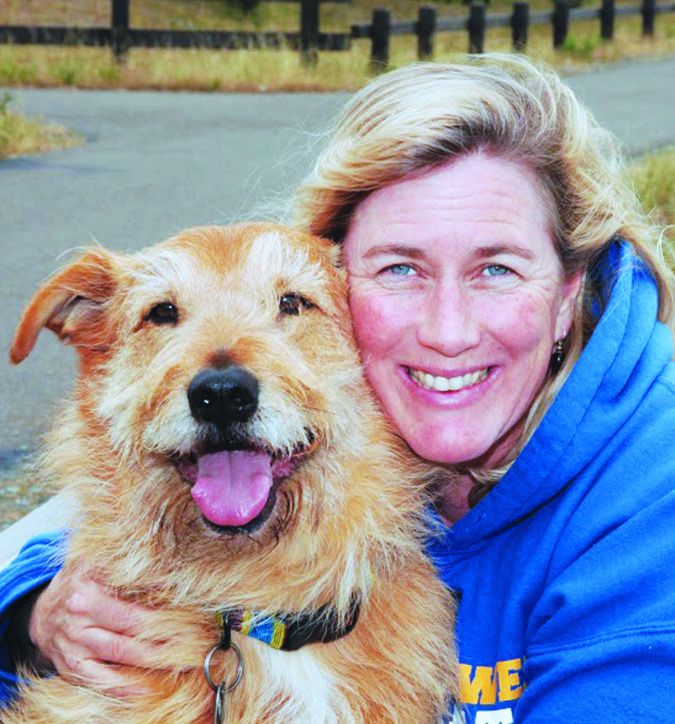 This issue has a loose theme of responsible ownership. Trainer and occasional breeder Heather Houlahan discusses the ethical sourcing of purpose-bred puppies. Breeder (and breed rescue coordinator) Denise Flaim offers sage advice about helping a new adult dog smoothly settle into your home. And trainer and WDJ Training Editor Pat Miller offers helpful information about what to do in the painful event that it’s necessary to re-home a dog. I’ll jump in with my most critical advice: Do NOT lose your new dog.

Sound easy? It must not be, because I know at least three people who lost their new dogs within a week. Three! Each of the dogs was found, but each case has made me even more vehement when advising new dog owners.

The clincher was Tule, a dog I fostered for a few weeks last year. Tule was a beautiful but obese yellow Labrador. Her owner had to go into a long-term care facility and was not expected to recover. He asked his vet to euthanize poor Tule, as he had no relatives and he could not stand the idea of the sweet, spoiled dog (who had spent all of her three years on the sofa with him) in a shelter. Tule’s vet talked her owner into allowing him to find Tule a new home, instead. Then the vet called the director of the shelter where I volunteer, and asked if she could please find a home for Tule, without making the dog stay at the shelter. Which is how Tule ended up at my house while we tried to find someone who wanted a sweet but untrained, super-fat Lab.

After a few weeks, we had a lead: One of our shelter volunteers knew a middle-aged couple who lived on a few acres in the country and who were looking for a nice adult Lab. We set up a meet and greet with the husband, and he thought Tule was just perfect.

A day or so later, he came to the shelter to fill out paperwork to foster Tule; he couldn’t adopt her until she was spayed, and she was still too fat to spay safely. I made a point of telling him again and again that Tule had led a very protected life until just a few weeks’ prior, and that she was apt to be confused about her newest living situation. After a few days of seeming to search for her former owner, she had attached herself very firmly to me; I was confident she would just as firmly attach to her new owners in a few weeks. In the meantime, I stressed, they should be very careful about keeping her collar and ID on, and keeping her on-leash any time she wasn’t secure in the house or fenced yard. And I gave him my number and encouraged him to call me for free “tech support” of any kind.

Less than two hours later, I got a call from the shelter receptionist. “You’re not going to believe this,” she said. “That guy lost Tule.”
“WHAT?!”

Long story short: As soon as she acted like she had to go potty, the guy opened his front door and let her out. Without a leash. Or a fenced yard. And then was shocked when the rotund (but athletic!) dog bolted down his driveway, down the country road, through a fence, and out of sight, with him in (supposedly) hot pursuit.

After my volunteer friend, her husband, and I spent five hours of searching and calling for Tule, I found her. Given that the guy A) lost her and B) didn’t join us in the search, I did not return her to his house, but brought her back to mine. I was thrilled to find her, but livid that she had experienced such a stressful event so soon after her formerly plush life imploded.

Happily, a couple weeks later, we found her a spot with a rescue group, and a couple months later I learned that she had been spayed and placed in a forever home.

Hang onto those new dogs! They should be microchipped and wear ID at all times. Keep them on-leash for a few weeks, until you’re certain you’re bonded and they know where their home is.