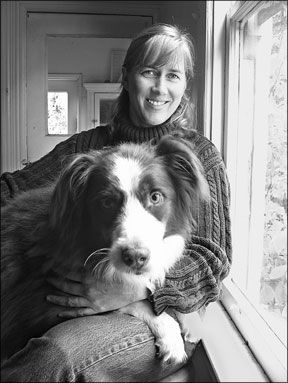 Setting out on a long drive the other day, I turned on my radio just in time to hear the host of a show introduce his guest: Cesar Millan, the controversial dog trainer and star of the National Geographic Channel’s television show, “Dog Whisperer.” Grrr. I’m not a fan. But as much as I hated it, I had to listen to the interview and then I had to call in, also!

I’ve avoided commenting on Millan’s show in Whole Dog Journal, because I honestly thought that giving it any attention would just reinforce it. I hoped that if I ignored it, the show might just go away! But the show is in its third season, and Millan’s book, Cesar’s Way, has been a best seller for many weeks.

I do think Millan is a skilled handler; he’s able to quickly alter the behavior of many difficult dogs. He also handles people well; he’s supportive of their efforts to improve their lives with their dogs. So what’s my problem?

I don’t like Millan’s techniques. Many are antiquated and dangerous, for dogs and dog owners, in my view and that of many dog behavior experts I respect (such as Drs. Ian Dunbar, Patricia McConnell, and Nicholas Dodman, as well as our own training expert, Pat Miller). Also, the theory he uses to guide most of his precepts is an oversimplified reading of behavioral studies conducted on captive wolves decades ago. Modern behavioral scientists understand that there is lots more to canine interactions than constant displays of dominance and submission, and that humans are probably at their least effective as trainers when they try to “act like a dominant dog.”

Another thing that bothers me about the show is the reductionist premise it suggests, that solving a dog’s behavior problems is fast and simple if only you have the right energy. This makes Millan look like a magician, and makes people think all they have to do to fix their dogs’ behavior problems is to walk and act like him. I fear that in trying to emulate Millan’s assertive brio, especially with scared or defensive dogs, without a foundation of experience and in-person guidance, many people are going to get hurt. And when people get hurt, dogs tend to wind up dead.

Millan’s ideal is a dog who exhibits “calm submission” to its owner. In contrast, most pet dog owners I know, myself included, want an affectionate, trusting, respectful coexistence with our dogs, not wary subservience. We want them to want to do what we want them to do! The most effective way to accomplish this, with the least fallout or dangerous side effects, is with the dog-friendly behavior modification techniques we regularly detail in WDJ.

As I listened to caller after caller on the radio describe problems they were having with their dogs, I was reminded how people are hungry for expert advice. But as appealing as it might appear, there is no magic when it comes to dog training; quick fixes rarely provide a long-term solution. Real experts will confirm that improving your dog’s behavior takes time and practice, and that preserving your trust in and affection for each other will be paramount for your and your dog’s success.