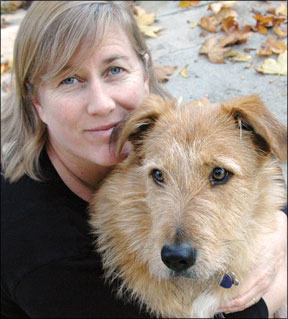 I wish they would stick to reviewing cars and vacuum cleaners and stay away from dogs. That was my first response to the short articles about pet food that appeared in the March 2009 issue of Consumer Reports. People keep asking me about the articles – maybe because WDJ has been described as the Consumer Reports of the dog world? That used to make me happy, but now, I don’t know.

In case you missed it, here are the highlights of that magazine’s coverage:

Who came up with these pearls of wisdom? They weren’t named; they were only described as eight experts in animal nutrition from seven top veterinary schools. Well, that’s part of the problem right there. The giants of the pet food industry make huge investments in the education of veterinary nutritionists; Consumer Reports, to its credit, did note that seven of the eight experts have received some funding from the pet food industry. It’s no wonder that the best advice these experts can offer sounds as if it was written by industry itself. What I want to know is, who was that eighth expert? Would he or she like to write for WDJ?

For what it’s worth, this is how I interpreted the article’s main points:

•For the past decade, sales of dog foods that are considered “premium” (expensive ingredients, high-priced) have been growing faster than the sales of cheap foods. The makers of cheap foods spend a lot of money on feeding trials that prove that dogs can survive just fine on cheap food; they see no reason for people to be buying more and more expensive food.

•Homemade diets take far too long to explain. People are not smart enough to feed themselves properly, much less dogs. Owners should leave thinking to the experts.

•Don’t look at the ingredients list! It could burn your eyes! Instead, look at the column of numbers under “Guaranteed Analysis.” See? It all adds up to 100 percent. So stop worrying!

Note: I mention two different brands of vacuum in the article on page 20. Don’t be influenced by this! Consumer Reports is still absolutely the best place to find reliable, independent information about vacuums. And cars, too, I hear.