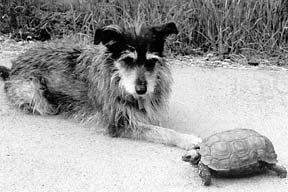 We always knew that Josie, our mixed-breed terrier, was an exceptional dog. We just didn’t realize how exceptional she was until the day Fred went missing.

Fred was a 14-inch, 15-pound, South American yellow-foot tortoise who lived in our yard along with his same-species companion, Barney. Every evening when I got home from my long work day at the Marin Humane Society, Josie would accompany me to the back yard as I collected the turtles and stashed them under the heat lamp in their basement pen for the night.

One summer evening I couldn’t find Fred. With Josie by my side, I looked in all his favorite hiding spots. He wasn’t hiding beneath the blackberry branches or tucked under any of the boards we had provided as hiding places. He wasn’t wedged under the deck stairs, or nestled behind the artichoke plant in the garden. I started to worry, and as I tend to do when I’m worried, I talked to Josie.

“Where’s the turtle, Josie?” I asked rhetorically – or so I thought – using the same question that I often posed as we rounded up the turtles each night.

Josie darted away from my side and stood next to the fence, wagging her tail. I thought nothing of it, and resumed my turtle search, to no avail. Several minutes later I paused again, and voiced the same question. Once again, Josie ran to the exact same spot in the fence, sniffed the ground and wagged her tail.

I may be slow, but I’m not stupid. This time I got Josie’s message. I walked over to where Josie was standing and looked. Sure enough, there was Fred. He had fallen in a crevice and was trapped between the chain link fence and a retaining wall. If not for Josie, he would have died there.

Lest you think this was an accident, Josie has since found missing turtles on numerous occasions, most notably when Jammer, our African hingeback tortoise, discovered a loose board on the fence and decided to explore the neighborhood. Josie tracked him straight to a neighbor’s yard and found him buried six feet deep in a lush patch of ivy. Recently, Josie’s turtle-finding talent was called into service every night for several weeks when weed-whacking fell to low priority on the chores list and the grass in the turtle yard grew waist-high. Using a terrier nose to find tortoises each evening was much more efficient than searching through the deep grass for them.

Untapped skills
All of our dogs are capable of far more than we ever ask of them. Their senses, especially their hearing and ability to smell, are so highly developed that they can perform feats that appear miraculous to us. Their physical abilities can cause us to gape in awe, as demonstrated by the prowess of highly-skilled Frisbee and Agility dogs. And they have all kinds of talents that, unless we look for them, we may never notice; hidden talents that reveal their versatility and breadth of their potential to think, reason and learn.

We asked members of the Association of Pet Dog Trainers (APDT) from around the country to tell us about their dogs’ hidden talents. The APDT promotes positive training methods which tend to encourage our dogs’ willingness to develop and demonstrate spontaneous behaviors. The following are some of their stories. We hope that they will inspire you to study your own dog for behaviors that could be channeled and encouraged for the purpose of helping and entertaining you and your friends and families.

A dog retriever
We all know dogs who can retrieve tennis balls, Frisbees, ducks, and even sheep, but a dog who retrieves other dogs? Barbara Esenberg, of Happy Tails Dog Training in Riverside, California, was working with a client’s Siberian Husky in a large (625 acres) fenced property. The exercise for the day was “Come,” and the Husky was having none of it. For a lark, Barbara told her own dog, Bandit, to “Go get her!”

Bandit took off like a shot, body-slammed the Husky, then ran back toward Esenberg. When the Husky didn’t follow, Bandit figured more extreme measures were called for. He ran back, grabbed the other dog’s neck and growled, then headed back toward Esenberg. This time the recalcitrant Husky came along. Esenberg says she has made use of this talent of Bandit’s on a number of occasions since, and Bandit has yet to fail to convince the other dog to return.

Will hunt for food
Every wild mushroom hunter knows that Chanterelles are one of nature’s true gifts in life. Betsy Cambareri of San Bruno, California, reports that her dad always searches for Chanterelles when he takes Maggie for hikes in the foothills. Maggie has caught on to the game, and on at least two occasions has found the luscious golden mushrooms and brought them to Dad without being asked. At a retail price of $15 to $20 per pound for this earthy delicacy, Maggie may have found herself a lucrative career akin to that of the truffle-hunting pigs in France!

Food is a powerful motivator. We take advantage of that fact in positive reinforcement training to get our dogs to offer behaviors that we can reward and thereby reinforce. Food sometimes reinforces behaviors of its own accord and without our blessing, whether we like it or not.

Carol Clark’s Border Collie, Duke, of Kansas City, Missouri, took the art of food hunting to a higher plane. (After all, Border Collies are over-achievers!) He learned how to open the refrigerator and help himself, and he even shared with his friends. One day Carol came home to find her Siberian Husky devouring a block of cheese in the living room, while Duke munched on the kitchen floor with a bottle of white wine and a bucket of Popeye’s chicken. Needless to say, Carol was motivated to find a way to shut Duke out of the food source, first with Bungee cords, finally with a Velcro strap.

Serious service dog
Wheelchair-wielding Debi Davis, of Tucson, Arizona, clicker-trains Papillons as her service dogs. She notes that the problem-solving ability of dogs trained with positive reinforcement, rather than through the use of force, is nothing short of astounding. One day, her wheelchair rolled away from her. Her service Papillon immediately tried to bring it back but a front wheel got stuck behind a table leg. His several attempts to unstick the wheel were unsuccessful. The creative little dog looked at Davis, sniffed the air, and caught a whiff of the garlic chicken treats in her bait bag.

Turning and facing the chair with renewed determination, he backed up ten feet, took a running jump, and landed in the seat of the chair, the weight of his small body effectively dislodging the wheel from the table leg. He proudly brought the chair the rest of the way to Davis and received his Click! and garlic chicken jackpot.

Bedside manners
Teoti Pulli, of Thoughtful Paws Dog Training in Lexington, Kentucky, is one of those “early to bed” people. One day her husband mentioned to her that it would be really nice if she would leave a light on for him, since he always came to bed later than she did. “But I do leave the light on!” she insisted. They proceeded to have one of those marital “discussions” that ends with no satisfying conclusion for either party.

The next night, just as Pulli was drifting off to sleep, she felt Merlin, her loyal Sheltie, rise from his sleeping spot at the foot of the bed. Peeking through half-closed eyelids, she watched him tiptoe over to hubby’s side of the bed and plant his black button-nose on the lamp. Since the bedside light was a “touch-on, touch-off” lamp, the light blinked off. With the pesky light no longer in his eyes, Merlin ambled back to the foot of the bed for a good night’s sleep.

Later, it was ridiculously easy to put this behavior on cue, so neither Pulli nor her husband has to so much as reach to turn the light on or off; they just ask Merlin to do it!

A different finish
Sometimes when we think we are teaching our dog one thing, we are actually teaching him something else entirely.

In obedience competitions there are two ways to get a dog to do a “finish” (where the dog goes back to heel position after sitting directly in front of you following a recall). For the first, known as “back” or “swing,” the dog goes to your left, makes a half-circle toward you and sits at your left side facing forward. For the second, known as “get around,” the dog goes to your right, circles behind you, comes up on your left side and sits, facing forward. Either one is allowed in the show ring. Small and athletic dogs are generally taught the left-hand finish, and may even execute it with a stylish leap and spin in mid-air. Some large dogs find the tight turn required for the left-hand finish to difficult, and are more frequently taught the right-hand finish.

Lynn Richards, of Manchester, New Hampshire, tells of spending months working diligently to teach her nine-month-old Great Dane to do the right hand finish, patiently luring him behind her with a treat, day after day after day. One day, fed up with his lack of progress, she just looked at him and said, “Apollo, Heel!” To her surprise he leaped in the air (all 140 pounds of him), spun, and did a perfect left-hand finish. Richards figures he must have been watching her other dogs do the “swing” finish all those months.

Puppy etiquette instructor
Mandy Book, of Oz Training in San Jose, California, adopted a puppy when her mixed breed female, Tonka, was two years old. Tonka, who never played with toys on her own, learned that if she squeaked a squeaky toy, the pup would run over to investigate and then play with the toy for a while, leaving all the human attention for Tonka!

Tonka also took it upon herself to teach food manners to every visiting pup. Tonka would stand in front of her food bowl and deliberately take out one piece of kibble and drop it on the floor. When the pup (naturally) went for it Tonka would promptly administer an effective canine correction. The visitors quickly learned to leave Tonka’s food alone.

Talents or troubles?
Some hidden talents are useful, like finding lost turtles, fetching other dogs, and retrieving stuck wheelchairs. Other talents, like raiding the refrigerator, are behaviors we could live without.

Every dog has hidden talents. Maybe your dog has already revealed his to you. If he hasn’t, start watching him more carefully. If you are observant, and encourage your dog’s creativity by rewarding spontaneous behaviors, you will discover what they are. Reinforce the behavior you find entertaining or helpful with a marker signal (a Click! of a clicker or an enthusiastic “Yes!”) and a treat. In time, perhaps you, too, could have Chanterelle mushrooms on your dinner table tonight!

Also With This Article
“More on Hidden Talents”

Pat Miller, a dog trainer from Salinas, California, is a regular contributor to WDJ. 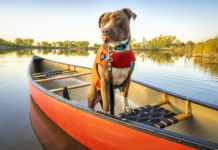 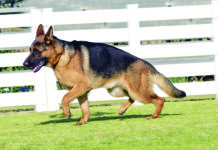 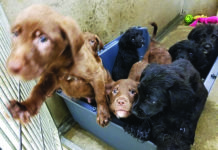 Puppy Mills and the Inadequacy of the Animal Welfare Act