It’s been nearly 2 1/2 years since we lost our precious dog Linus to hemangiosarcoma. He was a sweet, silly, athletic Portuguese Water Dog and was just shy of his 10th birthday.

We got up one Saturday morning in April with plans to play at the park, then give him a bath in preparation for his first therapy dog visit the next day. My husband, Paul, got up before me and I heard him say, “Hey buddy, are you okay?” Linus was laying down panting in the hallway. When we went out to the family room, Linus ambled out and dropped to the ground. We called the emergency vet to let them know we were on our way.

I had to carry Linus to the car and into the veterinary hospital because he couldn’t stay on his feet. They took him back right away. After what seemed like an eternity, the veterinarian came out and said that Linus was in severe shock and appeared to be bleeding into his belly. I have a number of friends who have lost dogs to HSA, and I was terrified. I kept asking, “Do you think it’s hemangiosarcoma?” I remember thinking it was so surreal to be sitting in the vet office hoping that my dog had ingested poison, because at least there may be something to do about it.

They did an ultrasound, which found multiple masses on Linus’ spleen and liver.

The veterinarian reviewed our options: surgery to remove whatever tumors he could (but it was likely that Linus wouldn’t survive surgery); try to slow/stop the bleeding and buy some time (likely a few days); or make no attempt at treatment and let him go. I just couldn’t believe that a few hours before we were making plans for the weekend and now were contemplating how to manage Linus’ final hours or, at most, days. I desperately wanted to get him home; I didn’t want him to die in a vet office. We decided to try to control the bleeding to see if he could improve enough to make it home. The vet called a couple hours later to say that despite transfusions and medication, Linus’ clotting function was non-existent and we needed to make a decision. We raced back.

We found Linus in so much pain and distress that we decided we needed to help him depart immediately. Another situation I never imagined – please, please hurry and euthanize my wonderful dog. Linus was gone in just a few minutes. My beautiful, funny, intelligent, loving dog who always lived life to the fullest was gone.

I can’t count the number of times I’ve pondered the decisions we made over the course of Linus’ life. Did this or that contribute to his cancer?

Linus had allergies that began before he was a year old. We tried everything under the sun: elimination diets, frequent baths, various medications, etc. He was on Apoquel for some time; it helped significantly with his itching. Sometime later he developed a nasty skin infection, which we treated with antibiotics and increased the Apoquel. A few months after that, I found some small black growths on the skin of his elbow. We had them biopsied, and while they weren’t harmful, the dermatologist said Linus’ immune system should have prevented them from growing; the Apoquel may have suppressed his immune system too much. We discontinued the drug; fortunately, what is now Cytopoint was newly available and we started that with success. Should we not have used the Apoquel? I have no idea. I do know that it gave him relief when nothing else seemed to help and made a drastic difference in the quality of his life.

Another event happened about 10 months before he died. He had ambled across a yellowjacket nest in the ground and a number of yellowjackets stung him. I’ve never seen anything like it. It was awful. His face puffed up like that of a prize fighter. The emergency vet treated him with antihistamines and a two-week course of steroids. Another immune suppressor – might that have opened the door to the cancer? The timing makes me think it’s possible. I’m not a fan of steroids, but for his situation, I think it was necessary to help him recover.

A month or two later he seemed not quite himself – a bit less enthusiastic about things he usually loved. Then he recovered. He had his annual physical a week or two later. Everything seemed fine. I told the vet that he had this period of a few weeks where he was a little subdued. I said, “You know I’m scared to death of hemangiosarcoma.” He said we could do an ultrasound if I wanted, but added that there wasn’t much that could be done for HSA. In the unlikely event that we had been able to detect HSA at that point, a splenectomy and chemo might have bought us just a couple more months. His last six months of life were great, and it would have been heartbreaking for us to have spent that time dealing with the discomfort of treatment that would likely accomplish little.

On the other hand, I was comforted by the fact that for most of his life we gave Linus a raw, fresh diet. I loved making his food, and he loved eating it! I hope it helped him live longer than if he had been on a different diet.

The multitude of questions continue to swirl in my head and heart. In the end I try to remind myself that we made the best decisions we could at the time with the information we had, always with the intention of providing Linus the best life possible. And most importantly, we loved that wonderful dog and enjoyed a beautiful life with him. – Joanne Osburn 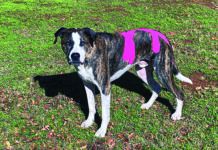 Using Kinesiology Tape On Your Dog 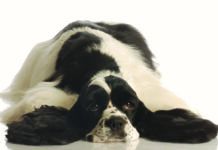 Dog Seizures: Signs, Causes, and What To Do When a Dog Has a Seizure 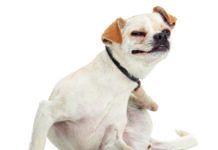